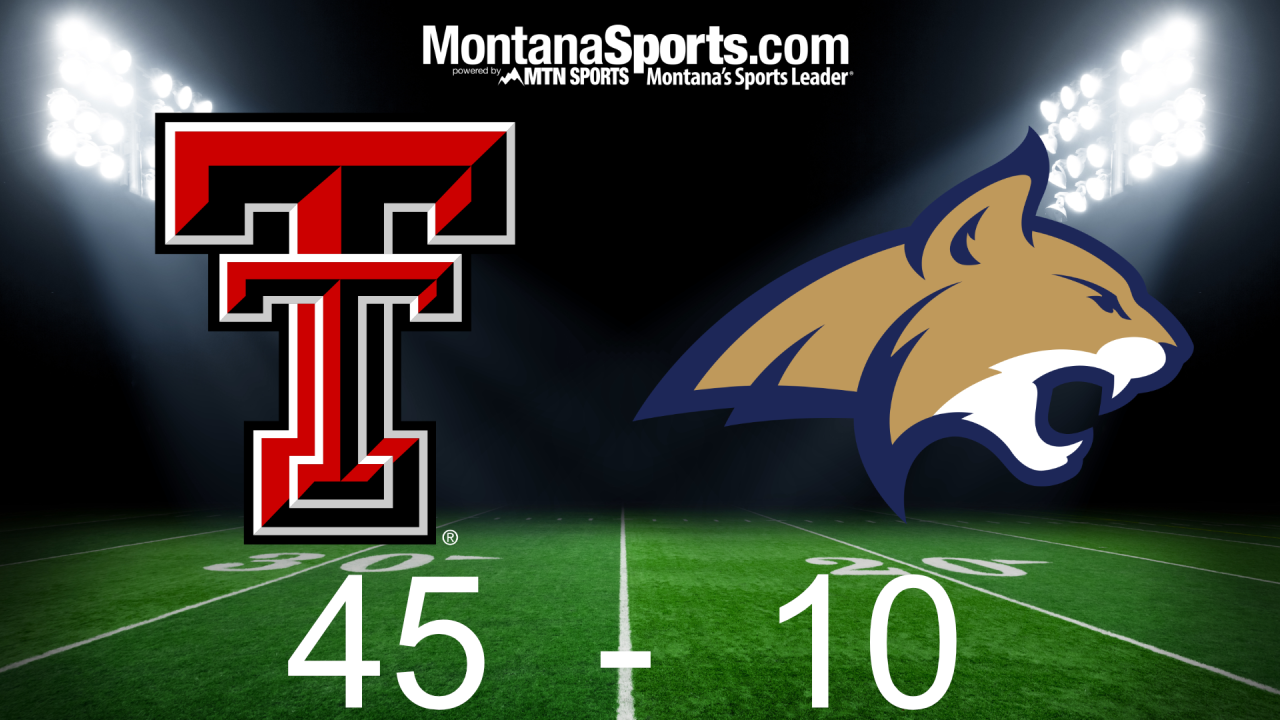 LUBBOCK, Texas — Alan Bowman completed 40 of 55 passes for 436 yards and two touchdowns as Texas Tech ran away from Montana State 45-10 in both teams’ season-opening football game of 2019.

Bowman, one of last year’s top true freshmen, was patient against MSU’s defense, using short passes to move the chains. He completed passes to 11 different receivers, with touchdowns to Xavier White and McLane Mannix. White finished with five receptions for 107 yards.

Montana State’s offense struggled in Casey Bauman’s first start at quarterback, going three-and-out on its first four possessions. The redshirt freshman did throw a touchdown pass to Coy Steel, a 31-yard strike in the second quarter that brought MSU to within 14-7, but the Bobcats managed only eight first downs in the game and 283 yards overall.

TURNING POINT: Armand Shyne’s 69-yard touchdown run midway through the second quarter. After a Bauman touchdown pass to Steel sliced the Red Raiders lead to just 14-7, Shyne burst through the middle of the Bobcats' defense and rumbled down the far sideline on just the second play of the drive, putting a halt to MSU’s momentum. Tech scored again before halftime, SaRodorick Thompson’s second score of the half, to put the Red Raiders in command.

STAT OF THE GAME: First downs, total yards. Texas Tech recorded 35 first downs to MSU’s eight, while tallying 691 yards of offense, 7.27 yards per play. Montana State managed 283 yards on offense. The Bobcats were also only 2 of 15 on third downs.

GAME BALLS: Bowman and Shyne. Tech’s sensational sophomore quarterback threw for 436 yards and a pair of touchdowns, while rushing for one more score. Shyne gained 128 yards on just 11 carries, the 69-yard touchdown the play of the game. For Montana State, Bryce Sterk had a nice game on the defensive front, tallying six tackles and a sack against the Red Raiders’ quick-paced offense.