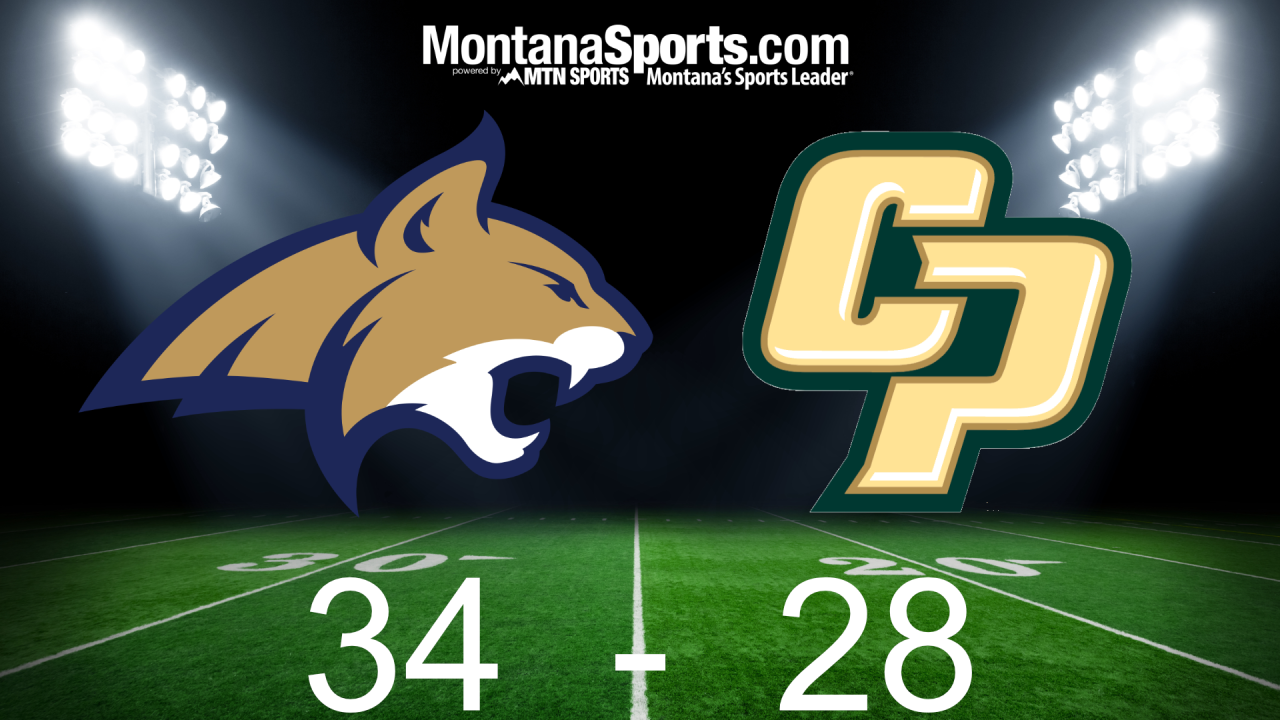 Even with running back Isaiah Ifanse returning to the Bobcats' offense, Jonsen was MSU's catalyst, carrying the ball 11 times for 85 yards and two scores in the game. He added three receptions for 70 yards.

Cal Poly opened the scoring with a time-consuming drive in the first quarter to take a 7-0 lead, but Montana State scored 28 unanswered points to seemingly put the game out of reach in the third quarter. The Mustangs, though, got three quick TDs in the fourth to tie the game and force overtime. The Bobcat defense got the big stop to start the overtime session, setting up Jonsen's heroics and sending the Bobcats back to Bozeman with a 5-1 record.

TURNING POINT: Derek Marks sacked Cal Poly quarterback Jalen Hamler on 2nd-and-15 to push the Mustangs back on their first overtime possession. After starting with the ball on the Montana State 25-yard line, Cal Poly lost six yards and then Colton Theaker pushed a 48-yard field goal attempt wide right. The Bobcats made quick work on their first overtime possession with Jonsen covering 25 yards on three carries for the game-clinching touchdown.

STAT OF THE GAME: The game stats were as close as the final score would indicate, as the teams were even or near-even in most categories. Cal Poly dominated time of possession, using 73 rushing attempts to control the ball for nearly 39 minutes. But the Mustangs averaged just 3.4 yards per carry and couldn't generate any offense on their most crucial possession of the game in overtime.

GAME BALLS: Jonsen, Jahque Alleyne and Derek Marks. Jonsen was the brightest spot of Montana State's offense, which also got rushing touchdowns from Logan Jones and Tucker Rovig and a great receiving TD from Kevin Kassis. Alleyne, who missed the first half after he was ejected for targeting in MSU's win over Northern Arizona last week, made two impact plays: His 38-yard punt return set up a Montana State touchdown and his fourth-quarter interception secured, at worst, overtime. Marks was in on 11 tackles from his defensive tackle position and had three tackles-for-loss.

WHAT’S NEXT: Sixth-ranked Montana State returns to Bozeman for its Homecoming game against Sacramento State. Kickoff is set for 2 p.m. on Oct. 12 at Bobcat Stadium. Cal Poly travels to UC Davis, which has lost three consecutive games.