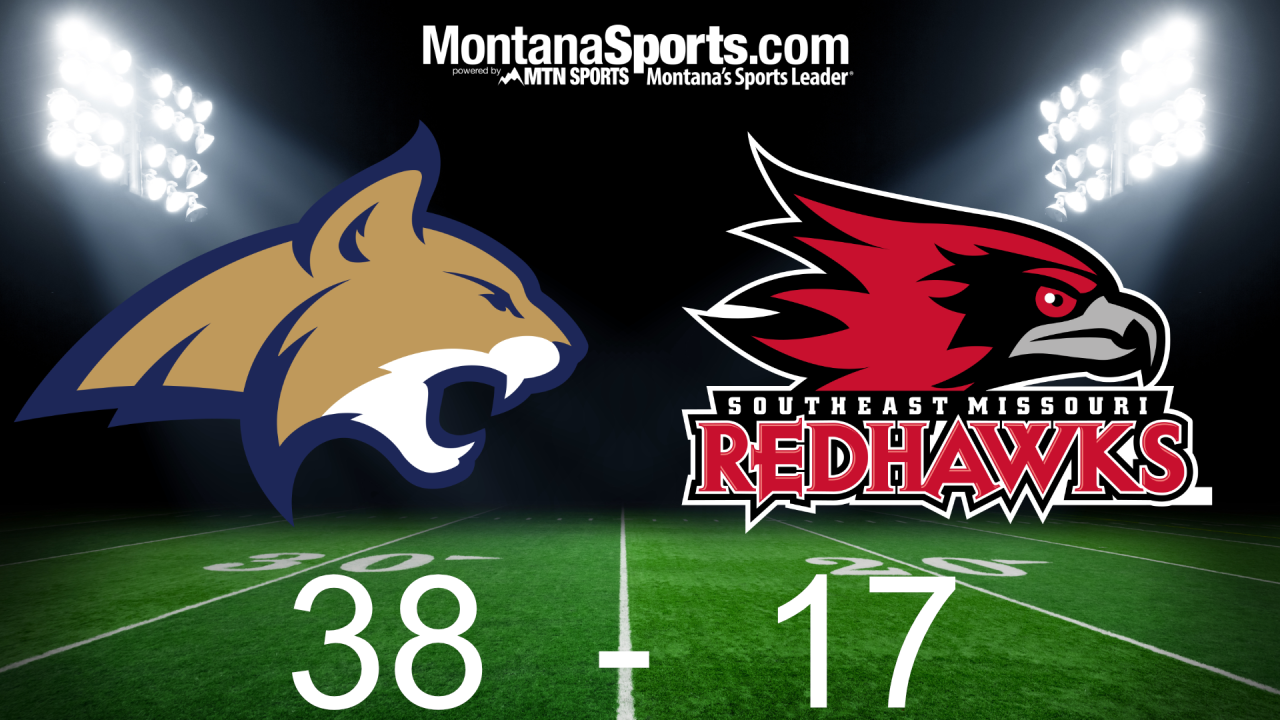 BOZEMAN -- Troy Andersen and Isaiah Ifanse combined for 216 yards on just 17 carries to lift Montana State to a 38-17 win over Southeast Missouri State at Bobcat Stadium on Saturday.

Andersen scored a touchdown on his first touch of the game in the first quarter, but MSU and SEMO were tied at 10 going into the halftime break. The third quarter was all Montana State, though, as the Bobcats rolled to 28 unanswered points in the period. Casey Bauman hit Kevin Kassis for a big play in the passing game, DeMareus Hosey scored his first career touchdown, Andersen added his second touchdown, Logan Jones scored a 55-yard TD on a shovel pass and Karl Tucker II also found the end zone.

Bauman, in his second career start, completed 13 of 24 passes for 136 yards, and Kassis caught six balls for 85 yards.

TURNING POINT: Halftime. The Bobcats dominated the third quarter, outscoring SEMO 28-0 in the period. MSU had 250 total yards, averaging 10.9 yards per play, compared to just 44 total yards for the Redhawks in the third. MSU took a 38-10 lead into the fourth, which proved too much for SEMO to overcome.

STAT OF THE GAME: Total yards, rushing yards. MSU outgained SEMO 434-218 overall and 243-131 on the ground. Isaiah Ifanse had 116 yards on 11 carries and Troy Andersen added another 102 yards on just six carries. The Bobcat defense, meanwhile, limited the Redhawks to 218 total yards and recorded six sacks in the game, three by Bryce Sterk.

GAME BALLS: Sterk, Andersen. Sterk had another three sacks against SEMO, bringing his total to four on the season. He led the way for a strong performance by the MSU defensive line, which spent a lot of time in the Southeast Missouri backfield. Andersen was his normal big-play self, scoring two touchdowns on offense in limited action.

WHAT’S NEXT: Montana State (1-1) heads back out on the road to Macomb, Ill. to play Western Illinois (0-2). The Bobcats defeated the Leathernecks in last year's season opener 26-23. WIU is coming off a 38-13 loss at Colorado State.