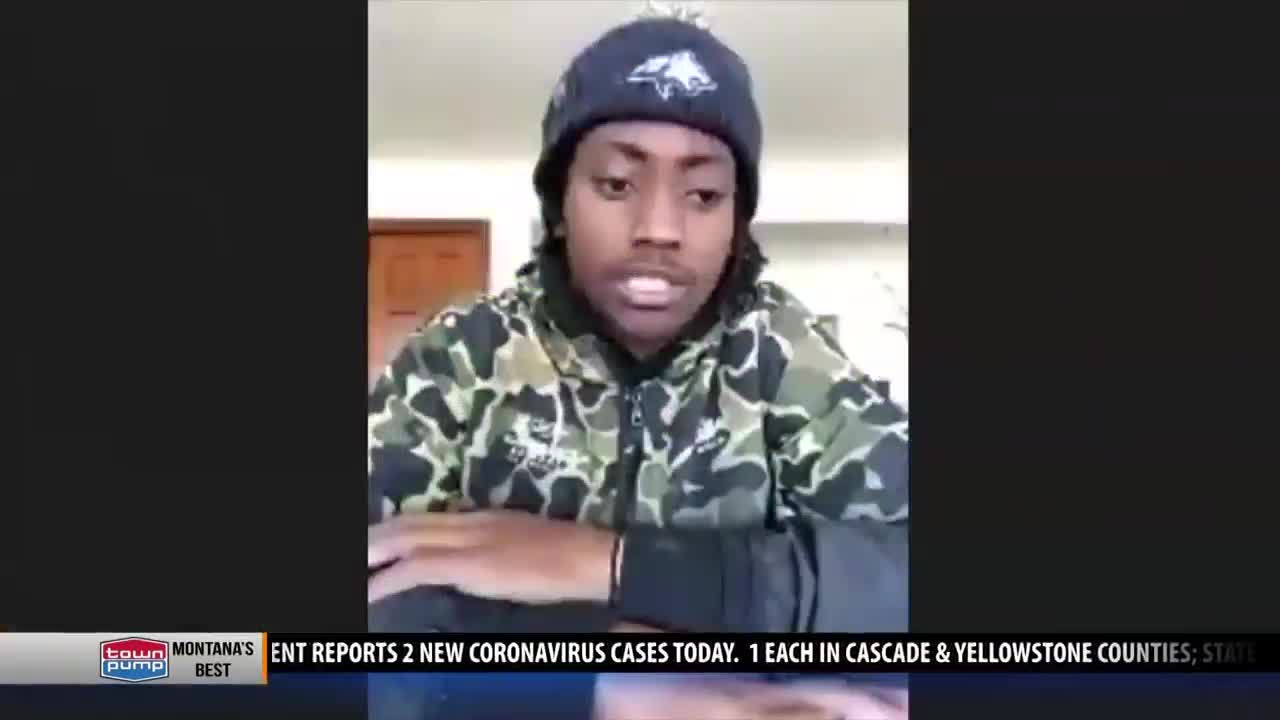 BOZEMAN — It was a whirlwind but an exciting weekend for former Montana State Bobcats Travis Jonsen and Bryce Sterk in regards to the next phases of their football careers.

“We knew going into the draft, just because of with the virus going around, that the guys that couldn’t make it to the (NFL Scouting) Combine or actual pro days were kind of going to get the short end of the stick," Sterk said of his chances of getting selected in the 2020 NFL Draft.

However, Jonsen just wanted a shot to go pro.

“I didn’t expect to get drafted," said Jonsen. "I just wanted the opportunity."

Sometimes going undrafted can be a blessing, as players can sign anywhere they want if they don’t hear their names called in the draft.

“You get to see what teams like me more, what teams need me and stuff like that, so it gives you a little more opportunity to set yourself up for success,” Sterk said.

After going undrafted, Jonsen, a multi-dimensional wide receiver, signed with the Tampa Bay Buccaneers and Sterk with the Miami Dolphins.

“For me, it was just finding a spot where I have a chance to compete for a spot on the roster, and (with) the Bucs we saw that opportunity," Jonsen said. "My agent and I, we thought that was the best place for me to be.”

“Just to even be on the same field as them is a blessing and to get a spot would be another blessing," Jonsen said.

Sterk was a stud defensive end for the Bobcats, but he will be making the move to other side of the ball for the Dolphins.

"Miami Dolphins called me about a week ago asking me if I could possibly move to tight end, if I could catch a ball and stuff like that, so I said sure," Sterk said. "I figured it’s always an option if nothing else works out, and then, from what I heard, a lot of teams reached out to (Montana State coach Jeff) Choate and my agent if I could possibly play tight end. I didn’t even know about it until recently. So it’s not like out of this world, like the Dolphins were the only ones doing that, but it sounds like it was an option for some other teams, as well."

The Dolphins were looking for someone with Sterk’s resume to play the position.

"From what the Dolphins are saying, they want a defensive guy to play tight end, because what (Dolphins tight ends coach George Godsey) said, it’s a different mentality on different sides of the ball and kind of bring a defensive mind to the other side," said Sterk.

Despite not being teammates anymore and on separate teams in NFL, Sterk and Jonsen will only be four hours away from each another in Florida if all goes well.

“That is pretty cool," said Sterk. "Maybe we can meet up somewhere in Orlando and go to Disney World.”

“I think that’s pretty cool we ended up in the same state," Jonsen said. "So, yes, Sterk, we can go to Disney World. “