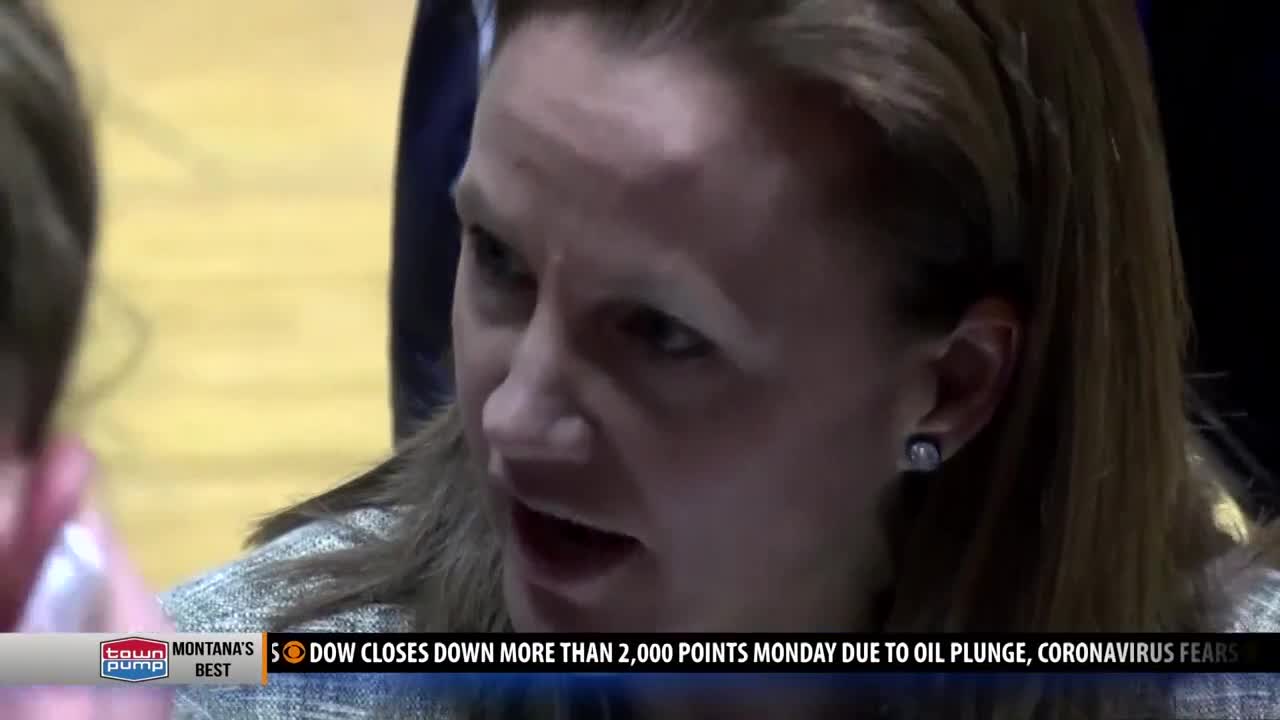 BOZEMAN -- After leading Montana State to a historic 2019-20 Big Sky Conference season, Bobcat coach Tricia Binford was named the league’s Coach of the Year on Monday. Montana State senior forward Fallyn Freije also became the third Bobcat to earn Big Sky Conference Player of the Year honors in the last five seasons, and three of her teammates were also mentioned as the league doled out its post-season awards on Monday.

The award is Binford’s second – she was also honored after the 2015-16 season – but only the third in the history of the MSU program. This year’s Bobcats finished the league season with a 19-1 record, the most wins and second-highest winning percentage in conference history, and enter the Big Sky Tournament with a 23-6 record. Since dropping a home game on January 9 the Cats have won 15 consecutive games, and MSU’s scoring margin in league games of +17.8 is more than five-and-a-half points per game better than what any Big Sky team has managed in the last decade.

Montana State’s all-time leader in coaching victories (251) and games coached (453), Binford joins Judy Spoelstra (1992-93) as the only Bobcat conference coach-of-the-year honorees. Montana State’s 23 wins this season is two shy of the program record, set by Binford’s Big Sky regular season and tournament championship team in 2016-17 which made the program’s second appearance in the NCAA Tournament.

The conference’s coaches saw this coming, naming Freije Preseason Big Sky Player of the Year last fall. She proved them right in her only season at Montana State by scoring 13.7 points and grabbing 7.7 rebounds a game, one of three Big Sky players to in the league’s top 10 in both categories. The Elmore, North Dakota, product earned All-Big Sky Honorable Mention honors twice during her three years at North Dakota, and with her 838 points at UND and 398 this season has scored 1,234 points in the conference. Freije is the eighth Bobcat to earn league MVP honors.

Squires was perhaps the Big Sky’s most versatile player this season, scoring 11.5 points a game, finishing second on the team with 86 assists and 42 steals, and grabbing 2.7 boards a contest. She was Third Team All-Big Sky a season ago and has scored 1,156 points in her four seasons at MSU. She led MSU in scoring as a sophomore, and this season was among the top 15 players in the league in assists, steals, and three-pointers made.

White took the league by storm in her first season, finishing 13th in the Big Sky with 12.9 points a game, ninth with 3.7 assists per game, and second with 2.8 steals an outing. She is the third Bobcat to earn Freshman of the Year honors, and was one of only three freshmen honored on the all-league roll.

Only the second Bobcat to earn the league’s Top Reserve honor, Martell was second in the Big Sky in three-point field goal percentage (.434 in conference games) and sixth in three-pointers made (2.3 per game) in Big Sky contests. The junior guard scored 8.3 points a game, dished out 42 assists, and logged 29 steals as a spark off the bench.

Montana State won the Big Sky with a 19-1 league record, the most conference wins and second-highest winning percentage in league history. Bobcat players held down three of the 20 All-Big Sky first, second and third team, and honorable mention, selections – Freije on the first team, Squires second, and White an honorable mention choice.