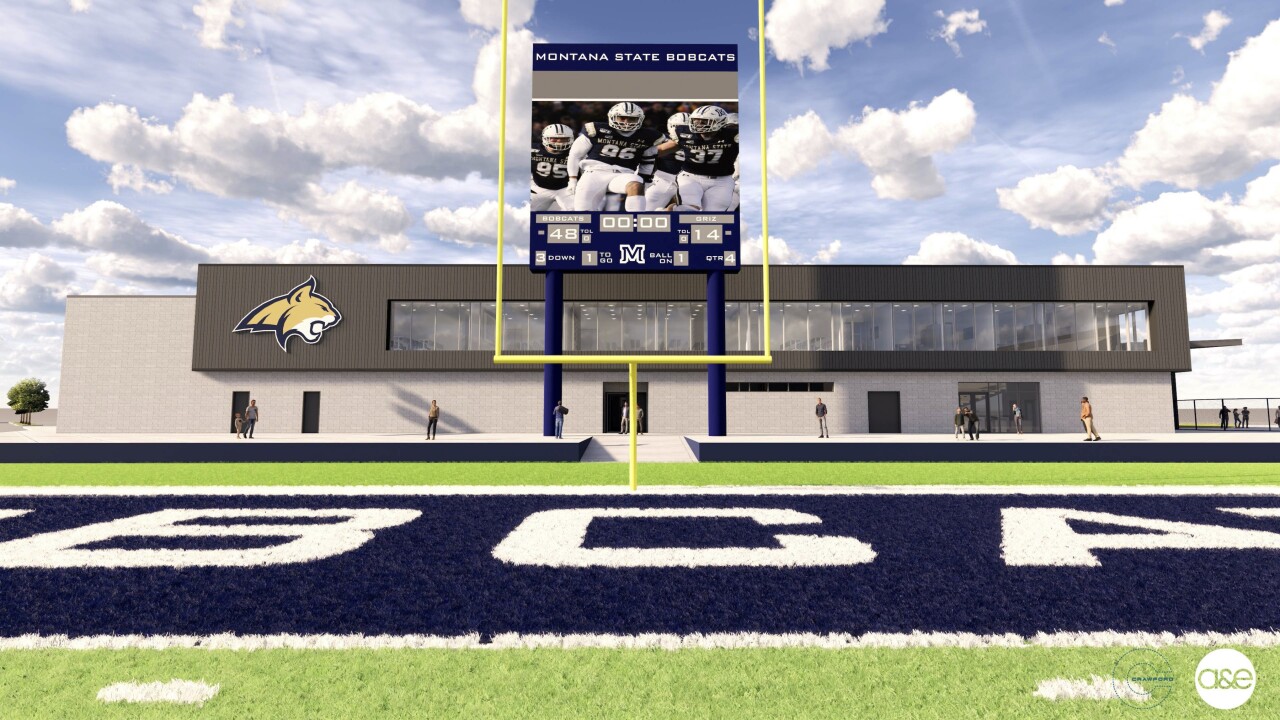 A rendering of the planned Bobcat Athletic Complex seen from the north end zone of Montana State University&#39;s Bobcat Stadium. 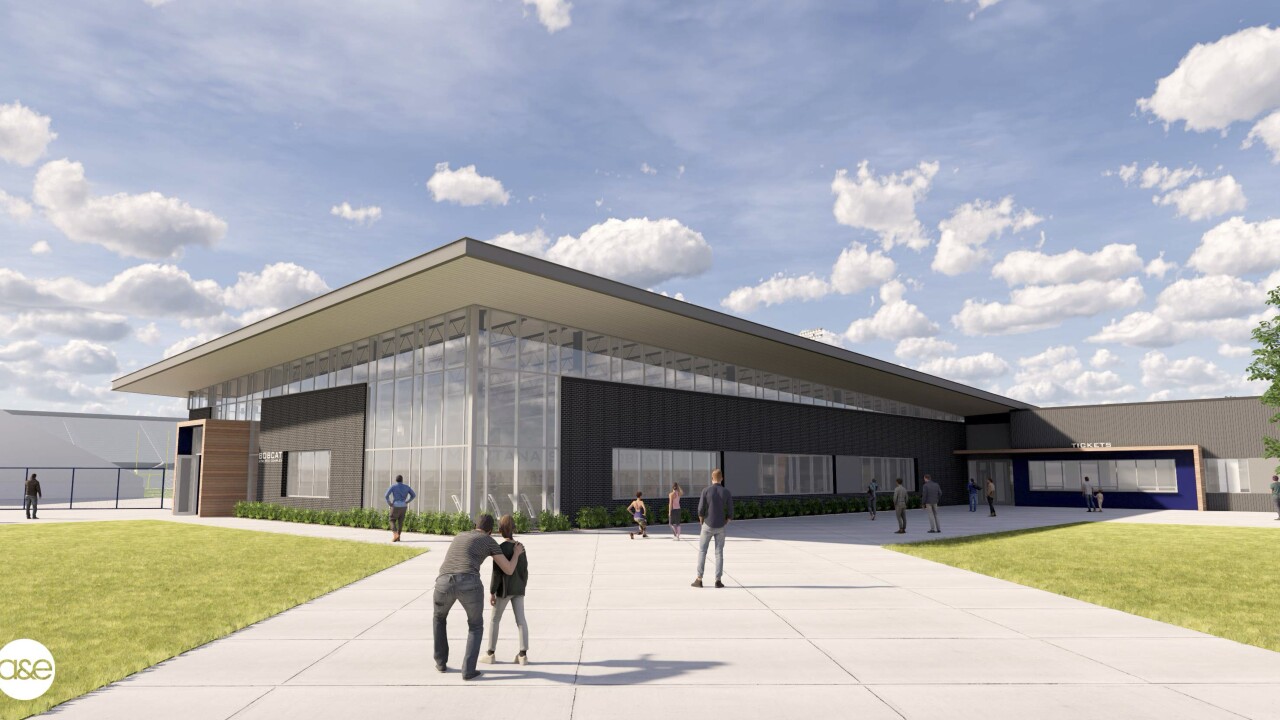 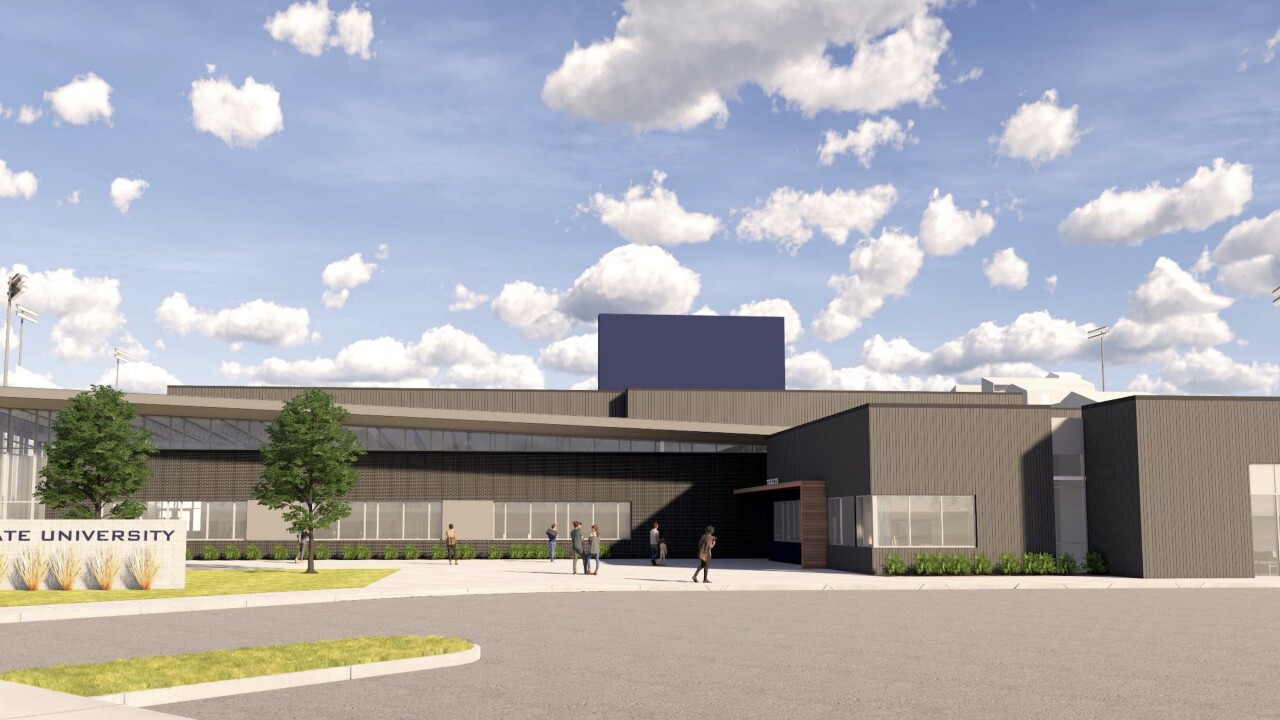 BOZEMAN – Construction will begin in early May on Montana State University’s Bobcat Athletic Complex, a donor-funded $18 million addition to the north end of Bobcat Stadium that will become the new home of the university’s football program.

The 40,000 square-foot facility, expected to open in August 2021, is the result of the largest fundraising campaign in Bobcat Athletics history, said Chris Murray, president and CEO of the MSU Alumni Foundation. A total of 525 donors contributed to the project, raising the needed funds in just two years.

“The success of this project is truly a testament to our Bobcat family of fans and friends,” Murray said. “We can’t thank them enough for supporting our student-athletes.”

That sentiment was echoed by MSU President Waded Cruzado.

“We’ve been able to do truly remarkable things for our student-athletes thanks to alumni and friends who believe in a brighter future for the next generation,” Cruzado said. “The Bobcat hearts of our donors are in the right place. We owe them many thanks.”

The two-story building will house football locker rooms, team rooms, equipment storage and offices for coaches, as well as sports medicine, training and rehabilitation spaces that will help all student-athletes. It will be designed by A&E Architects of Bozeman and Crawford Architects of Kansas City, Missouri. Martel Construction will be general contractor.

“This facility reflects the mission of Bobcat Athletics to develop excellence in the classroom and competition, as well as support the holistic approach to student-athlete well-being,” said Leon Costello, MSU athletics director. “The BAC mirrors the facility growth on the MSU campus and growth within Bobcat Athletics. It will also be a great welcome center to the south end of the MSU campus.”

In addition to supporting the continued growth of MSU’s football program, Costello noted that the project will support all student-athletes thanks to the renovation of the former football offices in the Brick Breeden Fieldhouse. That space will become an expanded and accessible Academic Excellence Center, providing MSU’s roughly 350 student-athletes with additional space for tutoring, group study and advising.

“Right now, space for academic support is at a premium in the fieldhouse,” he said. “The expanded support spaces will ensure that all Bobcat student-athletes have the resources they need to excel in the classroom.”

The BAC is part of Phase I of the Athletics Facility Master Plan, which was published in 2017. This 20-year plan for MSU’s athletics facilities envisions renovating and constructing facilities, such as an indoor performance facility and tennis and golf center, to serve student-athletes and fans. Details about the Master Plan are available online.

With construction fencing and earth moving planned to begin in early May, head football coach Jeff Choate said it’s humbling to reflect on the level of support that the MSU community has shown.

“In just a few years, we’ve been able to do something that people have been talking about doing for 25 years. That’s thanks to our campus leadership and generous donors,” Choate said. “It’s a strong reminder that, as advanced as the Bobcat Athletic Complex will be, it’s people that make the transformational power of college athletics a reality.”