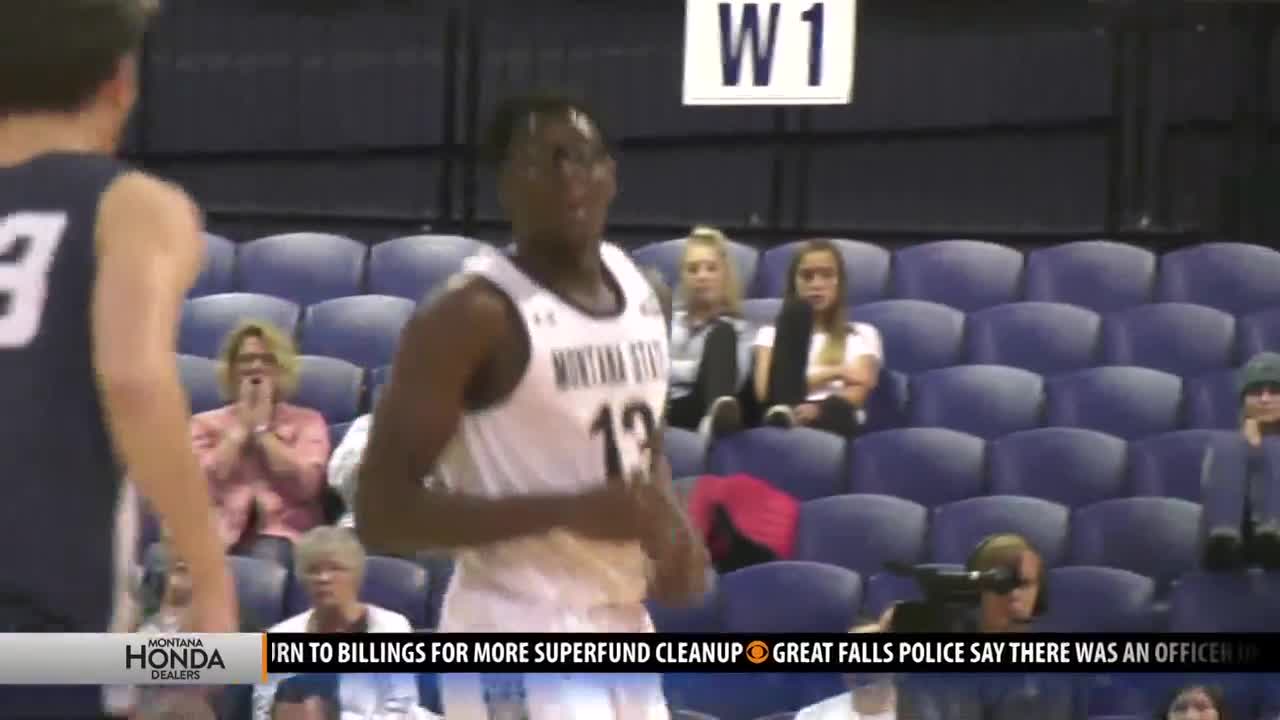 BOZEMAN -- Montana State scored the first 13 points of the second half to turn a two-point lead into a runaway 82-46 win over Colorado Christian in Worthington Arena on Tuesday.

Ladan Ricketts led all players with 15 points, and his two 3-pointers in the first two minutes of the second half keyed the Bobcats' decisive run. Jubrile Belo sandwiched those treys with layups to set the tone for Montana State, who answered a 37% shooting first half with a 62.5% clip in the second. The Cats finished the game at 50.8% from the floor and held Colorado Christian to 30.5% shooting. Ricketts shot 5-for-7, all from behind the arc, and added three steals.

"Ladan Ricketts," Bobcat coach Danny Sprinkle said when asked the difference between the first half and second. "I thought him shooting the ball and really opening it up (was the difference). He made two threes right in a row and kind of opened up the game and got the guys more confidence and some energy."

The Cougars controlled the tempo during the first half, shooting just 35.3% but attempting seven more shots than the Bobcats. CCU forced only four turnovers before halftime, but turned it over only twice.

Sprinkle was pleased with his team's increased defensive intensity in the second half. "Obviously we finally got some stops defensively. The first half we were terrible. It was immaturity, I think. We need to learn from this. We're playing an all-Division I schedule from here on out and you can't have halves like that defensively. Offensively, yeah, you might have some halves where you're not shooting the ball well, but defensively that's unacceptable."

Montana State's next outing is Saturday against Green Bay at 6 p.m. in Worthington Arena. That begins a four-game stretch that features a high level of competition and two home games. The Cats host South Dakota State at 8 pm on December 5 as the back end of a men's/women's doubleheader before visiting North Dakota State on December 16 and CSU Bakersfield on December 19.