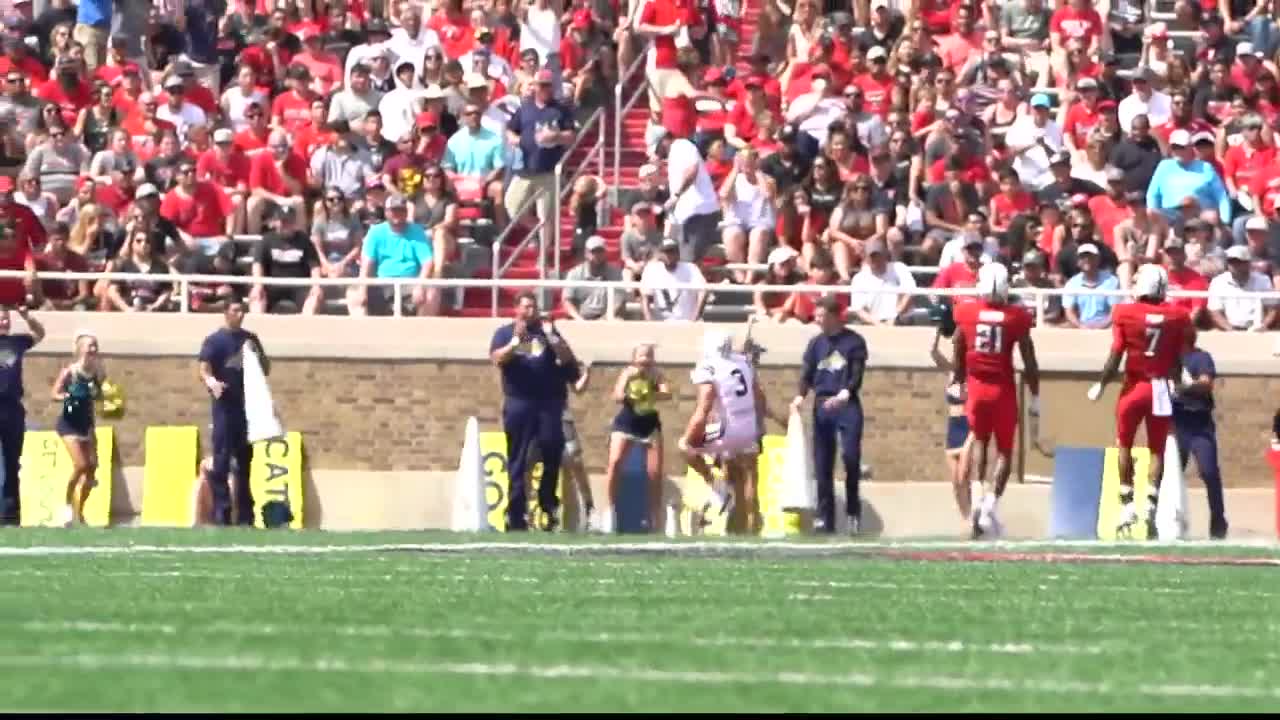 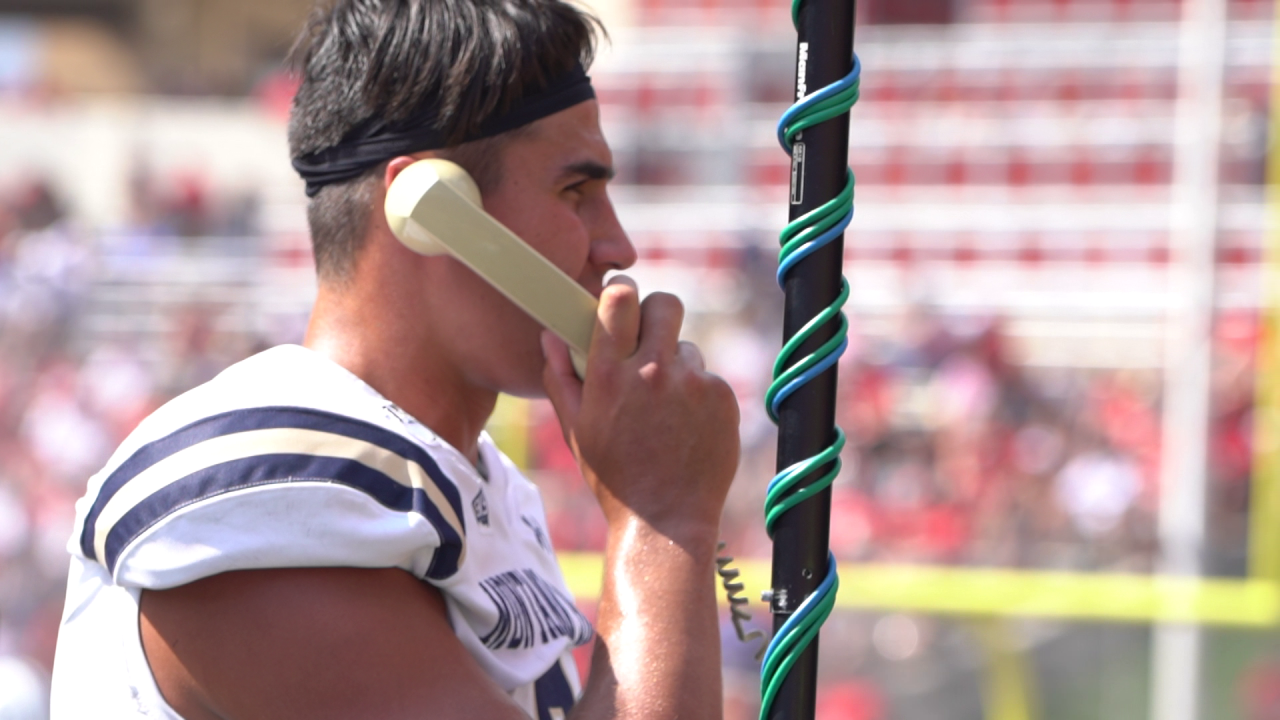 Bowman was brilliant in Tech's high-tempo offense, completing 40 of 55 passes for 436 yards and two touchdowns. Bauman and MSU started slow, going three-and-out on their first four drives, as Bauman was actually replaced by backup Tucker Rovig on the Bobcats' third possession.

But MSU's rookie signal-caller settled in on the team's fifth possession, completing two impressive passes -- a 35-yard connection down the right sideline to a diving Kevin Kassis and a 31-yard scoring strike over the top of the Red Raider defense to Coy Steel that brought MSU to within 14-7 midway through the second quarter.

“Kevin is always open. I give those guys chances and they make plays for me,” Bauman said of Kassis' spectacular catch. “Coy ran a great route, the line blocked it up awesome and it was wide open. It was a great call by coach (Jeff) Choate and (offensive coordinator Matt) Miller, and we made it work.”

Bauman finished the game with only seven completions on 19 attempts, good for 120 yards and a touchdown. But he and the offense didn't turn the ball over with an interception or fumble, and that was one of the best takeaways for head coach Jeff Choate.

“They were playing some off coverage, and he mentioned he would like to have a couple throws back," Choate continued of Bauman. "I think in the first half he had some wide-open guys but wasn’t able to put the ball on them. But he did some nice things for us as the game progressed. I thought he did a better job of calming down and taking what was available. He stood in the pocket and took some shots, and I was really proud of that. I think he can continue to develop as a runner. He’s a better athlete than a lot of people think, and I think he figured out (Saturday) that his legs can be a weapon and we can continue to evolve in that way."

“I would like a couple throws back. Sometimes they were bringing pressure and I didn’t pick it up, but I think there’s a lot of stuff to learn from and we’ll be back next week,” agreed Bauman, who also rushed 10 times for 13 yards while being sacked only once.

One of the greatest points of emphasis for Choate, offensive coordinator Matt Miller and Bauman was seeing how Bauman would respond to early nerves in the largest stadium and highest level of game he's participated in.

“They were there, for sure," Bauman said of the nerves. "Coming into a Big 12 stadium and playing, they were there for sure. I think once we got moving, we were able to do some good things.”

Bauman and Montana State return to Bozeman for their annual Gold Rush game on Saturday, Sept. 7, where the familiar atmosphere is sure to be calming and beneficial, according to Bauman. But the opponent, Southeast Missouri State, is a top-25 foe that had two sacks, an interception and allowed only 18 first downs in a 44-26 win over Southern Illinois on Thursday.

“We get them at our house, we get the opportunity to play a top-25 team, that’s going to be a really good test for us," said Choate. "That’s an opportunity for us to get this taste out of our mouths. I think our guys will be excited to play.”

“We’re excited to get back to Bobcat Stadium and open up there. It should be fun,” Bauman added.

MSU and SE Missouri State kick off at 6 p.m. on Saturday at Bobcat Stadium.