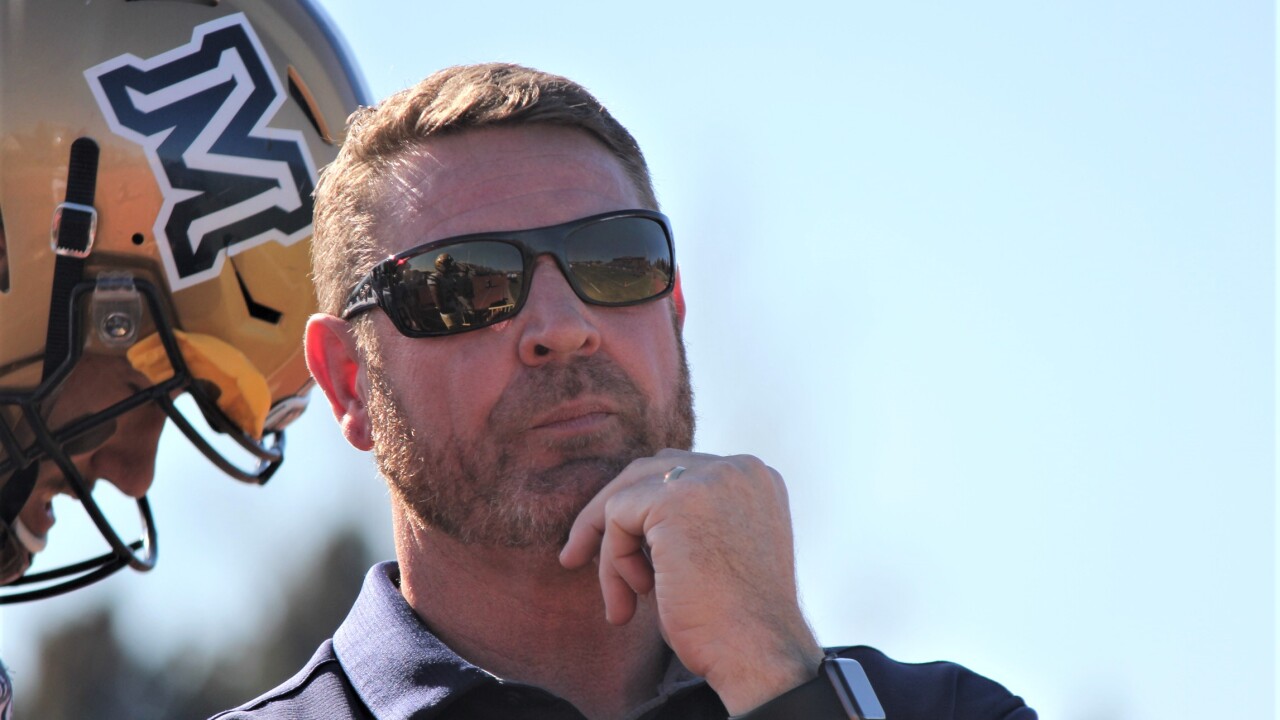 BOZEMAN – There’s nothing football coaches would rather do than coach football, but a strong second place is emerging in the Montana State football offices this spring.

“Talking ball,” says Bobcat head coach Jeff Choate when asked how his coaches fill the hours that otherwise would have been spent coaching players on the field or in meetings and video sessions. “I think most of our guys are connecting with other coaches (at different schools) and talking about football, about schemes and coaching techniques and that sort of thing.”

“I spent some time on Zoom (Tuesday) talking football with Jim Michalczik (MSU offensive line coach 1992-98) talking football,” said Bobcat offensive line coach Brian Armstrong. “We talked about general stuff, different protections and run game stuff. By this point everyone’s getting kind of bored so we try to get on a Zoom meeting once or twice a week and do some professional development, compare some notes on what works good for them, what works good for us.”

The process of sharing information in the age of self-quarantine arrives at the intersection of technology and old-fashioned networking. While coaches frequently communicate with peers across the college football landscape, a spring period normally devoted to practice and recruiting has never presented itself as mandatorily void of activity.

The process began as the intersection between coaches’ insatiable drive to watch video and the innate need to network.

“I think Army (offensive line coach Brian Armstrong) does a lot of this kind of thing,” said Garrett Becker, who coordinates video for the Bobcat football program and directs the Bobcat Athletics creative services effort. “And he watches a lot of video.”

In the process of structuring MSU’s run game for the 2020 season Armstrong and tight ends coach Nate Potter, himself a one-time NFL lineman, have remained active by utilizing web-based video calls. These sessions often feature screen-sharing and chalk talks.

“Coach Potter and I spent some time with a 49ers assistant last week, a coach from Buffalo, a coach from U-Dub (Washington). There have been a few so far," Armstrong said.

While Armstrong has been a Bobcat offensive assistant since Choate built his first coaching staff in 2016, and Potter played in Chris Petersen’s Boise State system that Choate once coached in, Justin Udy is in a different situation. He enters his first season coordinating Montana State’s offense after three seasons in non-coaching roles at Utah State and Texas Tech. Previously he’d risen to the level of offensive coordinator at two NAIA schools.

Udy said that while some coaches stage formal discussions and invite peers to join, others pop up organically.

“It’s been a combination of tuning in to some that guys are doing, and actually doing a back and forth” conversation with others, Udy said.

While most Bobcat assistants are quenching their thirst for football by interacting with coaches from other college staffs, everyone on the Montana State staff is participating in weekly video sessions with high school coaches to fill a void left by the program’s regular and popular spring coaches clinic. More than 100 prep coaches participated in MSU’s first clinic on April 14.

“I thought it went really well,” said MSU special teams coordinator BJ Robertson. “We’ll do it every Tuesday night at 7 pm for 11 weeks or until things return to normal. One (Bobcat) coach, one topic, one hour.”

Choate admits the value of spring football may be overstated at times, but “nothing beats being on the field and coaching,” he said. But Choate is also enthusiastic about the emerging pattern of interaction.

“I think we get into our rut where we do what we’ve always done, and this has forced us all to use the technology that’s available and to leave our comfort zone to some degree," he said. "So I think this is about finding positives in a negative situation. And when you do that, it’s worthwhile.”