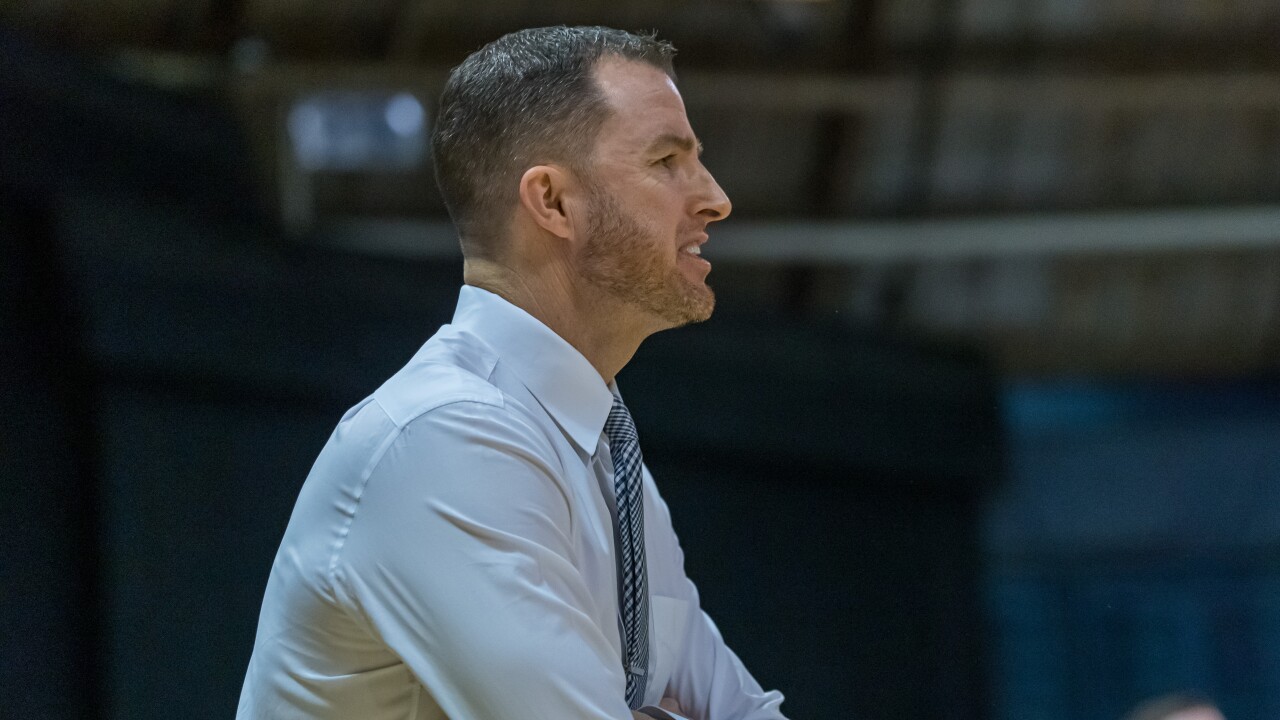 BOZEMAN – It had been over four months since the Montana State men's basketball program held any organized team activities inside Worthington Arena due to the coronavirus pandemic. The Bobcats took a step toward their 2020-21 calendar year on Monday as the team opened the required summer activities period in its home confines.

The step was the first for both Bobcat newcomers and returners that were able to get on to the court as a group in Brick Breeden Fieldhouse for the first time since the 2019-20 season came to an end.

"I knew they'd be out of shape," Montana State head coach Danny Sprinkle said. "I knew they hadn't done defensive slides in five months and some of these new guys had never done them and it showed. But I was pleased. They had great energy and great effort. It was pretty much what we expected."

"The mindset was just to come in and work," Sprinkle said of the team's first day together. "Our (returning) guys know what the standard is and the new guys found out what it is today. I don't care what you do but compete. Even if it's 1-on-0, if it's defensive slides, boxing out, talking, be the best one in the gym for that rep."

Monday's two-hour practice session was split between two groups. The first hour was spent working with the newcomers to the program while the second half featured a collection of Bobcats who had already played under Sprinkle a season ago.

"We obviously planned that for the first couple of weeks," Sprinkle said. "We wanted to get with our new guys and have more individual attention with them so they can get more reps and so they know exactly what we expect from them. We'll start incorporating a veteran with a young guy here next week, but we want to spend more time breaking stuff down like the intricacies of our defense and make sure they're doing it right."

A majority of the team is in Bozeman and participated in Monday's practice period. While the work on the court wasn't as in-depth as it will be in-season, the required summer activity period allows the Bobcat contingent on campus an opportunity to gel over the next few weeks before the fall semester begins.

"It's fun just to see some of the new guys' talent and some of the stuff they can do," Sprinkle said. "Some of them can really shoot it and they all bring something different which I like."

MSU's summer athletics activities will be focused on the little things until the school year starts. Being able to work on the fundamentals on both the offensive and defensive sides of the floor is something the program is taking in stride as the program builds back up after an extended time away from competition.

"They've been off for four or five months," Sprinkle said. "There's nothing like getting on the court and actually doing defensive slides and doing it over and over. Some of these guys will be sore tomorrow, they haven't been in a stance in awhile. They're working and are having great attitudes which is all we can ask for right now."