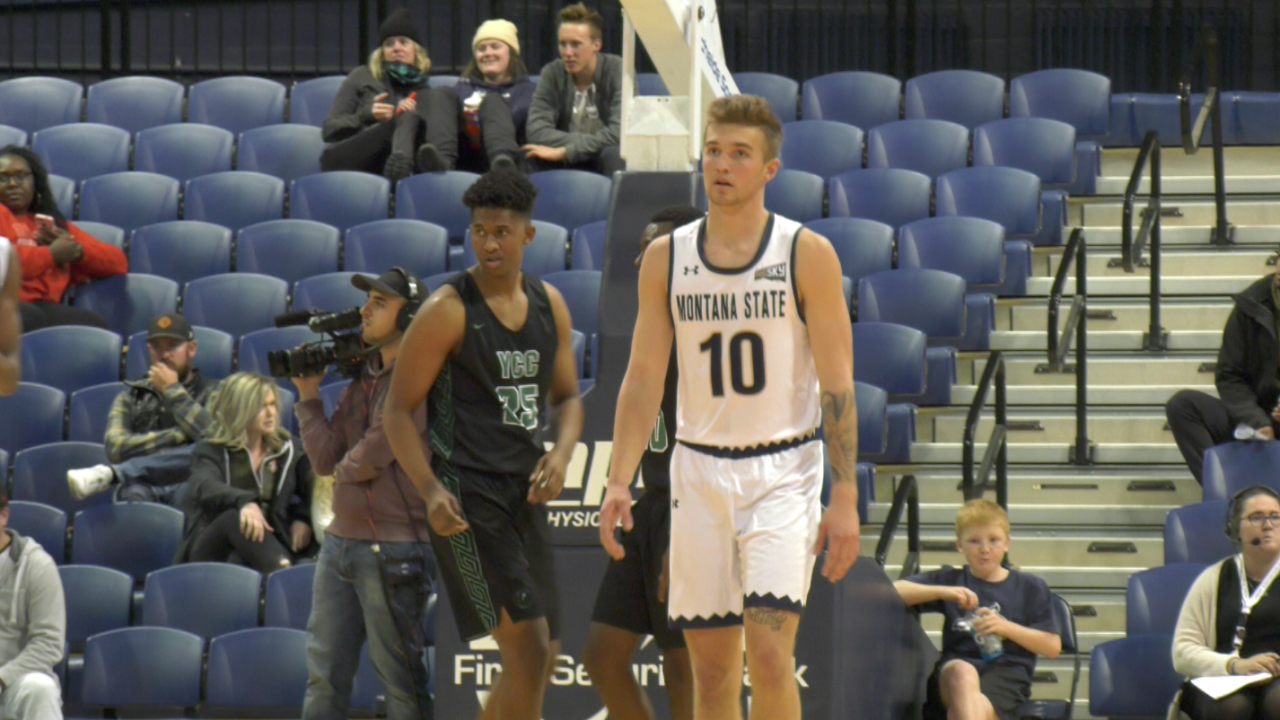 Nick Petraccione/MTN Sports
Montana State&#39;s Caleb Bellach had a game-high 19 points in the Bobcats 94-43 win over Yellowstone Christian in their scrimmage Wednesday night.

BOZEMAN -- One season after Montana State opened the season with a home loss to Utah State, the Bobcats nearly returned the favor on Tuesday. But the 17th-ranked Aggies shot and made 20 free throws more than Montana State in an 81-73 win that wasn’t sealed until the closing seconds.

Bobcat coach Danny Sprinkle, in his debut leading the program he starred for 20 years earlier, saw his team use a second half a second-half spurt to lead for about six minutes of the second stanza. MSU trailed by just three in the final 20 seconds when Aggies guard Brock Miller hit a three-pointer to seal USU’s victory.

Utah State finished 35-for-45 from the free throw line, with reigning Mountain West Player of the Year Sam Merrill hitting 17 of his 18 charity tosses. The Cats finished 16-for-26 from the line. The Aggies out-rebounded MSU 41-to-36, but Sprinkle lauded his team’s rebounding. “Obviously we didn’t win the rebounding battle, that was our goal, but they had 10 offensive rebounds at halftime and we were better in the second half.”

Frey liked his team’s willingness to battle. “I thought we came out and competed our butts off,” he said. “We competed for the whole 40 minutes.”

The Bobcats, 0-1 on the season, host Rocky Mountain on Saturday at 4 pm in Worthington Arena.