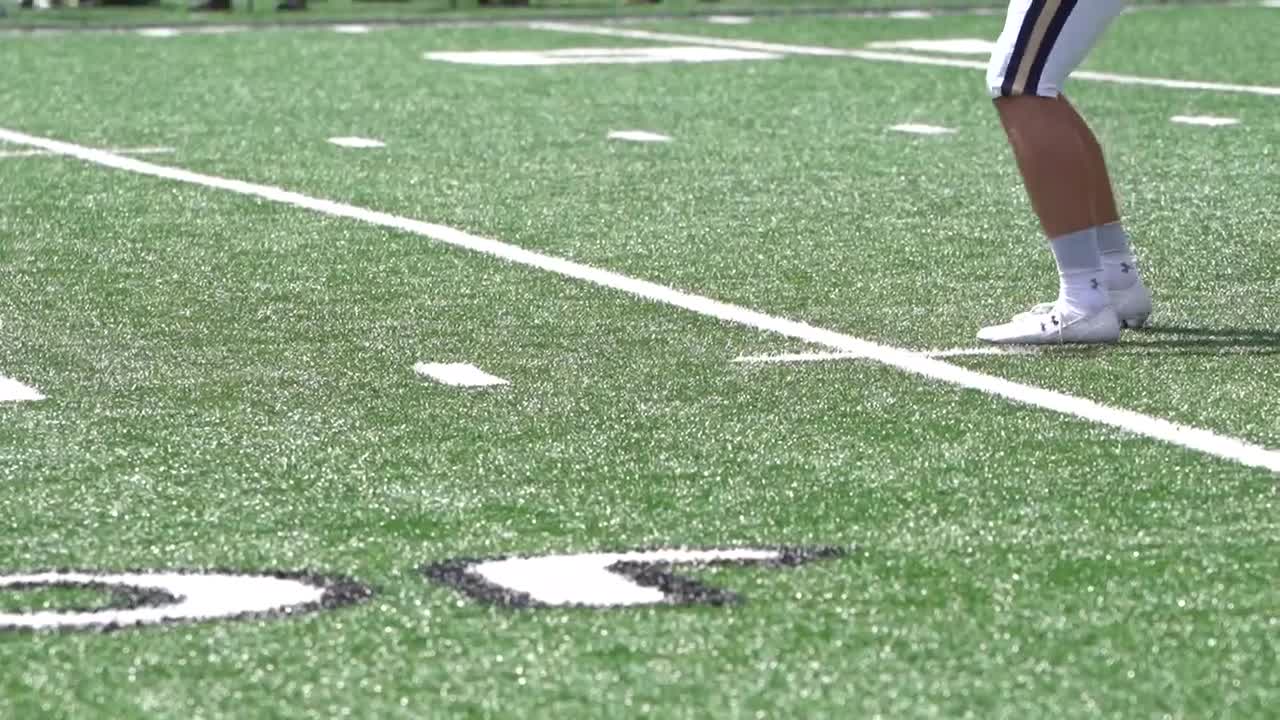 BOZEMAN — It’s uncommon a team’s punter is one of its biggest weapons.

But Jered Padmos has often played a big role in Montana State’s success on the football field. His performance last November at Washington-Grizzly Stadium is one of the many reasons the Bobcats were able to rally from a 22-0 deficit to win the rivalry game in thrilling fashion.

“Since he came in as a true freshman and started right away for us and got thrown into the fire, and he handled it well. He’s battled-tested, and he’s really elevated his game at some of the biggest moments,” said Montana State special teams coordinator B.J. Robertson. “Obviously last year up in Missoula he did an outstanding job of really flipping the field for us.”

As big as Troy Andersen, Travis Jonsen, Bryce Sterk and Tucker Yates were in the comeback win, Padmos proved pivotal, as well.

He punted seven times at Montana, booming two of the kicks more than 50 yards in the third quarter. The Bobcats downed both of those kicks inside the UM 5-yard line, as well as one in the second quarter that ultimately set up MSU’s first score of the game.

This year, Padmos, now a senior, has been equally as effective. He ranks second in the Big Sky Conference, averaging 45.0 yards per punt. He has a long of 76 yards and has pinned opponents inside their own 20-yard line 12 times.

The rivalry games, last year’s playoff berth and his stellar MSU career are all part of a dream come true for the Jefferson High graduate.

“It definitely means a lot. It was kind of like one of my goals that I’ve had since I was younger to play (Division I) ball,” Padmos said. “I was just lucky enough to get to kick and punt at a young age at Jefferson High. Coach allowing me to put that on show for people and give me the opportunity to do that was really great.”

“Just basically, whatever your dreams are, you don’t want to give up on them,” he added. “This is something, throughout middle school and high school I was told that I was too small or it’s not possible to go through a Class B school to go DI. That’s a big thing to me is going through that Class B school and being able to do this, it’s been a big goal of mine and it’s been a dream come true.”

Said Robertson: “He’s been a Bobcat since he was a young kid, so it means a lot to him to have this opportunity and to be able to come out and compete every Saturday. He was a fan in the stands, and he doesn’t want to let those folks down, so he comes out and puts in his time. He definitely wants to make sure he leaves the program better than he found it, and so he’s proud to do whatever he can to help Bobcat Nation.”

But it’s off the field where Padmos is going to leave his biggest mark. He recently earned CoSIDA Academic All-District 6 honors for the second time, which recognizes student-athletes for their both their academic and athletic accomplishments. Padmos carries a 3.78 grade-point average in elementary education and plans to become a teacher and coach following his graduation from Montana State.

“It really brings enjoyment to me, and I enjoy doing it. It’s a lot of fun,” he said. “Just being able to impact young kids’ lives is just what I’ve wanted to do, and that’s why I want to go into teaching.”

And it started long before he was a Bobcat. Back when he was a Panther in Boulder, Padmos mentored kindergartners as a middle schooler. As he got older, he helped out at a daycare during the summers when he wasn’t working out or coaching at camps.

Now in Bozeman, he works with kids at Bridger Creek Golf Course between classes and practices.

“I have three daughters. They’re a little older now, but when Jered played for me they were like first, second grade, and then fifth grade, and he was always good around them. My kids, they love Jered,” said Clint Layng, who coached Padmos in football and basketball at Jefferson High. “We’ll watch the Bobcat games, whether we go to them live or watch them on TV, and they’re like, ‘Oh, when’s Jered going to come in, Dad?’ I go, ‘Well, when they punt.’ And Jered will come out, ‘Oh, I see him. I see him.’ They just get excited. He’s just a great kid, great personality, nice kid. I know that my three daughters, they adore him. They always look up to him, and they love watching him, especially on TV — they seem to get a kick out of that.”

But the adoration isn’t a one-way street. Padmos learns just as much from the kids as they do from him.

“Just being able to help them out, it brings so much to my life,” Padmos said. “It helps me become a leader, helps me to understand what I need to do going on into my career.”

Padmos and the Bobcats (8-3 overall, 5-2 Big Sky Conference) kick off against rival Montana (9-2, 6-1) at noon Saturday at Bobcat Stadium.