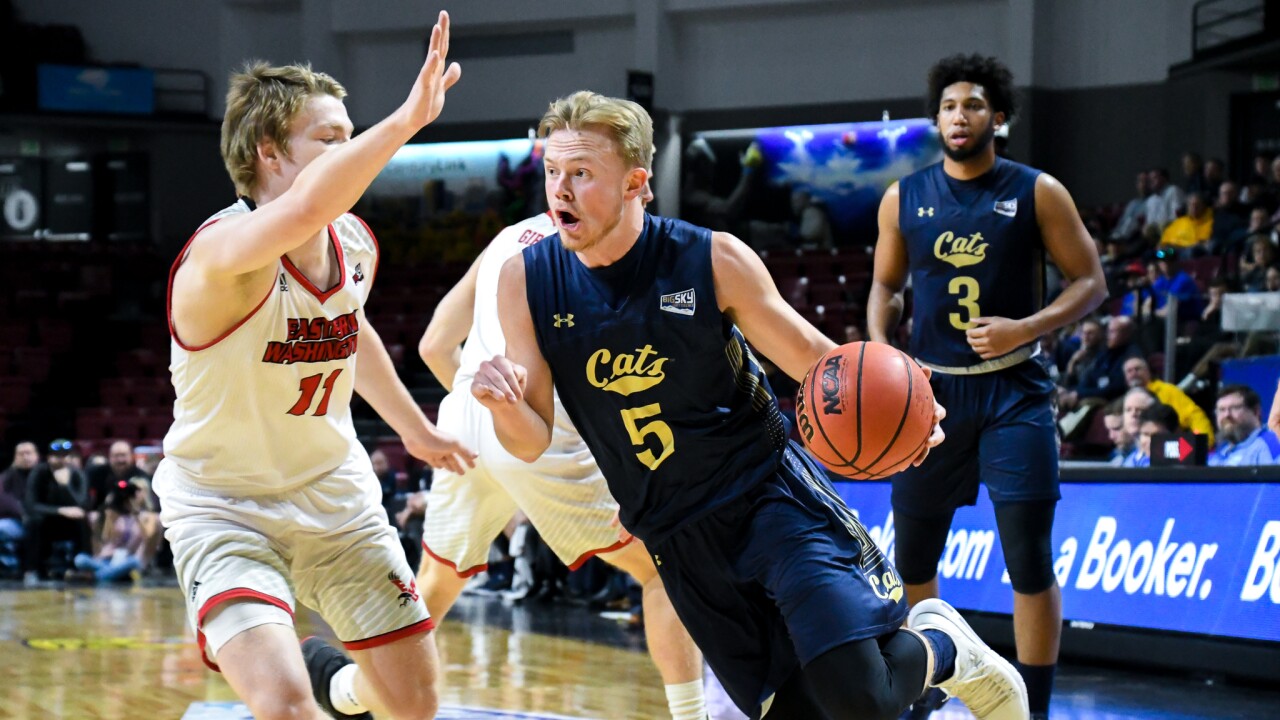 Frey has signed with Liberbank Oviedo Baloncesto of the Spanish LEB Oro league, the team announced Sunday. The LEB Oro league is the second-highest division of basketball in Spain. Frey, who is from Oslo, Norway, will join the team for the 2020-21 season.

Frey left Montana State as one of the best players in program history, finishing his career as the Bobcats' all-time leader in games played and started (127). He ranks second in MSU history in free throws made (456), assists (514) and 3-pointers made (270). His 1,890 career points rank third in program history, and he's one of just two players in Big Sky Conference history to record more than 1,800 points and 500 assists. Frey finished his Bobcat career with a stellar senior season in which he averaged 16.6 points, 4.6 assists, 4.3 rebounds and 1.5 steals per game on his way to first-team all-conference honors. He was a second-team all-conference selection as a junior in 2018-19 and the Big Sky Conference freshman of the year in 2016-17.

The Bobcats went 16-15, including a 10-10 mark in league play, last season during Frey's senior year. Their season was cut short by the coronavirus pandemic, though, as the Big Sky Conference tournament was canceled before MSU took the court in Boise, Idaho.

In addition to his college career, Frey has experience in the BLNO (Basketball League Norway). He played three seasons with Baerum Basket, starting in 2012-2013 at the age of 16, and one year with Centrum Tigers, where he averaged 16.9 points, 4.7 rebounds, 4.6 assists and 2.6 steals per game. Frey, who played for Norway at the 2019 Summer University Games in Naples, Italy, prior to his senior season at MSU, has already been called up to play with the Norwegian senior team.