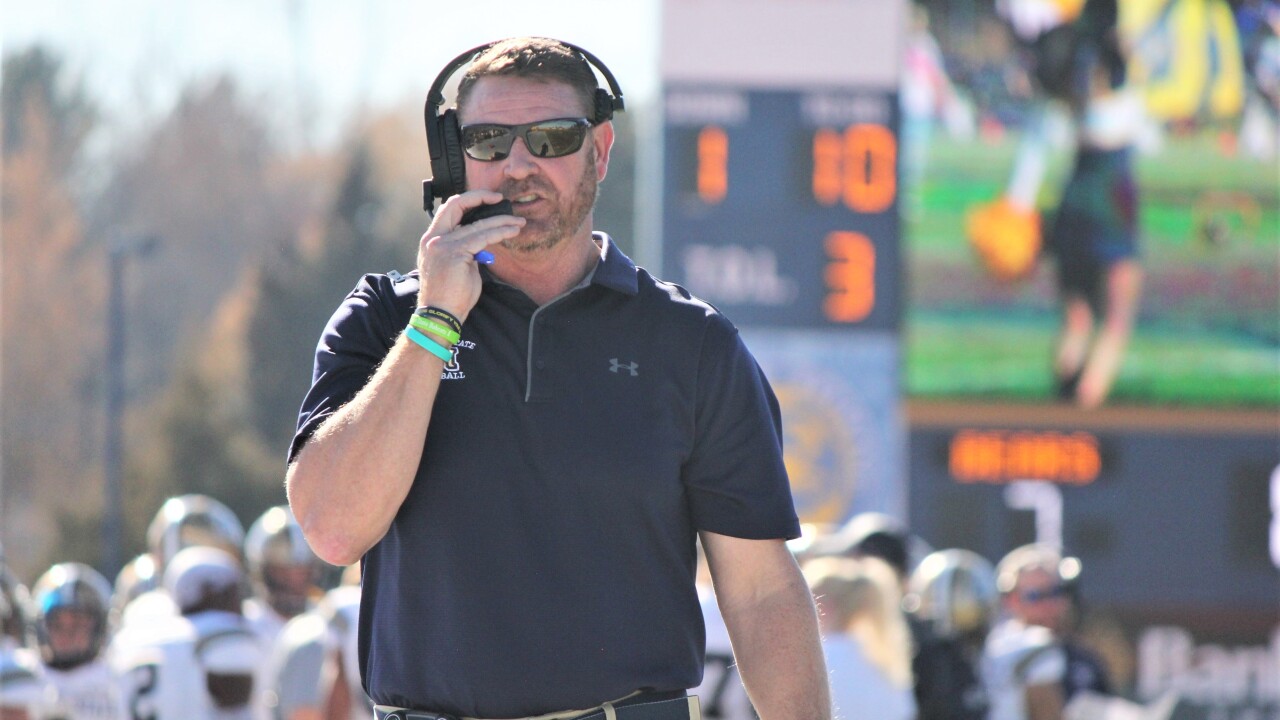 BOZEMAN -- After landing a large and talented class of 2020 recruits less than two months ago during the early signing window, Jeff Choate’s mission entering this recruiting cycle’s late period was pretty clear.

“We’re at a place now where we’re really filling needs,” Montana State’s fifth-year head coach said after the Bobcats signed eight players on Wednesday. "And I don’t think we’ve deviated from our DNA. These are each outstanding young men who are great fits for our program. Taken in total, this is a deep and balanced class.”

On Wednesday, Choate and his staff added from the prep ranks two running backs, a defensive back, an offensive linemen, and two specialists - a place kicker and a punter. Choate also announced that safety Jeffrey Manning Jr. and receiver Tayvian Williams are among the eight newcomers enrolled at MSU for the spring semester.

Choate is pleased with the class he and his staff assembled.

“I think that we’re recruiting at a very high level,” Choate said. “However you want to rank a class, I believe this one comes out as one of the best in the FCS, and that is because of the three most important elements we have to offer. First, we have a world-class place to live. When you look at the best places to live online, Bozeman always pops up. Second, this is a world-class academic institution. And third, we offer a nationally ranked football program that young men are able to grow with and thrive in.”

Player Notes: Wyoming Gatorade Player of the Year in 2019... three-time all-state, two-time Super 25 honoree in Wyoming, and played for two state championship teams at Sheridan High... carried 196 times for 1,589 yards and 29 touchdowns as a senior, catching 21 passes for 299 yards and six TDs... logged 81 tackles with three interceptions in 2019.

From MSU Coach Jeff Choate: “Garrett is the Gatorade Player of the Year from the state of Wyoming and a highly productive player. He is a little different body type but is reminiscent of Coy Steel in terms of his production as a high school player from the great state of Wyoming. Two out of the last three years we’ve signed the Gatorade Player of the Year out of Wyoming, and we’re excited to have him on board.”

Player Notes: Registered 12 tackles as both a junior and senior at American Canyon... intercepted four passes as a junior, and carried seven times for 13 yards that year... caught a pass for 13 yards in 2019.

From MSU Coach Jeff Choate: “Devin is a long, athletic corner who was a little bit off the map, a little under the radar, but he really emerged through the late portion of his junior year and into his senior year. He’s a great kid, I love his energy, love his spirit. His body type is similar to Tylor Bohannon and Eric Zambrano, that line of long, athletic corners. As he grows and matures we feel he might play some safety.”

Player Notes: Two-time AP All-State kicker... first team all-conference as a kicker and defensive back... rated four-star prospect and Fourth Team All-America kicker by Sailer Kicking in 2018, when he was 15-18 field goals and 49-49 on extra points.

From MSU Coach Jeff Choate: “Blake Glessner is a really good athlete who did all the kicking and puntin chores for Woodinville, but he was also a very good corner and is an excellent basketball player. One of the things that we identified when we were talking about the specialist positions is trying to get the best athlete we can get, because their misses are going to be smaller because their athletic ability is better. We’re excited for him to come in and compete with Caleb Mancini for place kicking chores, and when you add (punter) Bryce Leighton, one of the more decorated young specialists in the country coming out of high school, we’ve addressed some immediate needs in the kicking game.”

From MSU Coach Jeff Choate: “Minaya had a ton of offers early out of Central Catholic High School in Modesto, and he went through the recruiting process in an interesting way. He was looking for an academic fit, that was super important to him. We thought we were going to get him to sign in the early period, things kind of cooled off, and we were concerned because Coach (DeNarius) McGhee had done a great job building a relationship with him. Coach (Brian) Armstrong and I did a home visit with him two weeks ago and we absolutely fell in love with his mom, Gloria, and had a great time talking sports with his dad, Miguel, who was a 13-year major league baseball player, and they came up on a visit this last weekend that I think solidified things. We’re really excited about this young man. He’s super productive, a bigger back than we’ve often had. Coming in as a freshman he looks more like DeMareus Hosey than he does Isaiah Ifanse or Lane Sumner, but he’s going to be a great addition to our stable of running backs.”

From MSU Coach Jeff Choate: “JT is a young man from Valley Christian High School in San Jose, an excellent high school. He had multiple Mountain West offers and was on campus (at MSU) multiple times. His mom Margaret is a tremendous lady who has raised a wonderful son, and I think he’s a great fit for us in every possible area and he’s a young man with the ability to be a star in the Big Sky.”

From MSU Coach Jeff Choate: “The bus never leaves without a long snapper, and we had at specialist positions that we’ve addressed in each signing period. Tommy’s a young man from Archbishop Murphy High School in Everett, Washington, who came to our specialists camp in the summer. We were impressed with his ability not just to snap with velocity but to block a gap, which is important in our scheme. He’s a kid that I think will be a really good addition to our specialist room, will bring a lot of value, and we need a guy at that position to step up. It will be a good battle between he and Logan Gilliard, and we’re excited to have Tommy on board."

Player Notes: Played in four games as a sophomore in 2019, getting two tackles against Stanford and one against Arizona... played in all 12 games for Oregon State in 2018 as a redshirt freshman, starting twice... logged 35 tackles, one for a loss, with a pass breakup... made seven tackles at Washington... Pac 12 All-Academic... redshirted in 2017... ranked as the No. 12 corner in California and No. 57 in the nation as a senior at Cathedral HS in 2016... first team all-league selection.

From MSU Coach Jeff Choate: “Jeffrey originally signed with Oregon State, but we recruited him out of high school. He played a significant number of reps for Oregon State over the last couple of years. He redshirted as a true freshman, played quite a bit as a redshirt freshman, but there had been a coaching staff change, his reps went down quite a bit (in 2019), and we maintained contact with him when he went into the (transfer) portal and got him here at mid-year. Jeff’s on campus right now fitting in extremely well. One of his best friends growing up was Tyrel Thomas. They went to the same middle school, went to different high schools but have maintained a friendship, and he’s fit in very well with our locker room. He has great energy about him. We’re looking at him as a post safety for us, a guy that can really cover ground and be a good open field tackler.”

From MSU Coach Jeff Choate: “Tayvian Williams is the younger brother of Amandre, and is a young man I’ve known since he was 13 or 14 years old when I was recruiting Amandre to the University of Washington. He’s a great kid, an excellent student, played some junior college football, was looking to create an opportunity for himself in northern California at Laney Junior College. He’s high character, high academic young man who will be a great fit for our program. I think he’ll bring good value to us not just on offense as a backup slot receiver but also on special teams.”