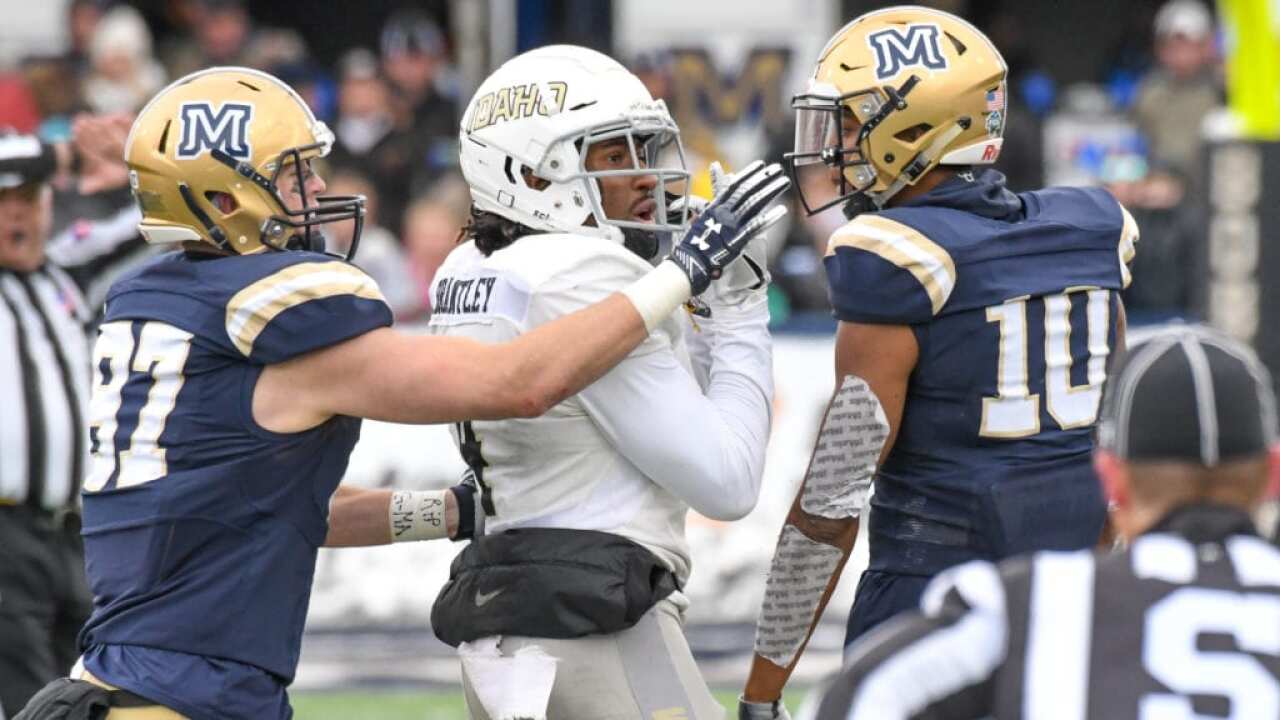 BOZEMAN — It would be easy for the Montana State football program to pay attention to the odds. Multiple organizations list the Bobcats as underdogs entering Saturday’s 2019 season-opening game at FBS Texas Tech, with the spread between three and five touchdowns.

That outside noise isn’t fazing MSU coaches or players, though, as head coach Jeff Choate leads the program into Lubbock.

“We talk about, and coach Choate talks about, it’s not about Texas Tech, it’s about us. It’s about what we can do as a team and every week we’re facing a nameless opponent. We don’t worry too much about who they are, what they’ve done or that sort of thing,” said senior defensive lineman Derek Marks. “We look at what they are on tape, we look at what they’ve put on film because that’s the most important thing about any team, really, and then we figure out how we can have success against that team.”

“On paper, obviously, they’re going to be the favorites coming into it, but for us it’s all about, it’s us. It’s all about us,” echoed defensive coordinator Kane Ioane. “How do we execute our job? I want to see 11 guys that do all the things we’ve talked about as a defense, as far as lining up, pre-snap success, when the ball is snapped executing your job and just showing that effort every single snap. When it’s all said and done, let’s go compete and we’ll see what the final score is at the end.”

Montana State is no stranger to the FBS stage, having played at Washington State two seasons ago, with multiple games at that level under the program’s belt, including a 2006 victory at Colorado.

Also in the Bobcats' corner are a group of FBS-experienced athletes that have transferred to MSU, including senior defensive back Jahque Alleyne.

“I feel like it helps a lot, especially on the defensive line. The D-line, we have three guys who played at the FBS level, so that should help a lot, and then me and JoJo Henderson,” said Alleyne, “so I feel like we definitely have a chance and I wouldn’t expect us to go out there and get rolled over.”

The Bobcats certainly aren’t distracted by the big stage, but that doesn’t mean they can’t take time to soak it in, either.

“I don’t know how it compares to Washington State, but that was a pretty cool environment,” Marks said of the 2017 game at Martin Stadium in Pullman, Wash. “I’m excited for some Texas football, too. To play in Texas, play in the heat and experience what those fans are like, to play a Big 12 team, it should be a good time.”

Playing an FBS game √
Playing a respected program √
Playing in a grand stadium √
Bringing Chik-fil-A from Lubbock back to Bozeman?@MSUBobcats @alleyne_5 @ChickfilA pic.twitter.com/E9Hu9xGwvy