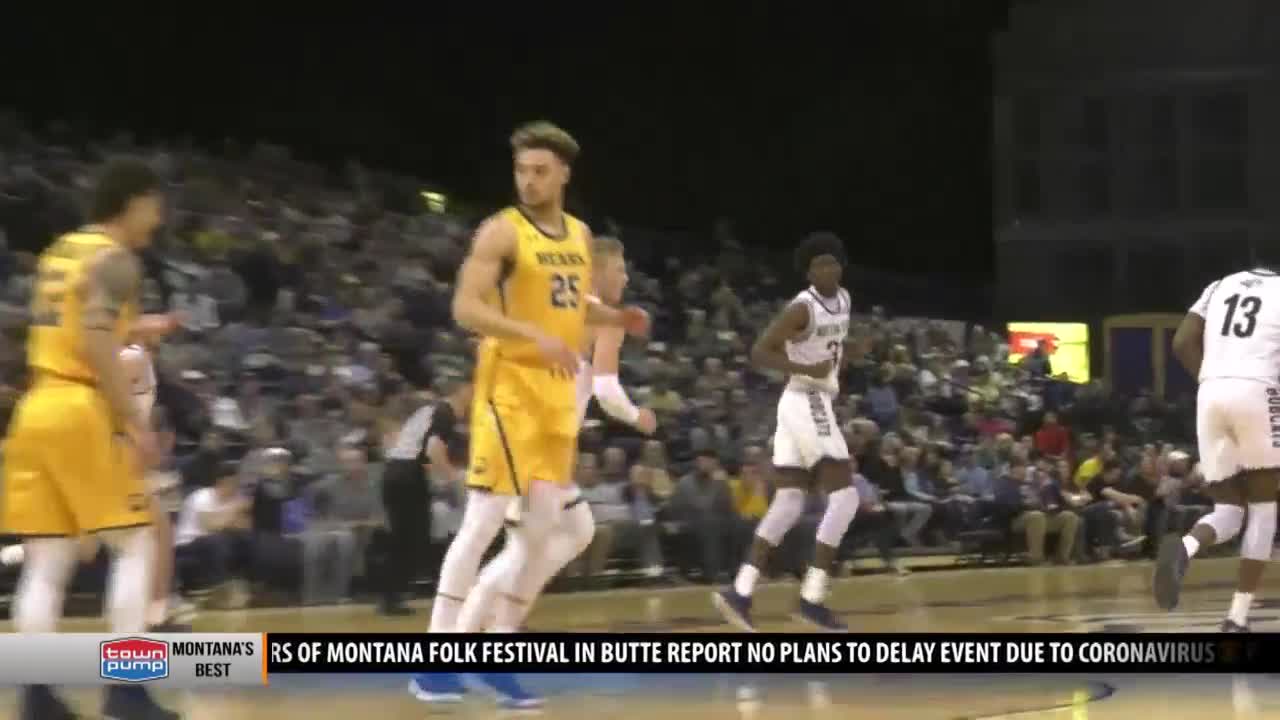 UNC's road win spoiled the Bobcats' Senior Day, where over 3,500 fans watched Harald Frey score 15 points with four assists and three rebounds in his final home game. "They're really, really hard to defend," said Bobcat coach Danny Sprinkle. "You just have to hope that they're not shooting lights out, and they (were) tonight."

The game remained tight through the first half. UNC hit nine treys before halftime and led 38-35 at the intermission. With MSU trailing 49-47 with 15 minutes to play Harris hit a 3-pointer, then Bodie Hume made one, then Kur Jockich hit a hook shot to push UNC's lead to 57-45.The Bobcats trimmed the lead to seven with five-and-a-half minutes left and had two possessions to draw closer, but missed short shots.

"That was the turning point of the game," Sprinkle said. "We got it down to three then missed two layups in a row which could have cut it to three. Those are (shots) we need to make. They come down and hit a three and it's 10."

Jubrile Belo scored 24 points and collected 12 rebounds to pace the Bobcats. Frey was MSU's next highest scorer while Borja Fernandez added 13. The Bobcats finished the regular season 16-15 overall and 10-10 in conference play.

"I thought we got some looks," Frey said. "We maybe turned it over or missed some open good looks, and on the other end they made their shots. If we had converted a little bit (more) down the stretch, if we had made one more stop, then suddenly you're looking at a two-possession game, a one possession game. I just think we were a couple plays short."

Radebaugh added seven assists and five rebounds to his stat line. Bode Hume also scored in double digits for the Bears by registering 12 while he and Kai Edwards had nine rebounds apiece. Northern Colorado improved to 22-9 overall and 15-5 in the Big Sky.

Montana State heads to Boise next to compete in the Big Sky Conference Championships presented by My Place Hotels. The Bobcats will be the fifth seed in the Big Sky Tournament and face four-seed Portland State. Tipoff for the Big Sky quarterfinal matchup will be at approximately 2 p.m.