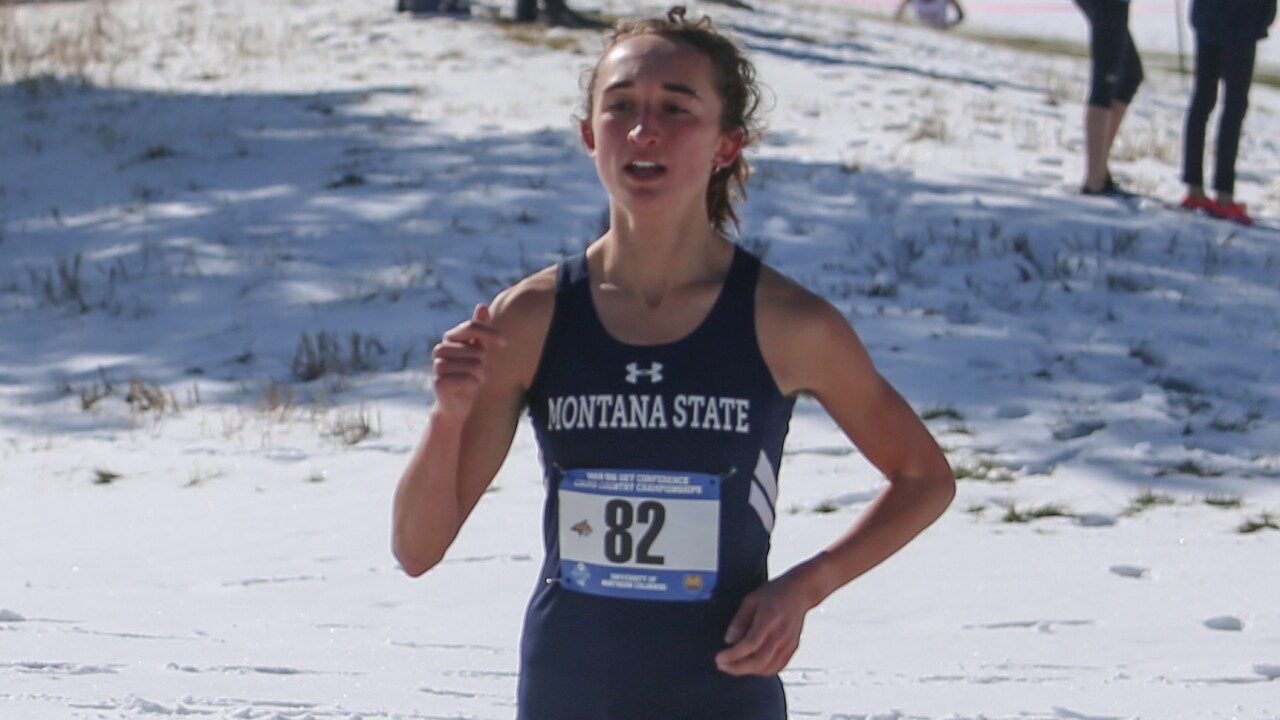 LEWISTOWN, Idaho -- The Montana State cross country program made its 2020-21 season debut on Thursday, Oct. 29, and swept the Vandals in the Idaho vs. MSU Clash held at the LCSC Cross Country Trail.

The Bobcat men had the top five finishers of the 8-kilometer race to earn a victory by a 15-42 team score. The MSU women put together three of the top four times to complete a 23-32 score in the 5-kilometer head-to-head matchup against Idaho.

"It was just great to have our teams go out and represent Montana State for the first time since February," said Lyle Weese, Montana State's director of cross country. "It was a positive for us to just have the opportunity to race and for how well our teams ran."

The women's dual got the meet started on Thursday in Lewiston. Returning All-American Camila Noe paced the pack placing first individually with a time of 16 minutes, 26.79 seconds. Lexi Kyro followed Noe by taking runner-up by crossing the line in 17:01.79, less than three seconds ahead of Idaho's top finisher Malaina Thacker. Anna French took fourth with a time of 17:08.00.

"On an individual basis, Camila had a really solid race," Weese said. "Lexi was a bit of a surprise finishing that well and that fast over a 5K. Anna French had a good race too and really helped us overall on our team score."

Alex Moore and Lauren Stanford made their opening appearances as Bobcats by contributing to the team score. Moore (17:28.31) placed sixth overall and Stanford (17:42.18) finished 10th. Samantha Kelderman rounded out MSU's lineup by competing a mark of 18:55.02.

"That was really exciting because Idaho had a really good season last year," Weese said of the Bobcat women's team's dual victory. "(Idaho) finished second at our conference championships and have a lot of returners, so for our team to go out there and win head-to-head in the dual was nice to see."

Returning all-conference runners Collin Buck and Duncan Hamilton led the Bobcats. The two finished in the top two spots of the race with respective times of 23:29.80 and 23:55.60.

Ben Perrin completed his first cross country appearance for the 'Cats taking third overall. His time of 24:27.73 was just ahead of teammates Isaac Schmidt (24:43.97) and Cooper West (24:51.28), as MSU tallied the top five individual showings. Levi Taylor, also making his cross country debut, took ninth with a time of 25:23.06.

"It was great for them to have the chance to go out and race," Weese said. "Our men's team coming into the season we felt was a strong team. We had a good race today against a team that's usually very solid in our conference in the University of Idaho."