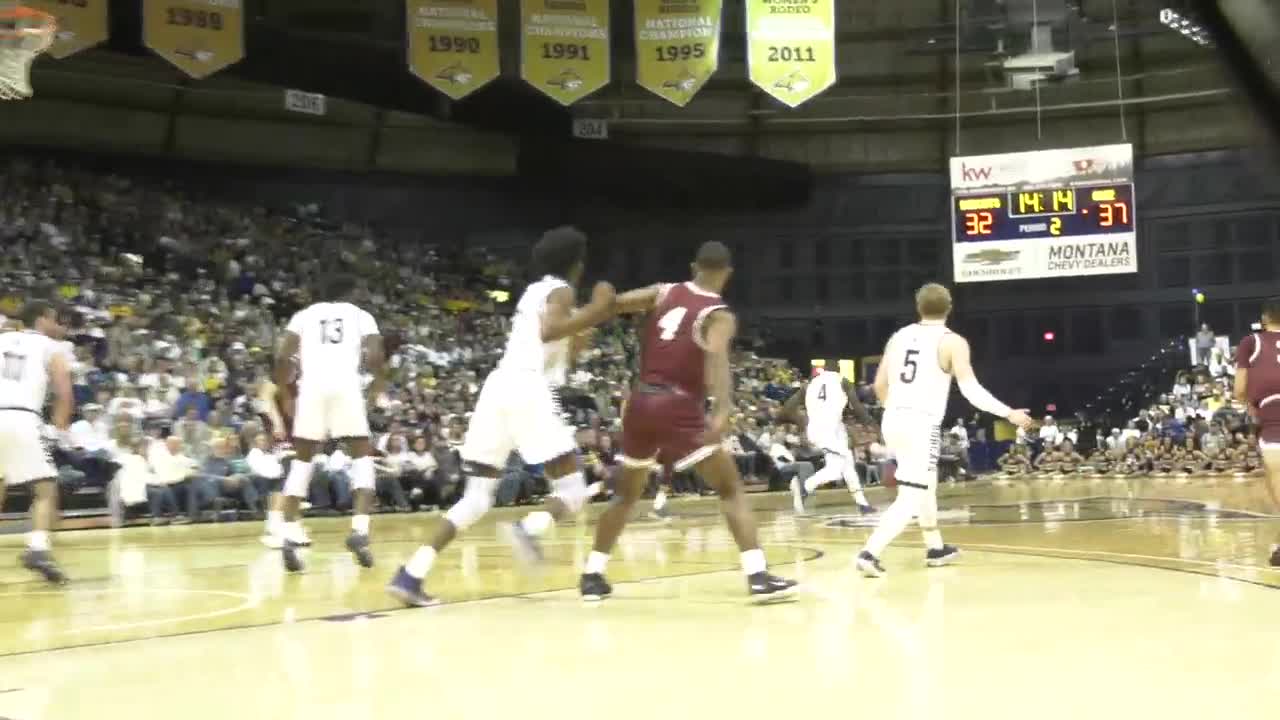 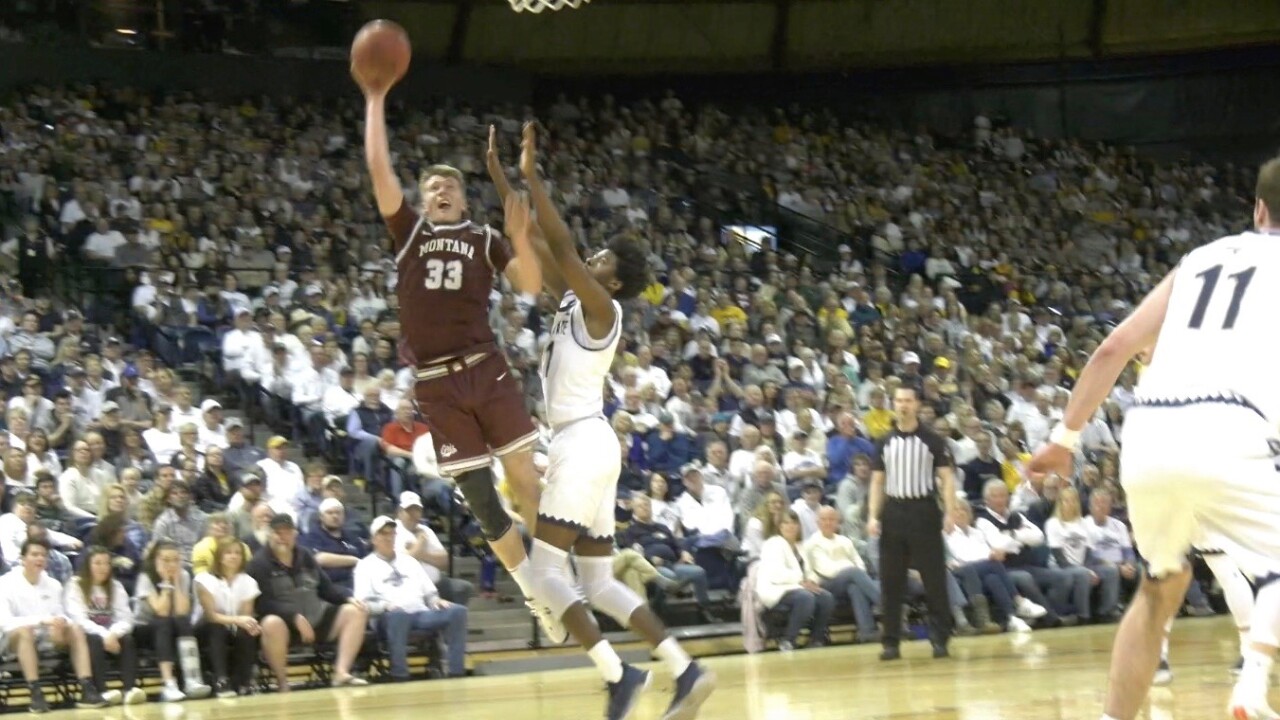 BOZEMAN -- In a game Montana State coach Danny Sprinkle called "actually a pretty ugly game to watch," Montana shot 48 percent and held on for a 59-54 win against Montana State in Worthington Arena on Saturday.

"Neither team got into an offensive flow at all, but it seemed like they made a lot more shots than we did tonight," Sprinkle said. That number was seven, and Montana shot 24-for-50 from the floor and held the Bobcats to 35 percent shooting (17-for-48). Montana State stayed in the game by hitting 17 of their 22 free throws, but it wasn't enough.

Montana's biggest shot may have with just over two minutes remaining. After the Grizzlies built a 10-point lead with three-and-a-half minutes to play, Harald Frey hit a 3-pointer, and after a Bobcat stop Frey hit an acrobatic and-one jumper to pull MSU within four points, 53-49. On the ensuing possession, Jared Samuelson's jumper was off the mark but Derrick Carter-Hollinger snared the rebound and hit a short jumper to push the lead back to six with 1:35 to play.

"There were about two minutes left and we cut it to four and were kind of putting a little bit of pressure on them," Sprinkle said, "and they miss a shot and get the offensive rebound. Carter-Hollinger got it and scored it to put them up by six. If you get a stop and you come down and score, now it's a one-possession game and you never know what happens after that."

A UM stop followed by a short Kendall Manuel jumper all but sealed Montana's win. The teams traded free throws until Frey hit another and-one jumper in the game's final 18 seconds to secure the Grizzly victory.

On a night when each team grabbed 33 rebounds and turned the ball over 15 times, Montana's decisive edge came on defense. MSU didn't hit 40 percent shooting in either half, and finished the game 3-for-20 from the arc. "They were there on every catch," Sprinkle said. "They would double Harald and they would full rotate, and they'd even have their five man coming out to Ladan in the corner, and he was there every time. They were on point. They were sharper than us defensively, I don't even have to watch film to say that."

Harald Frey scored 18 points, grabbed four rebounds, dished out three assists and had three steals. Sprinkle praised his senior guard, who turned an ankle early in the second half of Thursday night's loss at Portland State and didn't return. "Honestly I didn't know if he was going to play until he warmed up," Sprinkle said, "then he said he felt good. He didn't go through walk-through last night, he didn't do anything this morning, but that's just who he is. I think it affected his shooting a little bit, his overall burst. He didn't seem to have that burst, but he had 18 (points) and four (rebounds) on one leg. That's who Harald is. He's a tough dude."

Sprinkle praised his team's effort for 40 minutes. "I thought our guys competed, I thought they tried. (Montana) made some tough shots. I was proud of our guys for fighting back. It's not an easy team to fight back against. It's the best defensive team in the league, and I thought they were terrific tonight defensively."