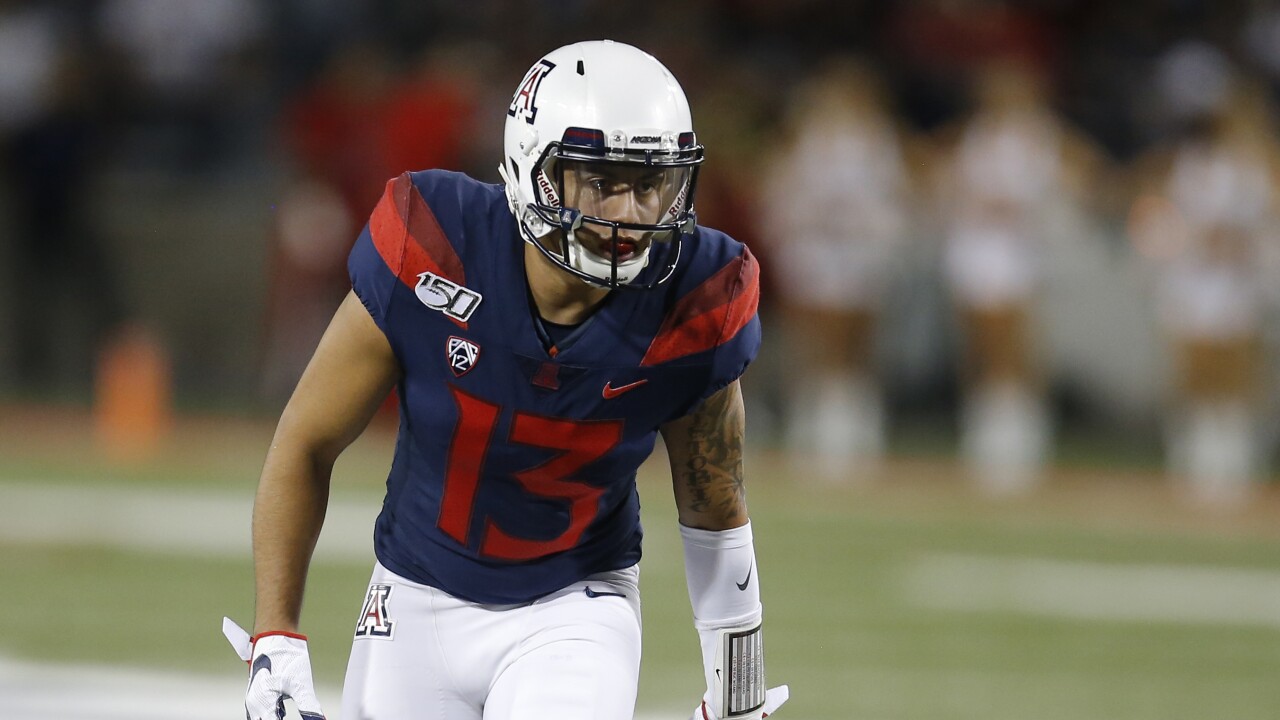 BOZEMAN – Montana State tapped into familiar pipelines to bolster both sides of the line of scrimmage and the defensive secondary Tuesday, when Bobcat football coach Jeff Choate announced the addition of four transfers.

Graduate transfer John Clark becomes the fourth player to join MSU's defensive front from the University of Washington in the past three seasons, while Ben Seymour joins that group from the College of the Canyons. Offensive lineman Cole Sain, whose father and uncle played for the Cats in the 1980s, transfers from Riverside Community College, while grad transfer Chacho Ulloa joins the team as a safety.

"This group meets some immediate needs," Choate said. "That's what we set out to do."

Clark (6-foot-4, 290 pounds) joins the Bobcats as a grad student after four seasons at Washington. The Marysville, Washington, product redshirted in 2015 and missed the 2017 and 2019 seasons with injuries. Originally a Huskies walk-on, Clark earned a scholarship before the 2019 season. He played in six games in 2016, logging a tackle against Idaho, and played in nine games with five tackles in 2018.

"John was recruited by Montana State out of high school," said Choate, who was involved in bringing Clark to UW when he was on that staff. "He kept getting better and better there and eventually earned a scholarship. He's an outdoorsy guy, loves to snowmobile and fish and hunt, so he's a great fit for us, and he's really interested in coming to Montana State and getting his graduate degree. Without a doubt he had the most significant playing time of the guys that came here from there. We watched some game film against Oregon and some other good opponents, and he's a physical player who's going to be a good addition."

A transfer from Riverside Community College in California, Sain arrives at MSU with three years of eligibility. The 6-4, 280-pound offensive lineman redshirted at Montana in 2018 before transferring to Riverside. Originally from Bellflower, California, the St. John Bosco High graduate played on Riverside's 13-0 state title team in 2019. RCC rushed for 191 yards a game and 5.0 yards per carry in 2019.

"He was a good player at St. John Bosco, a storied high school program," Choate said. "He redshirted for a year at Montana and ended up transferring when the coaching change occurred. He falls into that sophomore class where we have a void, and he played really well at Riverside. We started watching tape, and you just can't say no to a good offensive lineman, especially when he falls in a class where you have numbers issues. I think he wants to be in Montana and he's familiar with Montana State. Especially in the latter half of his year at Riverside he played extremely well against good competition."

Seymour, a 6-2, 245-pound defensive lineman from Valencia (California) High School, played as a freshman at the College of the Canyons in 2019. He finished fourth on the team with 44 tackles in his 12 games, including 19.5 for a loss, and rang up a team-high 12 sacks, sixth in the CCCAA. He forced and recovered a fumble. Canyons finished 9-3 and shared its division championship.

"Ben was a qualifier out of high school, a little undersized but kind of grew into his body, has big-time twitch, and again is a guy that fits into that sophomore class," Choate said. "When you can add a guy like Ben, as a third-down guy he can be plug-and-play. We don't need him to master the entire scheme if he can just get after the quarterback in passing situations."

Ulloa transfers from Arizona, where he played safety from 2016-19 for the Wildcats. He played in only three games for UA in 2019 and arrives at MSU with one year of eligibility. The Centennial High (Corona, California) graduate played in 11 of Arizona's 12 games in 2016, getting four tackles, then made five tackles in 2017 (two games), six tackles in 2018 (six games) and three tackles in 2019 (four games). He blocked a kick in 2018 and was considered a solid special teams contributor during his career.

"Adding Jeffrey Manning at midyear helped address the losses of Brayden Konkol and JoJo Henderson and Jahque Alleyne, and I think he's enjoyed his experience here so far," Choate said. "But we felt it was important for us to add another experienced player and a mature voice back there whether he ends up as a starter, whether he ends up adding value on special teams, whatever. Chacho is a mature kid, low ego, high output, and I think he'll help in the back end so we don't have to throw some of those younger guys to the wolves."

Choate said the process of recruiting into the Class of 2020 proved unique under the current circumstances related to COVID-19.

"It's been interesting because, with the exception of John Clark, none of them have been on campus. Cole Sain is more familiar with this place than Ben or Chacho, so they had to trust us and we had to trust them," Choate said. "But I think they all felt very comfortable with the direction of the program, with the reputation Montana State has athletically and academically, and none of us really know what the future might hold, so I'm glad they decided to hop in now."

Clark follows All-America Bryce Sterk, Amandre Williams, and Jason Scrempos as Washington Huskies defensive front players to join the Bobcat program in the past three seasons. The Arizona pipeline stretches further back. Safety Michael Beach (2007) and receiver Mike Jefferson (2006) were each All-Big Sky Bobcats that began their careers at UA. Cole Sain's father John Sain was a second-team all-Big Sky player for the Bobcats in 1987, and his uncle Mike Sain also played at MSU in the late 1980s.