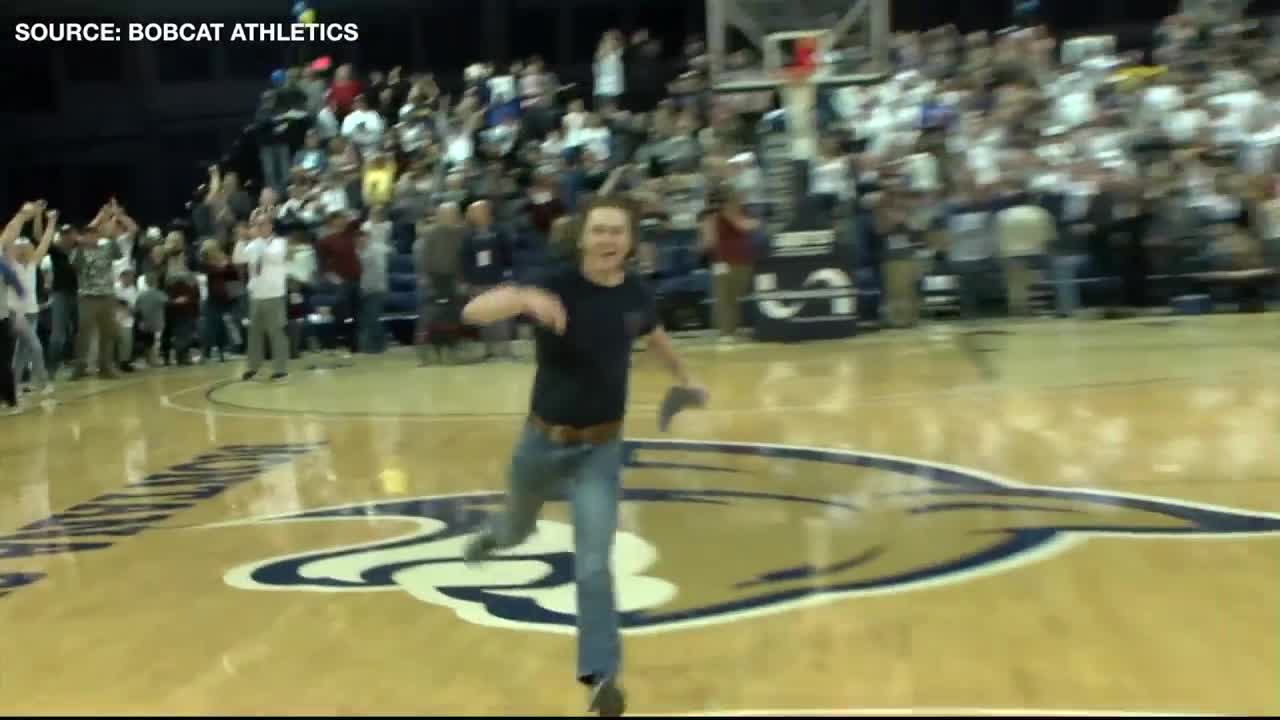 BOZEMAN -- On Saturday morning, Joe Thompson was just like any other Montana State University student. By Saturday night, he was all over the internet after he hit a full-court shot at halftime of the Cat-Griz men's basketball game to score himself a $11,111 check.

“I didn’t realize it went in at first. I was looking for the next ball to shoot again,” Thompson said. “As soon as everyone erupted, I knew it went in."

The shot landed him on SportsCenter and an interview with The Pat McAfee Show.

Thompson, a former soccer goalie at Billings Central for three years, drained them all, using a goalie-style throw for his final heave. Combined, his check from the Rib and Chop House was $11,111. His mother, though, misheard the figure when it happened.

So what do you do when you are $11,000 richer? Well, Thompson said during his interview with Pat McAfee that his car broke down in December, so most will be used wisely by the senior.

“I’m going to put it into my savings," Thompson said. "And start paying off some bills, car payments, rent, student loans. Get some of those things knocked out."