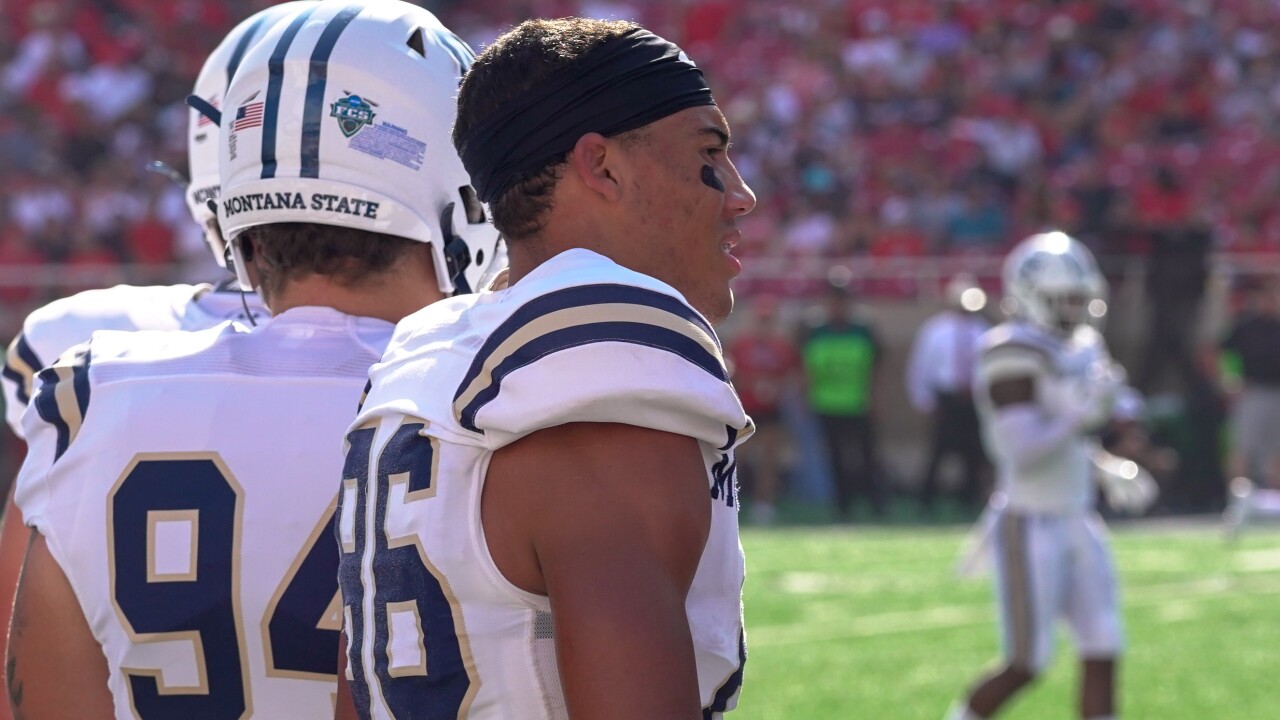 BOZEMAN -- The Montana State football team rolled over Albany 47-21 in the second round of the FCS Playoffs and a hometown Bobcat played a big part in the win.

Wide receiver and Bozeman native Lance McCutcheon caught two passes, both for touchdowns in the third quarter against the Great Danes. One TD went for 49 yards, the other for 42. His 91 yards receiving in Saturday's win were more than he caught in the past seven games combined. Montana State head coach Jeff Choate has always known McCutcheon's potential and he hopes this can be a breakout game.

"That's the guy that we need Lance to be and we're hopeful that he will be. And he's had some inconsistencies in terms of his ability to make those big plays and he made two huge plays in the third quarter and I was really happy for him," said Choate. "And I'm hopeful that that's just going to give him more confidence moving forward and that's going to give Tucker (Rovig) more confidence in him."

McCutcheon now has 13 catches for 197 yards and two touchdowns on the year. While he doesn't jump out on the stats page, he is becoming a reliable role player for the Bobcats in other facets of the game.

"It's probably a little bit of a frustrating year for him. He's played a lot of football for us and we ask him to do the dirty work of blocking on the edges in the run game and all that kind of stuff," said Choate.

And more plays could be coming McCutcheon's way this Friday against Austin Peay after his stellar performance versus Albany.

The Bobcats face off against the Governors on Friday at 6 p.m. at Bobcat Stadium.