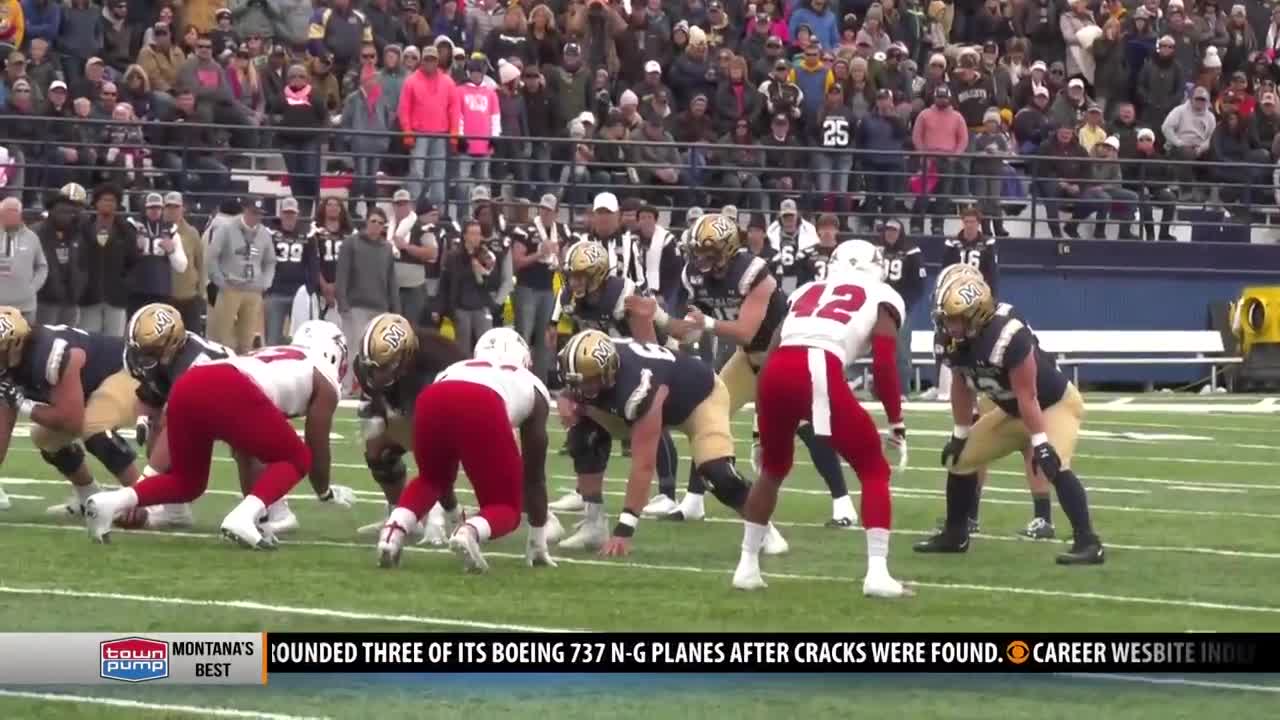 BOZEMAN -- After a two-game losing streak, the Montana State football team bounced back in a big way, defeating Southern Utah 42-7 at Bobcat Stadium on Saturday afternoon.

It's been nearly a month between wins for the No. 14 Bobcats, and it felt good to get back on track.

"We haven't won a game in a few weeks now with the bye week. And we just haven't put our best football out there either, and it's tough knowing that and knowing there's not anything you can do about it until the next week. And last weekend hurt. (The loss to North Dakota) was motivating for our team, though, especially to be like, 'We are a better team than this, and we know it and we need to go out and show it,'" said MSU linebacker Josh Hill.

Montana State scored all 42 points in the first half, tallying 21 points in each of the first two quarters. For a team that has been branded as a second-half squad, coming out of the gate fast was a nice change.

"It was an interesting way to start the game. I mean, I really didn't see us having that kind of an outpouring of scoring in the first half," said Bobcat head coach Jeff Choate.

The first two MSU touchdowns came from redshirt freshman Lane Sumner. The Huntley Project High School product hadn't seen a carry in the previous three games before getting the ball 13 times and rushing for 90 yards Saturday. He also added two catches for 35 yards in helping the Cats take a 42-0 lead at halftime.

"I approach everything that I'm going to play, know my spots. This week my preparation was the same just knowing that we had some guys out and I'd have to step up. But I always kind of have that mindset where it's the next guy up," Sumner said.

"That was awesome," Choate said after the game. "We had some things in the game plan for each one of those guys, and it was nice to see them execute."

Bobcat quarterback Tucker Rovig threw for two touchdowns and caught another from Kevin Kassis right before halftime. While the offense was firing on all cylinders, the defense was rock solid, recording four turnovers and allowing only 50 rushing yards from Southern Utah.

"In the last two weeks, our starters have given up one offensive touchdown," said Choate. "Obviously we gave up one late (to Southern Utah), but I thought those guys swarmed to the ball, they were physical tacklers, I was really pleased with the way they played on third down. Tip of the hat to the defensive players and defensive staff for coming up with a great game plan."

Montana State is in the middle of a crowded Big Sky Conference. The win helps keep the Bobcats in the postseason conversation, and they will look to keep this newfound momentum going as they travel to play Northern Colorado next Saturday.