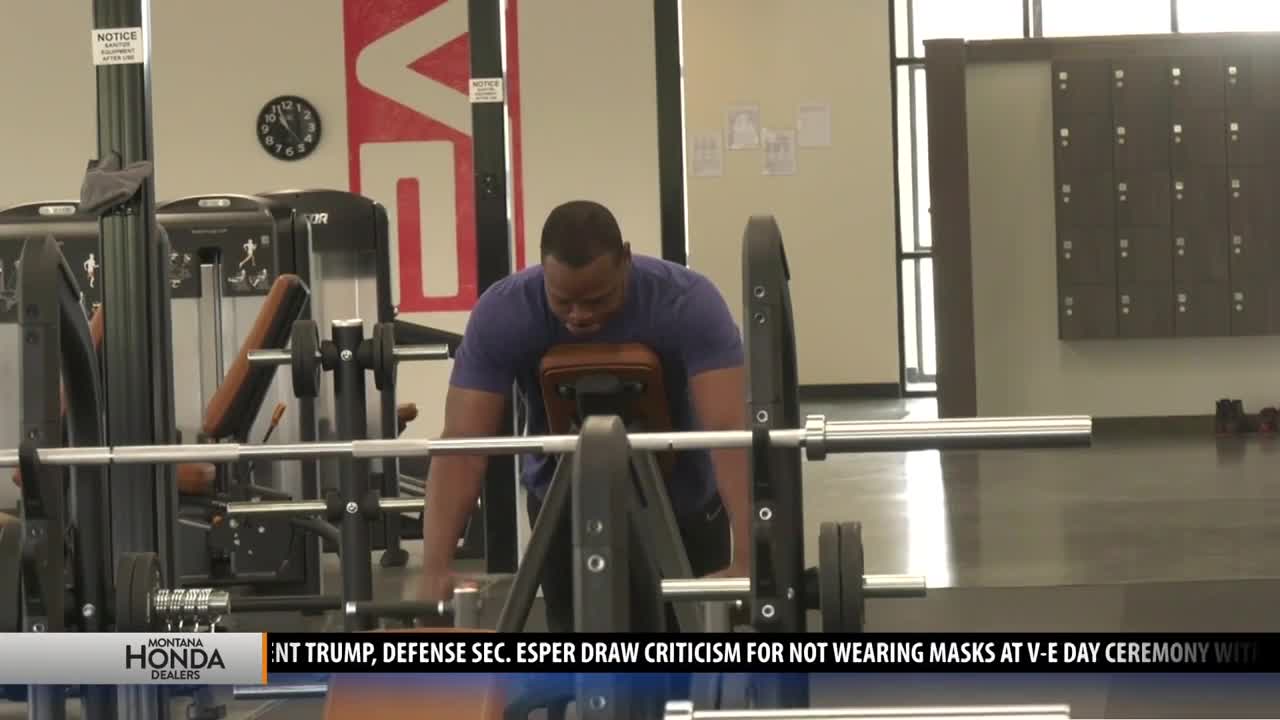 "Our staff is great, our members are happy," said owner Amanda Molock. "Everybody’s here wanting to work out, wanting to have a good time."

The Molock’s own the fitness center. Amanda Molock played basketball and ran track at Montana State University and husband Jonathan played linebacker on the football team.

“It was great to switch up sports and be able to say I was able to do Division I in basketball and in track and be successful in both,” said Amanda.

Jonathan's career had some ups downs.

“I got the injury bug my first year here," he said. "(The) next year after that was just a great year. Overall, it was a good experience.”

However, their favorite part of being at MSU wasn’t playing sports. It was the friendships they made with their teammates.

“The relationships is kind of what I cherish the most about playing at MSU," Jonathan said. "Even though hitting receivers coming across the middle was fun.”

Amanda is still in contact with some of her teammates.

“We were so close, all of us, there wasn’t ever an issue between anybody," said Amanda. "Even still to this day a lot of us keep really strong relationships, so that was definitely the best part of it.”

After living in California for a few years, the couple wanted to return Montana. The state was where Amanda grew up and they both wanted to raise their children here but also start a gym.

“We always had the goal of opening up the gym just because fitness has been our life and it’s been a passion for us," said Amanda.

The Cove is not their only business. They own two adult residential facilities for the developmentally disabled in California, helping them live on their own. Jonathan's father ran a drug and alcohol anonymous home to help people overcome addiction. His father's work helping those who need it was something Jonathan has always carried with him.

“These homes, very important for me and Amanda, too, but we just love helping people who really can’t help themselves,“ Jonathan said.

Like any business, the gym has been impacted by the COVID-19 shutdown, but they aren't going to let this stop them from achieving their dreams.

“I think we’re in a pretty good position to come back from this stronger from where we started and we’re just ready for everybody to come back,” said Amanda.

Governor Steve Bullock announced Wednesday that gyms can open as a part of Phase 1 on May 15.