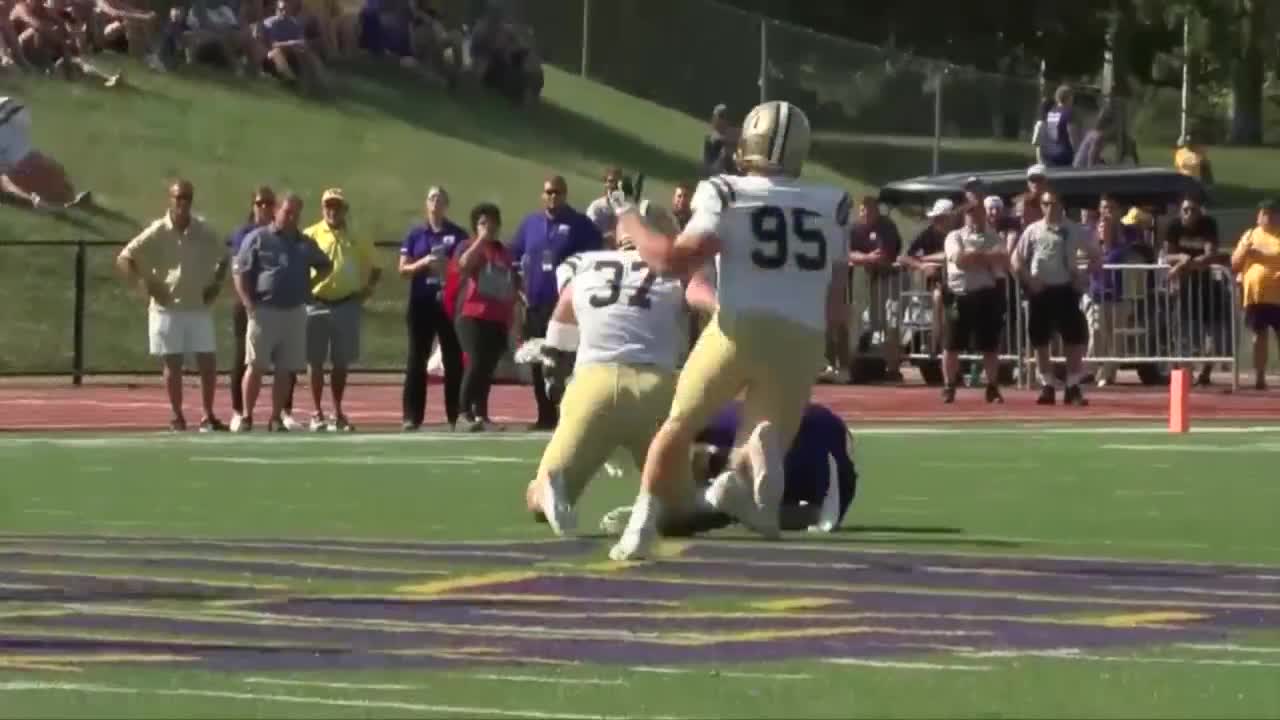 A year ago, Bryce Sterk was hitting blocking dummies at Bobcat Stadium preparing to terrorize quarterbacks for Montana State.

But now he’s on the other side of ball trying to latch on with Miami Dolphins after signing with the NFL team as an undrafted free agent in the spring.

“They’re not trying to throw us in there at full speed just yet, and there’s definitely a lot of stuff racing through my head -- it’s a new environment, it’s a new position, it’s all new,” Sterk said about what the NFL ramp-up period has been like so far.

It’s been a weird offseason for the former all-Big Sky Conference Bobcat defensive end, starting with learning the tight end position at home during the shutdown. At defensive end last year, Sterk shined for MSU, recording 20 tackles-for-loss and 15 sacks.

“My coach would send me a playlist of drills and techniques to do and then I would video tape them and send them in," he said. "That’s kind of how the process was during the offseason. It’s definitely difficult doing it all by yourself, the best you can do is kind of get an understanding of what they're asking of you. Then they said, 'Once you get into the facility and get some practices, you’ll really start growing there.'”

Although the Dolphins aren’t practicing at full speed, Sterk has been catching some passes from well-known quarterbacks like Ryan Fitzpatrick.

“He throws a better ball than my brother does, so it’s a little bit easier to catch,” Sterk said with a grin.

Whether it’s Fitzpatrick or the Dolphins' top pick, former Alabama star Tua Tagovailoa, throwing him passes, Sterk is focused on the task at hand.

“I just hope to try and catch the ball and not drop it," he said. "I’m really not thinking of who’s throwing it at that point."

Although he has improved as a tight end and still has plenty of room to grow, he must break the tendencies he developed on the defensive side of the ball.

“When I’m blocking someone I’ll do a defensive end technique instead of a tight end technique," Sterk said. "Definitely still (have) to shake some old habits.”

With rigorous COVID-19 testing, Sterk plays it safe and mainly focuses on going to and from team facilities. In his room he likes to watch Netflix and Hulu but also catch up on sleep.

“Personally, I can’t speak for the other guys, I’m sure they’re doing the same, though. I just kind of stay in the hotel room, make the trip to the facility and back and hardly ever go out," he said.