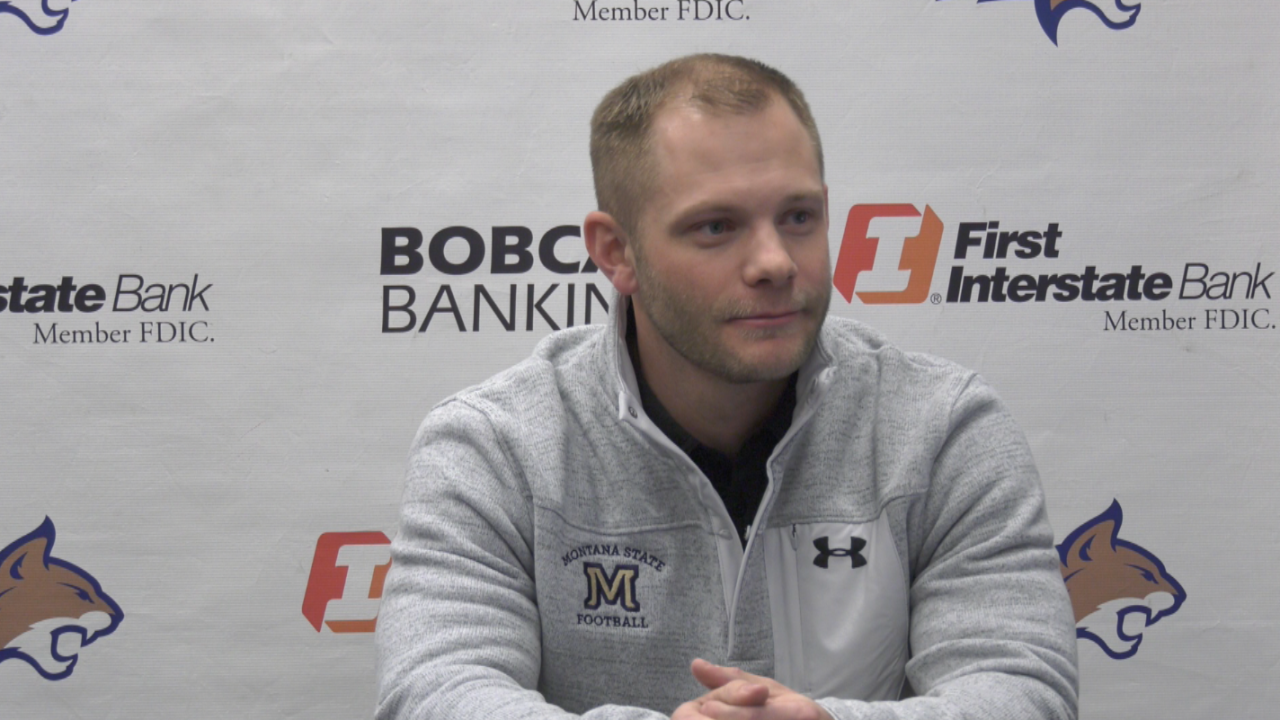 BOZEMAN — With the hectic offseason and postponed season, Montana State offensive coordinator Justin Udy is happy to have veterans on the team to step up.

“We’re lucky we have a veteran group, so we’ve been able to utilize our time as wisely as we can, whether that's the football activities we have planned, the weightlifting that the guys are doing, or really our emphasis that we’ve put on our team bonding," Udy said. "We’ve been doing a lot of team activities together and also kind of giving our guys time to just be normal college students, as well.”

Even with the whirlwind offseason, Udy has been able to instill his offense.

“The things that I brought with me that we’ve been looking to implement, we’ve been able to put those things in," he said. "Certainly, you want the opportunity to see those in sessions where guys are fully padded and you kind of see it play out in full speed. We’ve been able to use opportunities good enough up to this point for the guys to see some of the newer stuff play out.”

So far, Udy has been impressed with quarterbacks.

“Just getting an opportunity to get to see their personalities shine and come out and just really how competitive they are, I’ve been really, really happy with that and really, really impressed,” said the first-year offensive coordinator.

During the press conference, Udy kept bringing up one freshman player: Butte’s Tommy Mellott, who the Bobcats plan to get on the field in one way or another, whether it be quarterback or not.

“When I think of trying to recruit a kid to this Montana State Bobcat program, you just want kids like him," said Udy. "Guys that do the right thing all the time, so we’re really, really excited about Tommy and even him being a kid from Montana is even better.”

As for the season starting in the spring, Udy knows his guys will be ready.