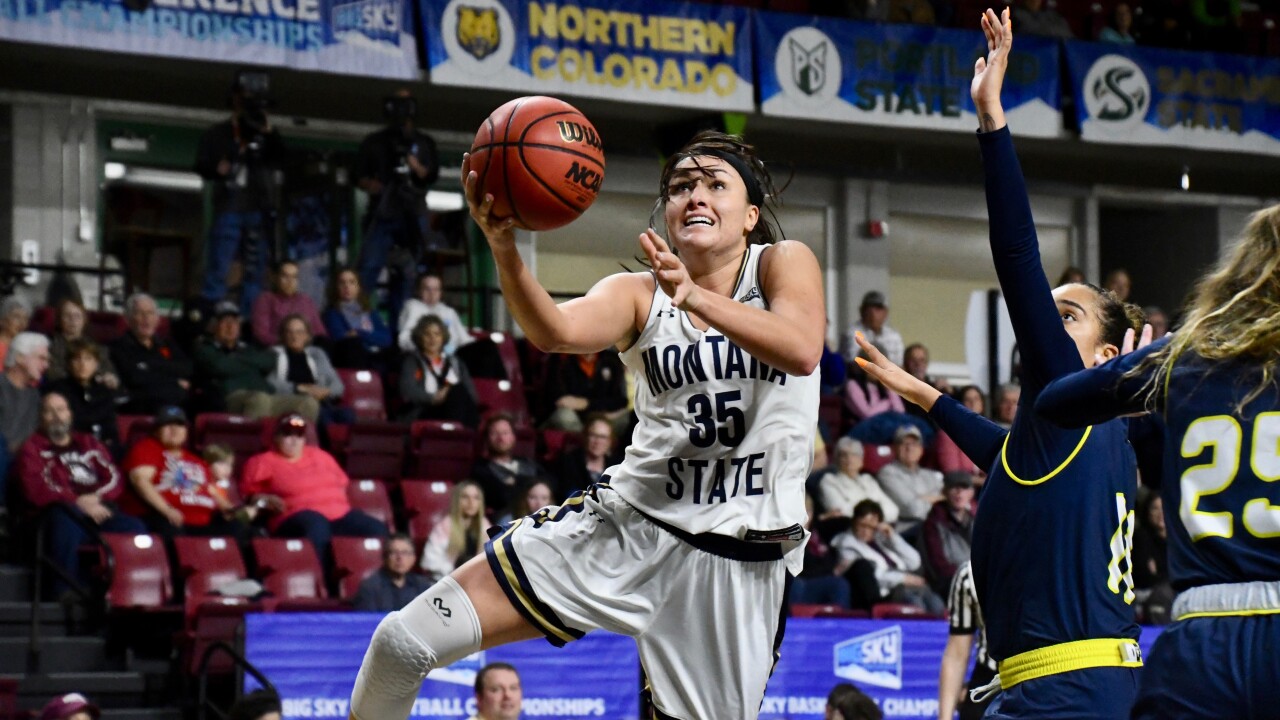 BOZEMAN — Fallyn Freije had quite the one-year career at Montana State, helping the Bobcats to one of their best women's basketball seasons in school history, which included winning the Big Sky Conference. Freije was also awarded Big Sky Conference MVP.

However, it took her a few weeks to get over having their promising season on the verge of an NCAA Tournament bid get cut short.

“It did sting, absolutely," said Freije. "It still does a little bit just knowing what could've been, but for me to know I was still playing professional basketball and that was a goal of mine, I wasn’t officially done forever, I think definitely helped me.”

Freije just signed a professional contract with Marbo Basket based out of Kinna, Sweden.

“It was really just kind of like, ‘Oh my gosh, this is really happening, I’m really signing right now, this is it, this is my first professional team I’ll play for,'” she said.

After transferring to MSU from North Dakota for her final collegiate season, it helped not just grow her game, but her mental mindset as well. The switch to play under Bobcats head coach Tricia Binford and her staff was instrumental in helping Freije achieve her dream of playing professionally.

Growing up in North Dakota, Kinna is similar to home.

“It’s kind of a country side town," Freije said. (It's) just beautiful, just green and trees and all the cute little houses, stereotypical Europe.”

Freije only plans to play for a few years and would like to make it to the WNBA, but she also has another dream.

“I would love to play for a couple different countries in Europe if nothing happens in the WNBA," she said. "I’m also going to dental school eventually, orthodontist is the end goal, so that’s six more years of school.”

Freije will begin practicing with Marbo Basket on Sept. 15, but as of right now, she doesn’t know any Swedish.

“I think it will be sweet to learn some Swedish, but yeah, I’m glad they speak English," Freije said with a laugh.