Montana State Bobcats' Jeff Choate: 'We can all survive a year without football' 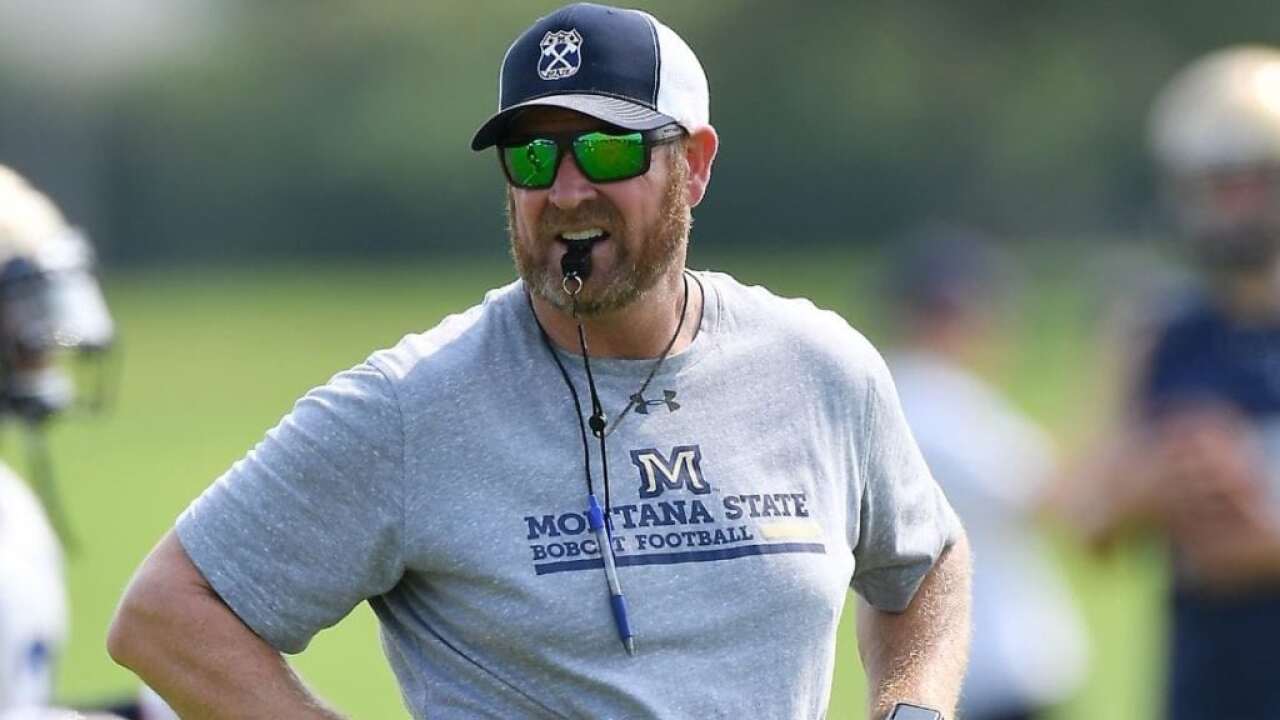 BOZEMAN — On Monday, Montana State head football coach Jeff Choate spoke to the media about Friday's news that the Big Sky Conference pushed the football season to the spring of 2021.

“Here we are, literally, on a day that’s been circled on a calendar for nine months and they’re saying, 'Hey, we’re going to push it to the spring,'" said Choate. "Our deal was, we didn’t get spring ball -- let's get something done.”

Montana State has held a few practices since Friday, and Choate said his players had varying opinions on the pushed-back season.

Choate gave his thoughts on having football in the spring of 2021 and the problems that can bring.

“You basically will be doing fall camp, winter camp, really after (Jan. 1)," he said. "If you’re going to do it all, you better have (the spring season) done by mid-April, because they need that six weeks of kind of freedom. The month of May, generally for semester school, is they're off doing their own thing. They need that to reboot sometime in early June to prepare in the fall of 2021. The one thing I will say is, we cannot try to force this to happen in the spring at the expense of the fall of 2021. I think we can all survive a year without (football), but two falls is going to be devastating to our game and possibly to a lot of athletic departments and football programs nationwide. I think whatever we do in the spring cannot be at the expense of a full legitimate season in the fall of 2021.”

If there is football in the spring, the Bobcats would potentially be at a disadvantage, given the fact they likely wouldn’t be able to practice.

“Our field doesn’t drain very well," said Choate. "Our field usually isn’t playable in January, February and sometimes early March. We won’t be practicing football, we will just be doing whatever.”

In the end, Choate said he wasn’t going to cry into his beer but jokingly said the team will celebrate its 2020 accomplishments.