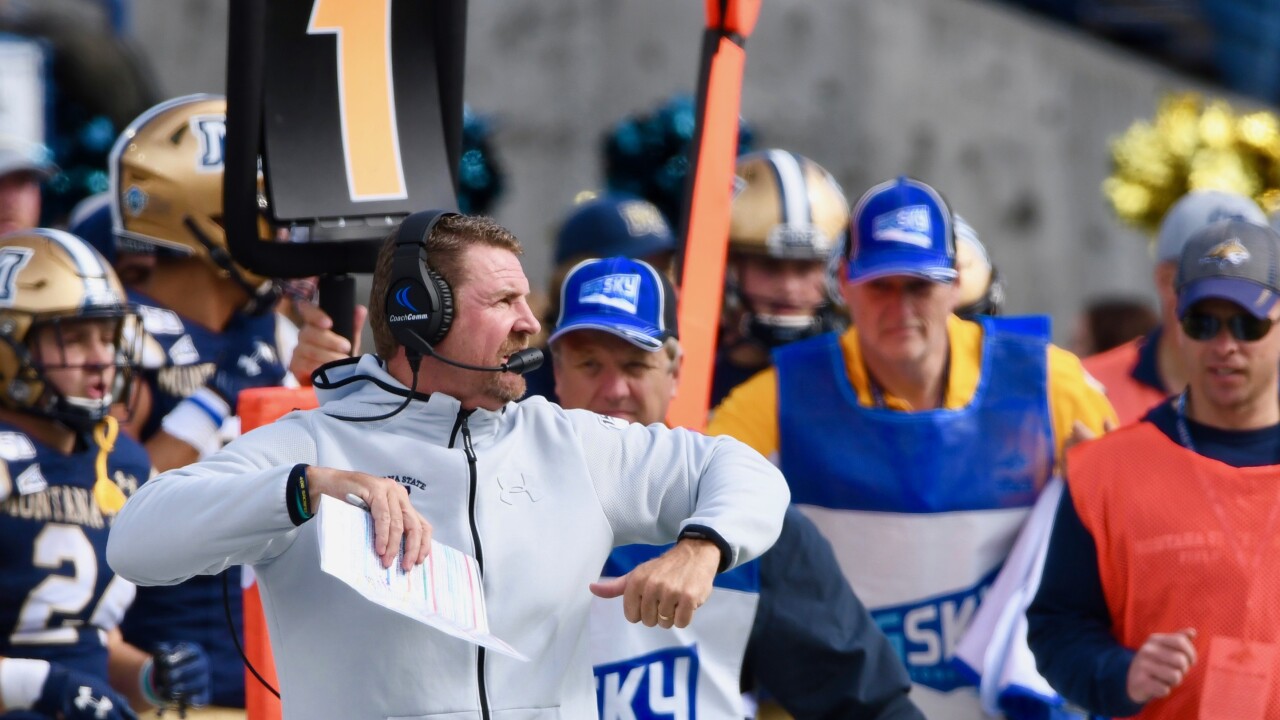 BOZEMAN — The Big Sky Conference Virtual Media Days kicked off on Thursday. They first started with preseason rankings, and Montana State was third in both the coaches and media polls.

Bobcats head coach Jeff Choate was one of the first coaches to speak and, to put it simply, it’s been a tough offseason.

“We’re just not around our guys and I think that’s kind of the secret ingredient in any organization, is the people," he said. "That’s probably my biggest concern for us taking that next step, is how quickly are we going to be able to reestablish our standards and our culture?”

Having practices shut down due to COVID-19 and having a virtual offseason over Zoom has been what Choate describes as the hardest job he has ever had.

“This is dang hard," he said. "It’s way easier to connect with human beings when you’re in front of them and to get a pulse on what’s going on with your team when you’re around on a consistent basis.”

Junior Matthew McKay, who last year started the first five games of the season as North Carolina State’s starting quarterback, transferred to MSU over the winter, bringing competition to a team that needs the position to improve if it wants to take the next step. McKay is expected to compete with incumbent Tucker Rovig for the starting spot.

“I know firsthand that having gone to Fargo (to play North Dakota State) the last two years and having played exceptional quarterbacks that, if we want to take that next step, we’re going to have to have better quarterback play," Choate said.

There’s not just uncertainty with the quarterbacks but also with what lies ahead for this season. The Bobcats' head coach just wants somebody to make a plan and stick to it.

“We just got to quit zig-zagging," Choate said. "Quite honestly, nobody -- not Dr. (Anthony) Fauci, not our health experts in Gallatin County -- nobody has the right answers and I don't think anyone is going to blame anybody for that. But we need to stick to a plan, and I think that’s been the most difficult thing for our guys, is staying mentally engaged.”