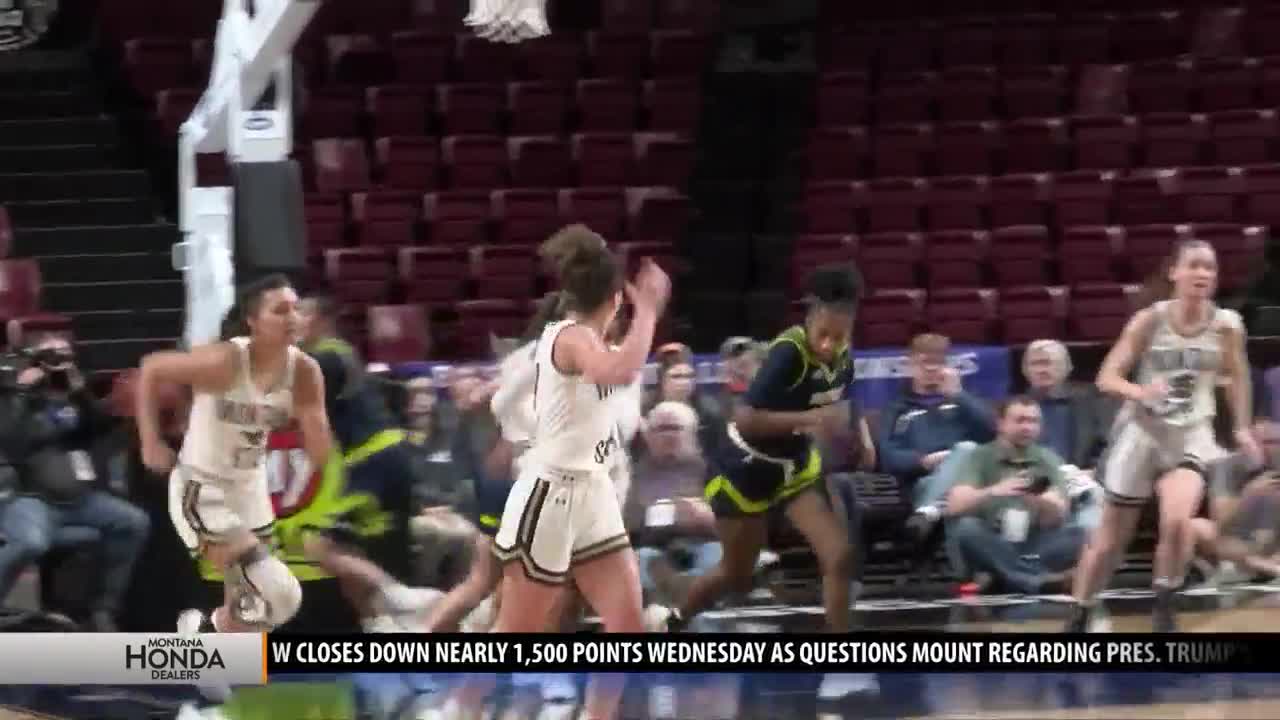 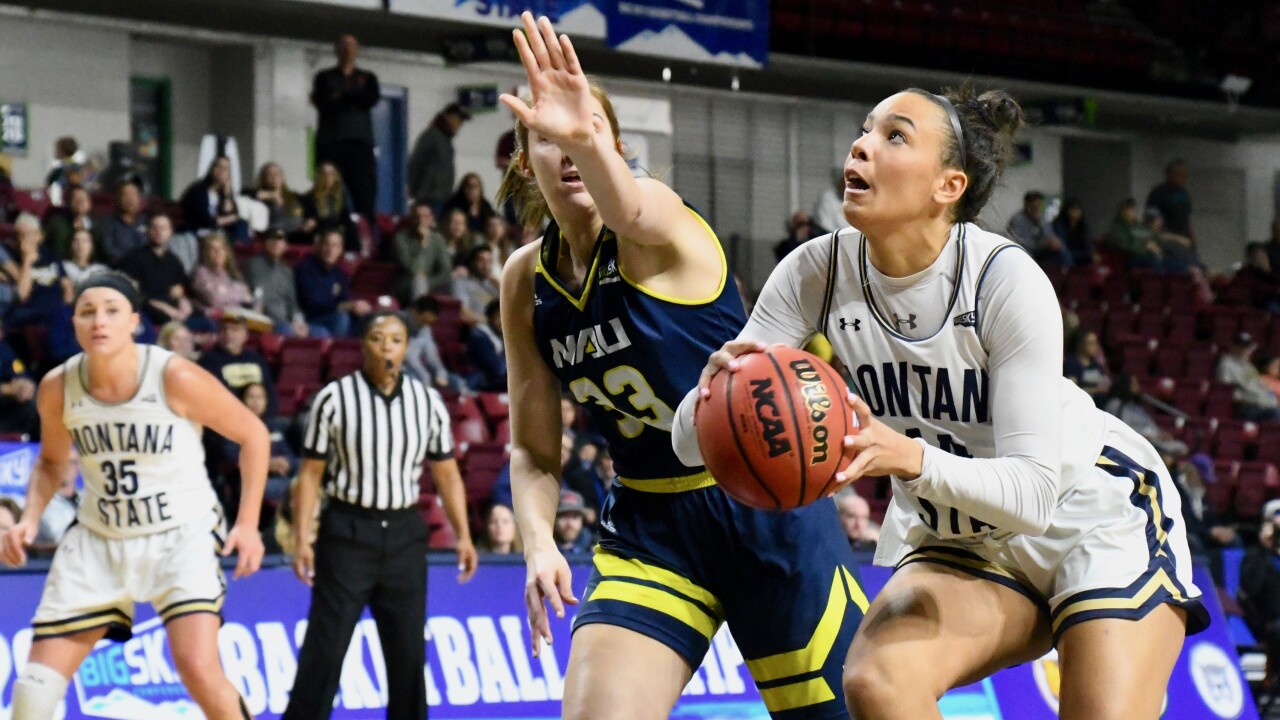 BOISE, Idaho -- If Tuesday's quarterfinal win was iced by a freshman, it was only fitting a senior filled the role for Montana State in Wednesday's semifinal game.

Blaire Braxton came up clutch time and time again, out-performing her solid stat line of 11 points, nine rebounds and two steals to help the Bobcats to a 76-71 win over Northern Arizona in the Big Sky Conference women's basketball tournament at CenturyLink Arena.

"She is totally a glue person of this team," MSU's Fallyn Freije said of Braxton. "And for her to have that big of a steal at the end of the game just shows she’s going to go every possession as hard as she can. ... Just hat’s off to Blaire this game. I think she totally was the most important piece to this puzzle (Wednesday)."

Steady production from freshman Darian White and Freije, the Big Sky Conference most valuable player, is expected, and those two delivered again Wednesday, but Braxton was the third leg of the attack. She was the loudest voice encouraging increased effort in the rebounding battle and chasing loose balls, and her actions matched her words. Braxton's nine boards were a game high, and she corralled three on the offensive end. Montana State had 14 second-chance points on eight offensive rebounds.

And Braxton made arguably the play of the game on the defensive end. Trailing 74-71, NAU had the ball with 18 seconds remaining. The Lumberjacks tried to inbound the ball to standout Khiarica Rasheed, but Braxton batted the ball away, leading to a loose-ball scrum on the floor. Montana State's Madison Jackson came up with the ball, got a pass out to White, and the Bobcats ultimately sealed the win with two free throws.

"At the beginning of the game, we get in our huddle after they call the starting lineup and everything, and (Wednesday) a big emphasis was, every hustle play, every 50/50 ball, every rebound is ours, and I think we did that," said Braxton. "But I can’t preach it if I don’t do it, so I said, ‘There’s however much time left on the clock, let me get this ball out of one of their best players’ hands.’"

Braxton's late-game heroics were necessary, because Northern Arizona just wouldn't go away. After a sluggish start, Montana State took the lead early in the second quarter behind an 8-0 run. The Bobcats pushed the lead to 35-28 by halftime and led by as many as nine points in the third quarter. The Lumberjacks, though, were back within 55-51 going to the fourth after Nina Radford hit a short jumper with 30 seconds left in the third. Radford scored a game-high 21 points on 9-of-14 shooting , including a 3-for-4 mark from 3-point range.

MSU immediately answered in the fourth, stretching the lead out to 65-55 after a fast-break 3-pointer from White and a driving layup from Freije. MSU's lead was still nine with 3:28 to play and six with 1:48 left, but Lauren Orndoff converted a three-point play and MSU turned the ball over, giving NAU its last-gasp effort.

"I think this year we’ve been very well-prepared. I know we’re (25-6), but it’s not like we were killing teams playing our best every single game. We’ve been in situations where we’ve been down by 14, down by 15, whatever, come back, win," Freije said. "We’ve just been tested all year, what that looks like to get a stop and get a solid score, get a tough stop and get a solid score. I really don’t think this team gets too nervous in those situations just because we’ve been tested so much this year, which really is a blessing for us."

Freije finished with 14 points and four assists for MSU, and White had another stellar game in her hometown, scoring 19 points and swiping three steals. White, who was named the Big Sky freshman of the year on Monday, continues to show her stardom on the league's biggest stage.

"The resilience of this team: I feel like we continue to get everybody’s best punch, and this team just certainly finds ways," Binford added. "I thought (Braxton) was phenomenal (Wednesday) for us, but she’s been doing this all year long, on the glass, on the defense. And when we ask this team to buy in to what we need to do defensively, it started last spring, and it started with the senior class."