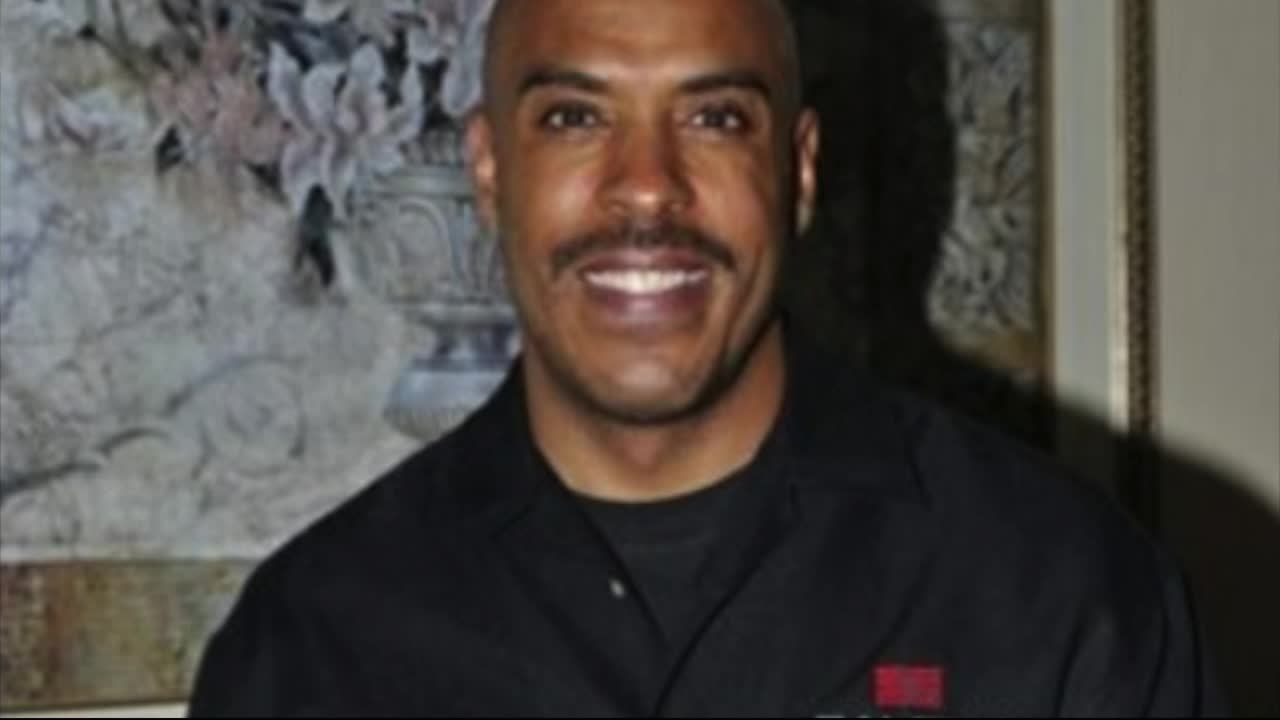 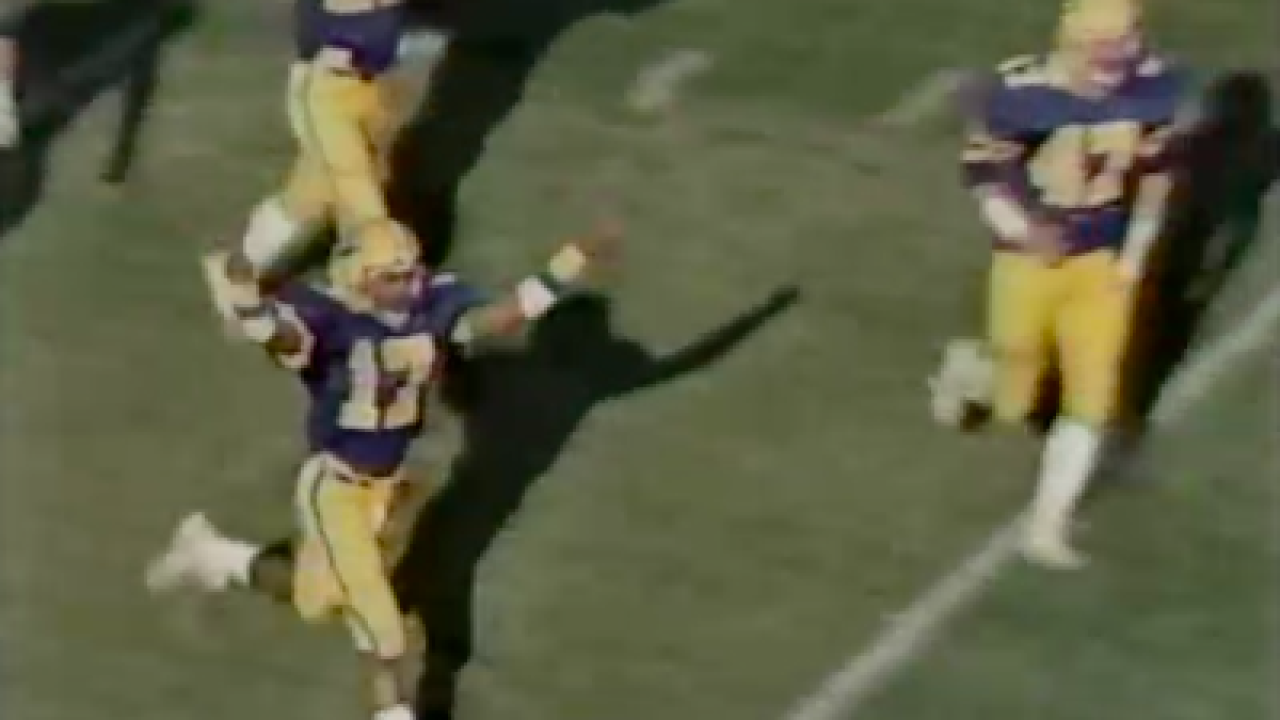 MANHATTAN BEACH, Calif. -- "No. 17, Derrick Abell, Inglewood, California," is how the Montana State University defensive back introduced himself during the pregame TV broadcast in 1984.

It was Abell's sophomore year in Bozeman, a season he and teammates entered with zero thoughts of winning a national championship.

"I don't think we had aspirations, and if they did they were lying to themselves, that we were going to be a championship-caliber team," Abell recently recalled to MTN Sports from his office in Manhattan Beach. "I think we were just looking for some wins."

They didn't come easy. Peaks and valleys. Then there was the game in Missoula when things looked ugly against the Griz.

"I remember Mark Fellows standing in the huddle and it happened to be against the University of Montana," Abell remembered. "I believe we were on their field when this happened. It was muddy, it was terrible and all they were doing was throwing the ball. We were tired. We were greyhounds, that's what we called ourselves back in that secondary because all we did was run. And Mark was that bulldog on that line, and the confidence he gave us to do our job was knowing that him and others up front were doing to do their job, it made us feel confident. So the leadership during that time, it was phenomenal."

The Bobcats won it 34-24. One more instance in a four-year book on adversity.

"I think through the ashes we were able to build something special that I don't think will ever be duplicated again," said Abell. "What I learned from that context is that relationships are so important in our lives."

Led by head coach Dave Arnold, the surprise Bobcats capped a 12-2 campaign with a 19-6 national title win over Louisiana Tech in mid-December.

Bobcat players in the 1980s were assigned foster parents, a luxury Abell to this day calls invaluable. Bruce and Lisa Parker opened their door for him.

"I can't even begin to tell you how much that means to a young kid coming from the inner city, or any outside area for that matter, to be alone in college and trying to navigate through the academics, the social life and trying to figure out where you fit in," Abell said candidly. "I do think that it was God's plan that I was connected with Bruce and Lisa because to this day they're like my mother and father ... extended family."

Abell, who at one point thought about becoming a sportscaster, said he took a job after college with the LA Times thinking that might be his first step. Instead, it unexpectedly sparked his interest in law enforcement.

"One day, sitting in the break room on a graveyard shift, I was looking in the newspaper," he recalled. "LAPD was hiring on one page (for) $34,000 a year with benefits. A couple of pages over, the LA County Sheriffs were hiring with the same thing, and obviously they were competing with each other at the time. And I don't know what made me really think that I could do that, but I started to become more interested in law enforcement because of the professionalism. I saw the uniform, I saw what they were about at that time."

Circa four months later, Abell was hired by the LA County Sheriffs Department.

Now, nearly 30 years later, he's the Police Chief in Manhattan Beach. In between, Abell has coached youth football for over 20 years, was a member of the SWAT Team, and was a young officer who worked the civil unrest of the1990s LA riots. His wife pregnant with their first child at the time, the Abells were living back in Inglewood when much of the intercity neighborhood was suddenly set on fire.

"I remember very distinctly Manchester, the street we lived near, was on fire and people were looting businesses and taking things," Abell said. "I'll never forget, my watch commander at the time called and said, 'Derrick, we need you to come in. We're on tactical alert.' And I said, 'Lieutenant, as much as I appreciate that, I have a wife who's pregnant and she's at home by herself and I can't leave.'

"And to think here we are, what 28 years later, or about that time, and history repeats itself ... it is pretty surreal. And dealing with COVID-19 at the same time. But I will tell you, we always rise to the occasion. Just like in football you learn to adapt and try to bring calm to all the situations in our area."

Just a couple weeks ago, Abell said he was walking through downtown Manhattan Beach reassuring residents that his department was there to protect before a possible protest in the aftermath of George Floyd's death.

"I happen to see these three black young kids coming towards me, and I'm in uniform so there's an opportunity to just reach out and say hi. And as I said hi, they said, 'Hey coach, how you doing?' And I hadn't realized that these three had graduated a couple years back, and so we started talking about football and about how they were doing."

Abell's coaching rapport had led to a trust between the men. Trust to the point that his former players in that moment clued Abell in to a nearby protest expected the next day. That conversation led to the protest's organizer, a young, well-educated, well-spoken Latino woman according to Abell, reaching out to request his department's help. Over the course of an in-station visit, they devised a peaceful plan to accommodate 50 or 60 people on the Manhattan Beach pier.

"That next morning, I had information that this protest had gone viral," he said. "So, by the time we got out there, the crowd had started to gather and we went from 50-60 people to close to a thousand. And the crowd continued to grow even thereafter."

Abell said he spoke to protesters from a coach's perspective, and even a father figure, letting them know that his department was there for support, not violence. The result was a peaceful demonstration.

Abell says he's been married for 30 years to his college sweetheart from Dickinson, N.D., and confesses that it took him 25 years to learn to listen. He believes now more than ever is when the nation, as a whole, needs to listen.

"People are coming from all different directions and have something to say. I think it's up to us in law enforcement across this nation -- not just in law enforcement, but I think in all entities and aspects of society -- to pay attention, and take a step back to ask the question, 'What are we doing in all aspects of life to make lives better on all levels of society? And what is it that we're not hearing, or not paying attention to?'

"I think sometimes you lay down at night and think to yourself, 'What have I gotten myself into, or am I the right leader for this? But if not me, then who?' So, as much as I might be nervous, scared at times, and may have concerns about my ability to effect change, if I'm not willing to take a risk like we did in football, then step aside and let somebody else do it. (But) I'd rather step up."

Asked if he has held on to any Bobcats memorabilia, Abell replied convincingly with a broad smile, "Not only do I have it, I keep hit here in my office, along with our team picture from the '95 Hall of Fame induction. I keep it close to me, near and dear to my heart, wherever I go."