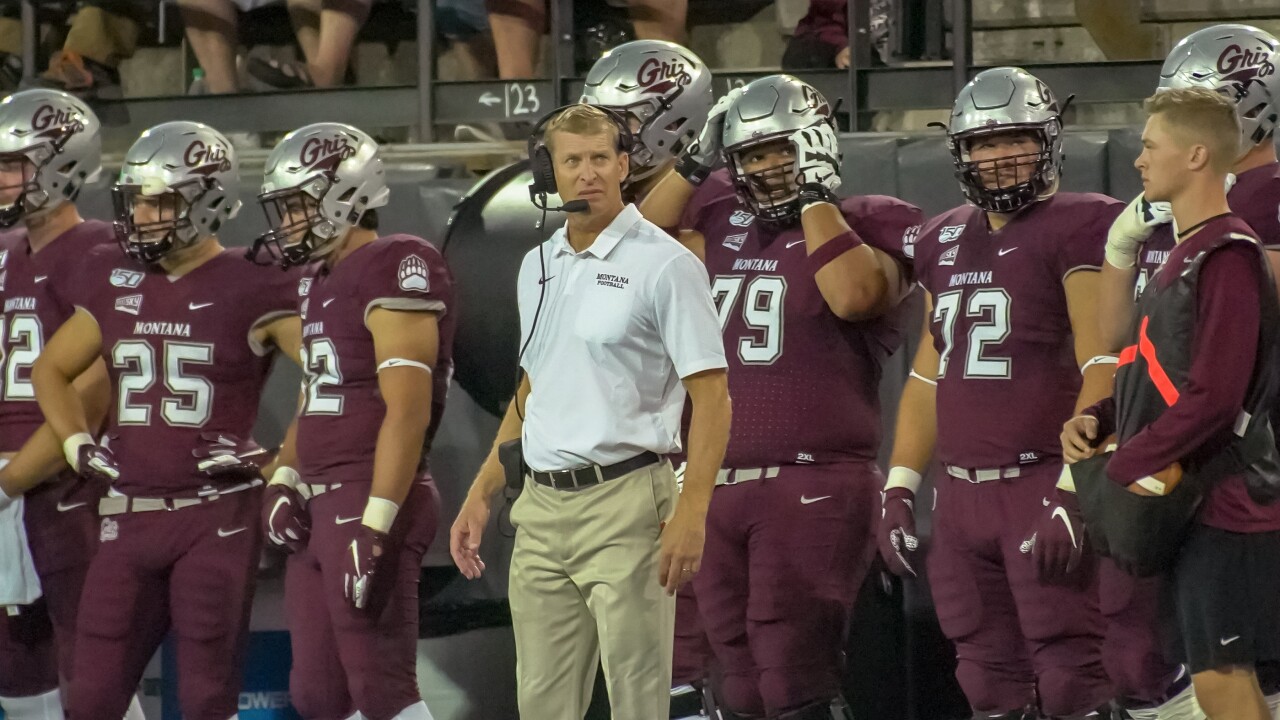 MISSOULA — Montana has plenty of difficult tests on its football schedule this year. None of them will be tougher than what the Grizzlies face on Saturday.

The Griz head to Oregon to take on the No. 15 team in the country and one of the favorites in the Pac-12, the Oregon Ducks. After a close opening loss to now-No. 8 Auburn, 27-21, Oregon obliterated Nevada last week, 77-6.

Many FCS teams play at least one FBS opponent every year for the large payment athletic departments receive for the trip. The Griz don't need those large checks often because of how much they make on home games. But a trip to Eugene does provide another benefit for coach Bobby Hauck and company.

"With our league having so many members, there aren't any FCS teams in the western U.S. that aren't in our league for the most part, so scheduling is difficult. You have to kind of make it work somehow. For us to be able to get regional games and not have to travel to the East Coast to play games is good," Hauck said.

Hauck added he would only measure success in Eugene with a win. The No. 20 team in the FCS takes on the 15th-ranked team in the FBS at 8:45 p.m. (MDT) Saturday night at Autzen Stadium.