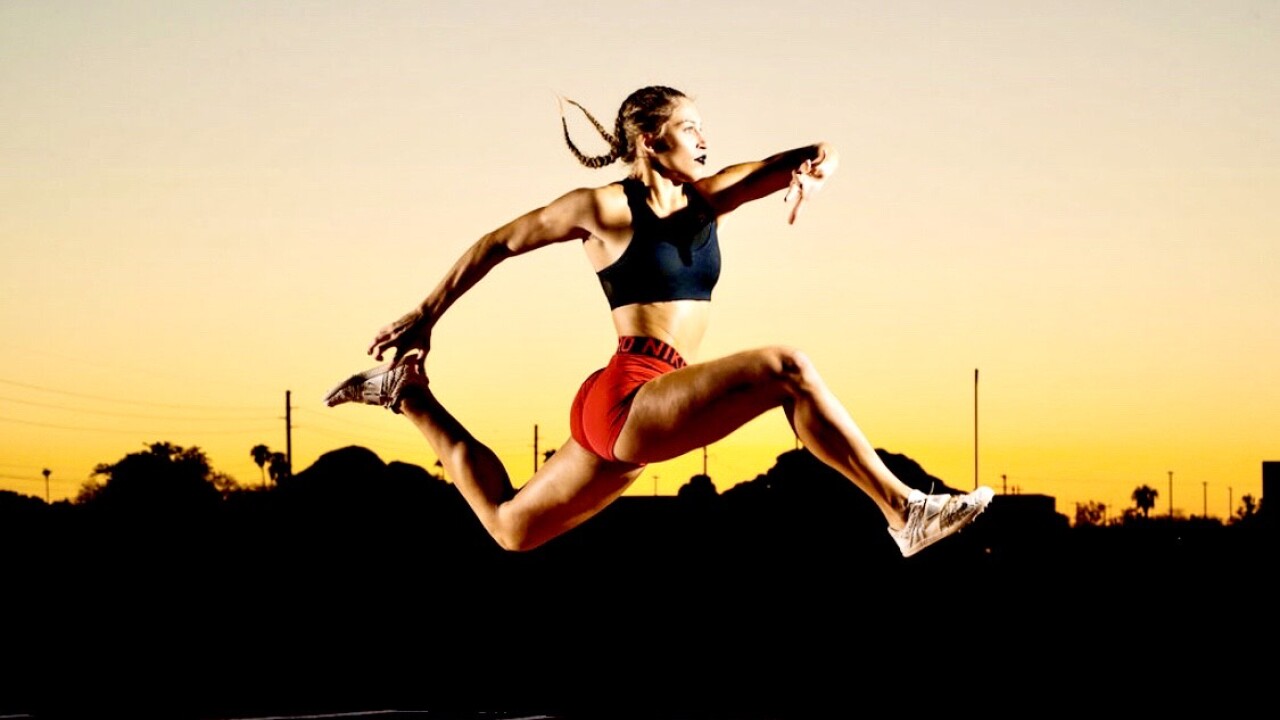 MISSOULA — After a speedbump in the process, Havre native and former University of Montana jumper Sammy Evans is back on track toward her goal of reaching the 2021 Tokyo Olympic Games.

Back in March, Evans' Olympic dreams were put on hold, along with the games themselves, due to COVID-19. Evans spent nearly two years of training and working multiple jobs to pay for it all before the games were ultimately postponed.

However, this week Evans announced via social media that she would be back training for the 2021 Games.

It's different this time, though. In the past, Evans had to fund herself with the help of some sponsors. Now Evans is signed to a full contract with Iron Rod Health, which pays for her training while also paying her to be in advertisements.

"Especially this time around, I'll actually be able to put more time into that than I ever have, and I'm excited to see what that looks like and how much better I would get, if I am not having to juggle eight different things on my plate to pay bills to be able to train," said Evans.