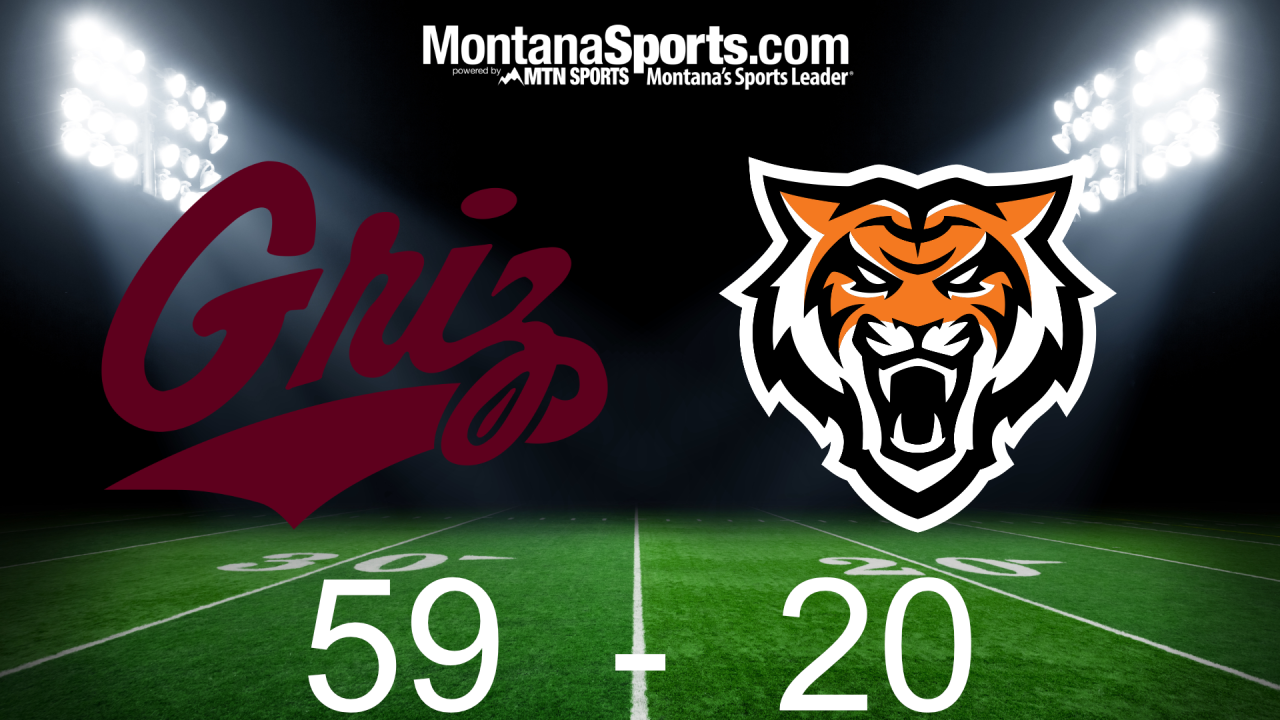 MISSOULA -- Dalton Sneed had another monster game -- 26-of-41 passing for 397 yards and two touchdowns, 16 carries for 67 yards and two more TDs -- in helping No. 8 Montana to a 59-20 Big Sky Conference football win over Idaho State Saturday at Washington-Grizzly Stadium.

The Bengals jumped out to a quick 17-0 lead, but the Grizzlies responded with 24 unanswered points, including three short touchdown runs from Marcus Knight, in the second quarter to take a 24-17 lead into halftime. UM poured it on in the second half with Sneed throwing TD passes to Samuel Akem and Samori Toure and rushing for two more. Akem finished with 10 catches for 135 yards and Toure had eight catches for 188 yards.

After a slow start that saw Idaho State score on each of its first three possessions, the Griz defense closed with a strong finish. Unsurprisingly, Dante Olson led the charge, racking up 18 total tackles. Jace Lewis added 14 tackles.

TURNING POINT: Idaho State defensive lineman Anthony Parker drew a flag for an unsportsmanlike conduct penalty after the Bengals had seemingly stopped the Grizzlies on a third-and-long play deep in their own territory in the third quarter. The penalty gave UM an automatic first down and new life. Four plays later, starting with a 40-yard pass to Samori Toure and ending with an 8-yard touchdown pass to Toure, and the Grizzlies were up 38-20 late in the third, which opened the floodgates for the lopsided win.

STAT OF THE GAME: Montana pass yards and Idaho State penalties. The Grizzlies couldn't get much going with a traditional rushing attack, but that didn't matter as Sneed carved up the Bengals' defense at every level for his 397 yards. ISU did itself no favors, though, losing 121 yards on 11 penalties.

GAME BALLS: Sneed, Akem and Olson. Sneed has been exceptional in his senior season, and he continued that in Saturday's win. When the Griz were struggling early, Sneed relied heavily on Akem, who was his favorite target in the first half. Olson, meanwhile, keyed the UM defense, which forced Idaho State to punt on nine of 11 possessions.

WHAT’S NEXT: Eighth-ranked Montana (5-1 overall, 2-0 Big Sky Conference) has an open week before returning to the field on Oct. 19 to kick off the second half of its schedule. The Grizzlies next play at Sacramento State at 7 p.m. on Oct. 19. Idaho State (2-3, 1-1), meanwhile, returns to Pocatello for a Big Sky game against North Dakota, which is coming off a 38-36 win over UC Davis.