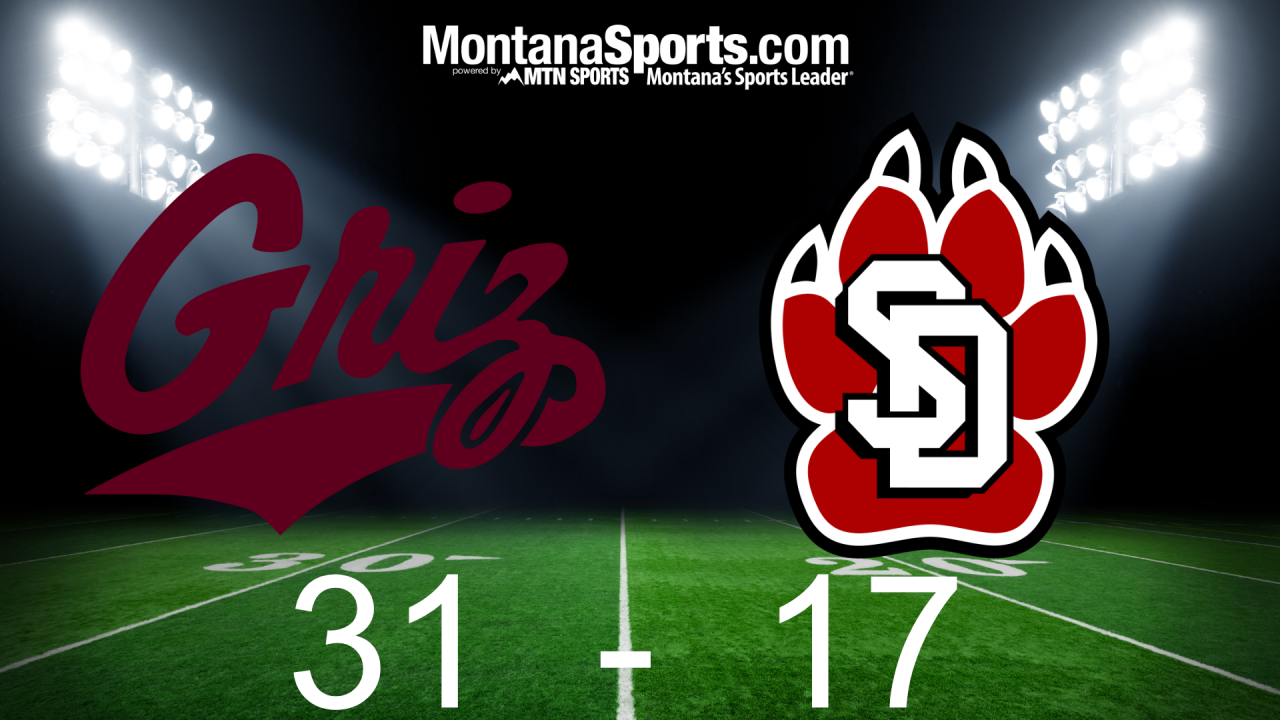 VERMILLION, S.D. -- Dalton Sneed completed 37 of 52 passes for 430 yards and three touchdowns in helping lead Montana to a 31-17 win over South Dakota in non-conference football action at the DakotaDome Saturday.

Both teams started slow with neither scoring in the first quarter. South Dakota put three points on the board early in the second quarter, but the Griz took the lead on Sneed-to-Samori Toure touchdown moments later. They would never trail again.

UM led 17-10 at halftime, and the Coyotes wouldn't get closer than seven points the rest of the game as Montana scored on five consecutive possessions.

Toure and Samuel Akem each finished the game with nine receptions. Toure had 142 yards and a score, and Akem had 158 yards and a touchdown. Robby Hauck led the defense with 11 total tackles.

TURNING POINT: Montana cornerback Justin Calhoun, a converted wide receiver, made a leaping interception at the 6:15 mark of the fourth quarter with the Griz leading 31-17. UM held the lead for much of the game, but South Dakota stayed within striking distance thanks to big plays from receiver Kody Case. Calhoun's INT gave the ball back to Sneed and the offense, who ran out the clock to secure the win.

STAT OF THE GAME: Sneed's 430 passing yards on 37 completions. The Griz were unable to muster much in the ground game, but Sneed had a career day passing the ball. He completed passes to 10 different receivers.

GAME BALLS: Sneed, Toure, Akem, Hauck and Calhoun. UM basically ran the ball through the air, with Sneed hitting Toure and Akem and others with quick-hitting passes. Toure, especially, helped the offense find a rhythm in the first half. Hauck and Calhoun anchored the UM secondary that struggled with Case, who finished with 11 for 144 yards and two touchdowns, but ultimately kept South Dakota in check.

WHAT’S NEXT: Montana (1-0) returns to Missoula for its home opener against North Alabama, which is 1-0 after defeating Western Illinois 26-17 on Thursday. Quarterback Christian Lopez passed for 290 yards and a touchdown in the Lions' win, and Terence Humphrey had 102 rushing yards and a TD. Kickoff between the Griz and Lions is slated for 7 p.m. Sept. 7 at Washington-Grizzly Stadium.