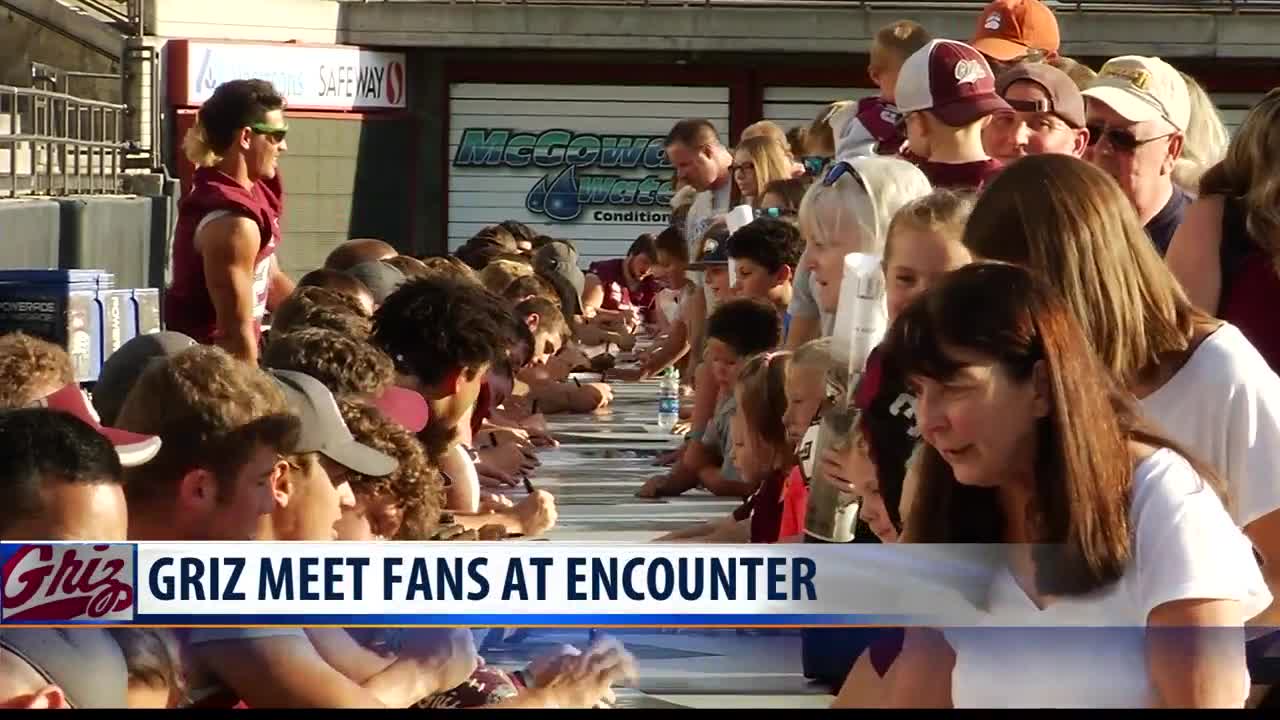 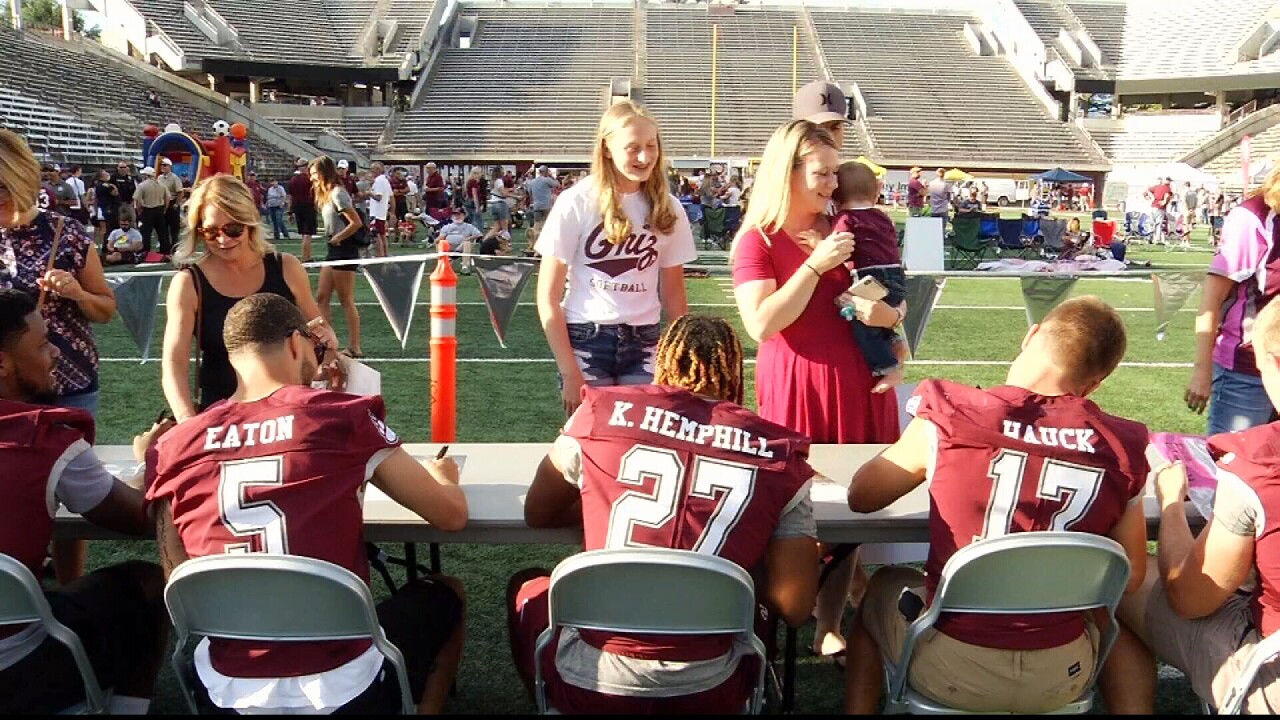 MISSOULA — Fall camp becomes a grind for college football players. Practices, workouts and meetings take up most of their time during three long weeks. But as it comes to an end, the Grizzlies got a chance to unwind with some of their biggest and littlest fans.

UM hosted its annual Great Griz Encounter in Washington-Grizzly Stadium on Friday. Montana's football and volleyball teams signed autographs and spent some time sharing smiles and high-fives with Griz fans. They also set up a bouncy house, brought in food trucks, and showed Captain Marvel on the big screen later in the evening.

The night can create a few hand cramps, but the Grizzlies look forward to it every year.

"It's great to see all of the fans come out," said junior linebacker Jace Lewis. "All of the little kids, they are excited to see you. It's always funny asking them, 'Who's your favorite player?' It's just great to see everybody with a smile on their face out here."

Lewis added that one fan called him their favorite player, but most picked his fellow linebacker Dante Olson.

"Oh, this is awesome," seconded senior tight end Colin Bingham. "It's not too often that we get to personally interact with the fans. You get a brief moment after games and stuff, but this is a big deal for us, getting to see all of the fans, sign autographs for them. It means a lot to us, too. I know it means a lot to them. It also kind of marks the start of the season for us, getting into game week and stuff. And there is just a lot of good vibes out here."

The Griz hold one more practice on Saturday. And then it's on to a normal week of preparation before they kick off the season at South Dakota next Saturday.