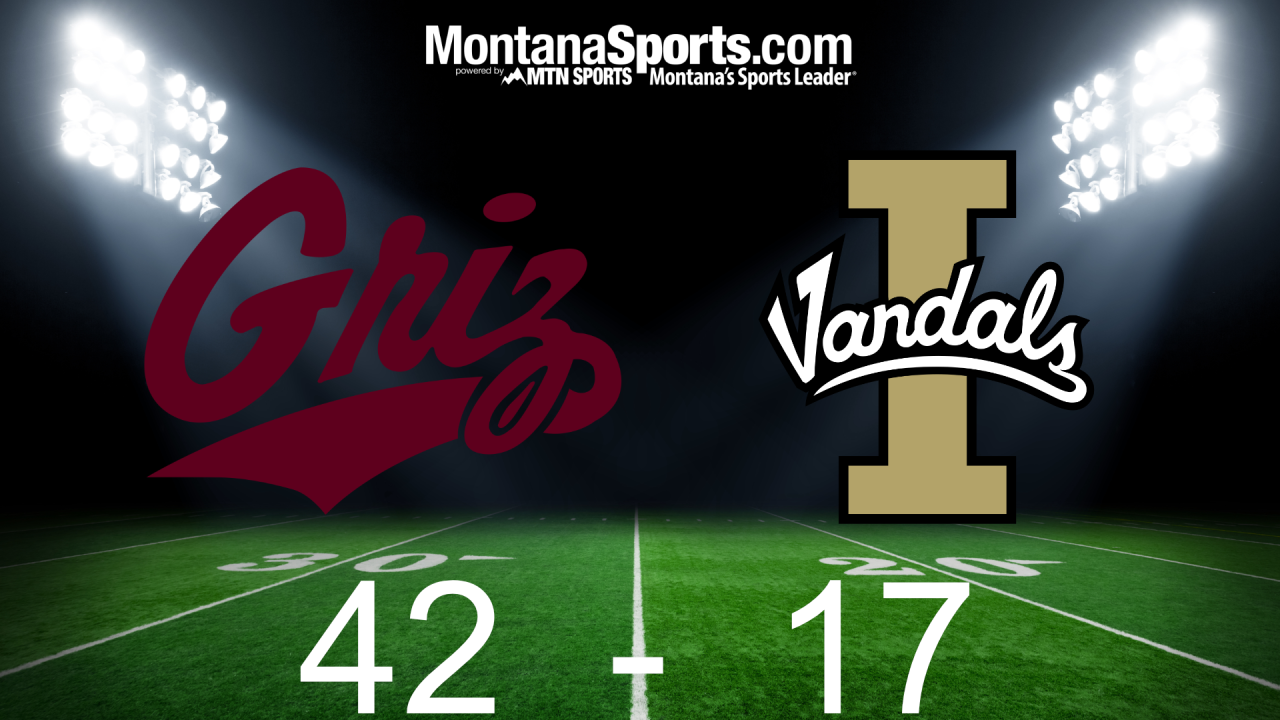 The Griz got off to a slow start, falling behind the visiting Vandals 10-0 thanks to three early turnovers. Sneed returned in the second quarter, though, and the UM offense immediately found its rhythm, scoring twice in the quarter to take a 14-10 halftime lead. Spanning the second and third quarters, the Griz scored 28 unanswered points to take control.

TURNING POINT: Sneed's return. The Griz turned it over on their first three possessions -- two Cam Humphrey interceptions and a Knight fumble -- before Sneed entered the game in the second quarter and immediately led UM on a touchdown drive. Sneed had missed the previous two games with an injury.

STAT OF THE GAME: Penalties and field position. In a game that was statistically even, Montana picked up an advantage in hidden yards. There were plenty of flags thrown on Saturday, but Idaho was especially hurt by penalties. The Vandals were flagged 14 times for 84 yards. In the special teams phase of the game, Idaho averaged just 35.4 yards per punt, giving UM an average starting field position of its own 37. The Griz, though, actually started a possession on the Idaho side of the 50-yard line four times.

GAME BALLS: Sneed and Samori Toure. Sneed didn't have the spectacular statistical showing to which Griz fans have grown accustomed -- 17-of-27 passing for 241 yards and one touchdown -- but he didn't turn the ball over and kept the chains moving. Toure was a monster in the passing game, catching nine passes for 129 yards and one touchdown.