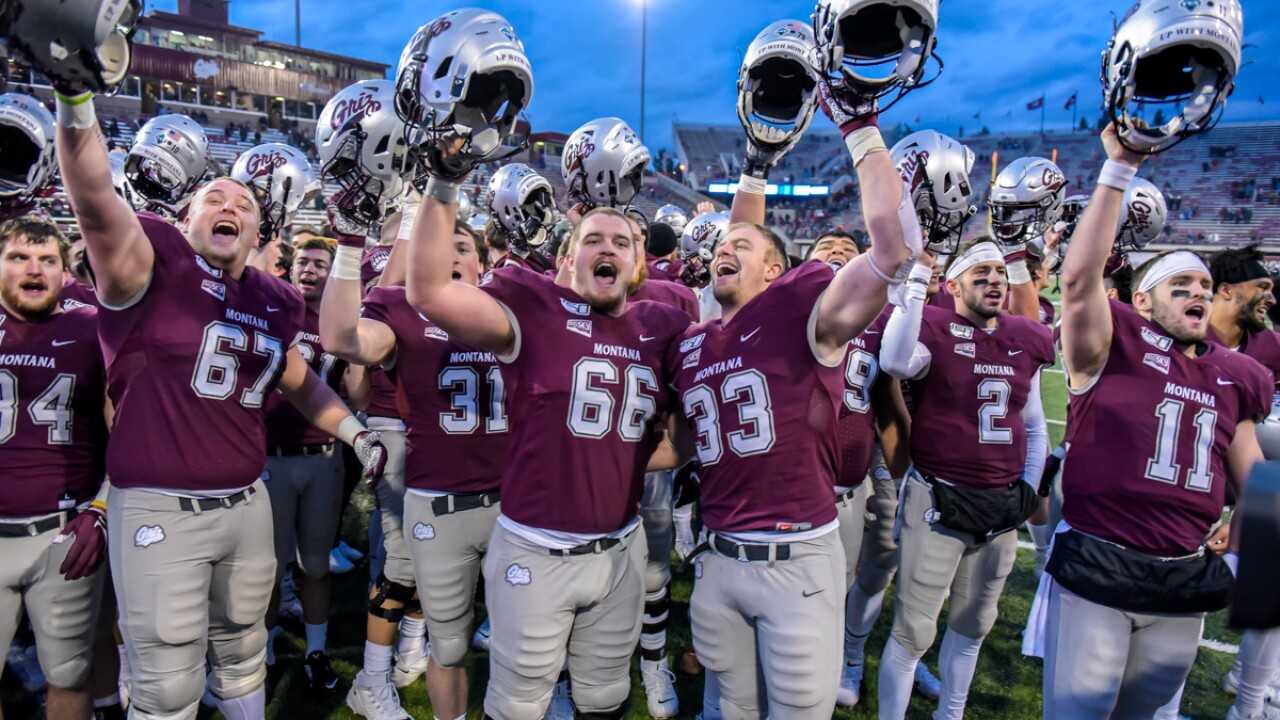 MISSOULA -- The Montana Grizzlies came into their second-round FCS playoff game taking on the Southeastern Louisiana Lions. Montana hadn't been in the playoffs or hosted a home playoff game since 2015, but it didn't take long for the Griz to find that playoff magic once again and dominate the Lions 73-28.

From the start, it looked like both offenses would be battling for the entire hour of game play, but after the Griz defense let the Lions score their first touchdown, they locked in and held them to only 28 total points.

"Today was a lot of fun. That's kind of how it goes, the offense has our back, we have the offense's back," said senior linebacker Dante Olson. "If the offense is rolling, the coaches have their game plan. If they feel comfortable dialing up some pressure it's always fun to pin the ears back and try to get after their offense and quarterback."

On the other side of the ball, the offense did more than its share to get the win. Quarterback Dalton Sneed connected with wide receiver Samori Toure for a 62-yard touchdown on their first offensive snap. From there, the Griz offense breezed by the Lions for seven more offensive touchdowns.

Sneed and Toure led the charge. Sneed finished with 459 passing yards and five touchdowns through the air, while Toure caught three of those touchdowns and racked up 303 yards, breaking Randy Moss' single-game FCS playoff record.

While Sneed also had a career day, he pointed out that the offensive linemen were the most valuable players on Saturday.

“That’s where it starts, is up front. I know Samori got that record today and we’re sitting here talking about how many yards I passed for today, but zero sacks, that’s the highlight of the day for me and it’s because of the offensive line and the great job they did," said Sneed after the game. "I think there’s two plays out there, they were in the first half where they blitzed and it wasn’t picked up, and that’s not the offensive line’s fault, that’s my fault. We got it all sorted out and I didn’t get touched the rest of the day, so tremendous job by them.”

Coming into the game, a big talking point was the fact that no players on the 2019 roster had played in that last playoff game in 2015 and lacked experience. On Saturday, the team looked like it had been there before and coach Bobby Hauck agreed.

“I know that our group had not played in a playoff game before, but they looked like veterans and handled all of that really well, so I’m proud of our team," said Hauck. "Certainly, the effort level, the plays that were made today on offense, defense and special teams, we looked like a good college football team.”

On the other side, SE Louisiana's head coach even praised the way the Griz handled them on Saturday and said if Sneed keeps it up, there's not many teams that can stop Montana.

"I think coach Hauck does a heck of a job and they have a great history here so there's tradition to build on. Especially at home, I think they do have an advantage here," said SE Louisiana head coach Frank Scelfo. "Where it takes them, I don't know. They have a good football team and if the quarterback plays like he did today, man, I don't know who's going to stop them. I think defensively they are that good, so they have a chance to take it as far as they want."