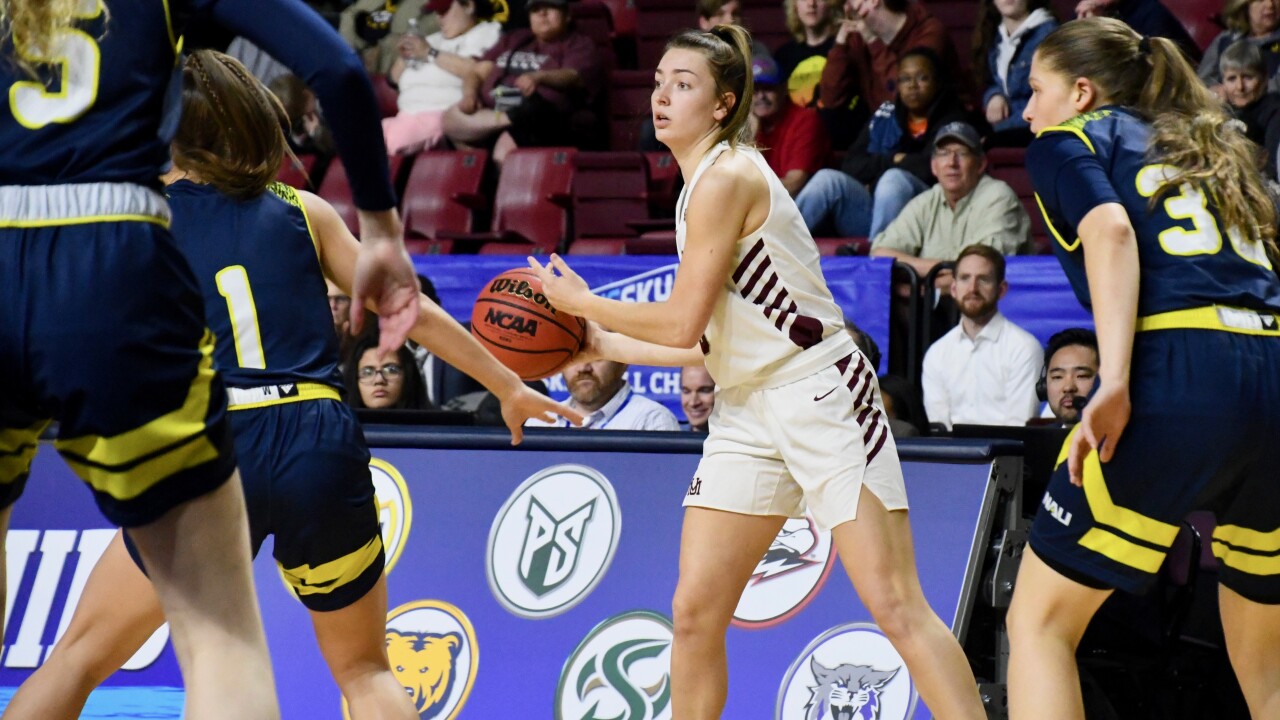 SLIM KIMMEL/MTN Sports
Montana guard Gabi Harrington looks to pass against Northern Arizona in the quarterfinal round of the Big Sky Conference women&#39;s basketball tournament at CenturyLink Arena in Boise.

Former Montana Lady Griz redshirt junior Gabi Harrington announced on social media Thursday that she will be transferring to the University of Idaho.

The announcement comes two days after Harrington announced she would be leaving Montana.

On Tuesday afternoon, Montana Lady Griz redshirt junior Gabi Harrington confirmed with MTN Sports that she has entered the transfer portal. Her decision was originally reported by SWX.

Harrington saw playing time in 29 games during the 2016-17 women's basketball season before starting 23 games as a sophomore the following season. In that 2017-18 campaign, Harrington finished the season averaging 11 points and 6.3 rebounds per game while averaging 26.8 minutes per game.

This past season, Harrington saw her time decrease as she started in 15 games but still averaged 23.2 minutes per game. She averaged 7.5 points and 4.5 rebounds per game as the Lady Griz compiled a 17-13 overall record, including a 12-8 mark in Big Sky Conference play. UM earned the No. 4 seed for the Big Sky Conference tournament and lost to fifth-seeded Northern Arizona 68-65 in the quarterfinal round.

With Harrington transferring, that makes four Lady Griz that will gone next season, after McKenzie Johnston, Emma Stockholm and Taylor Goligoski all graduated.