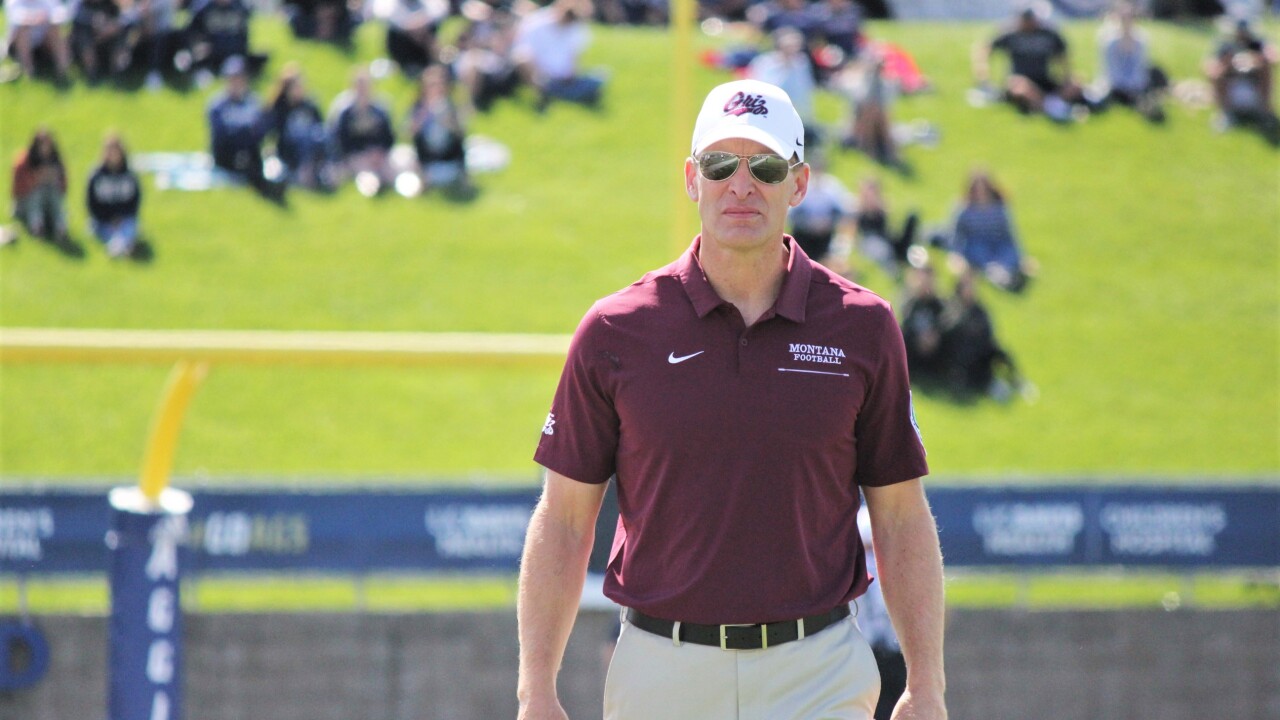 MISSOULA — The Montana Grizzlies began fall football practices last Wednesday after the NCAA granted them 15 days of in-person team activity to utilize, essentially mocking what used to be spring camp.

On Tuesday, head coach Bobby Hauck addressed the media and gave updates on the season that seems to be ever-changing.

"I think the guys are excited to get back out on the field and work a little football, it’s been a long time since we’ve been out there," said Hauck. "Like any spring practice, you need to get out there and play in order to develop your young guys. Everybody’s got improvements to make. We are a little late getting started here, but we'll get them in. We need to get better. If we are going to win to the degree that we want to, we have to get better."

Hauck touched on the difficulties that have come with the season in recent weeks, including something he's big on: player development.

"You have to be with them, first of all, so that's been the biggest problem," said Hauck. "From last March until now, is just being able to be with your guys and bring them along. Not doing it in person, if you can imagine teaching football in this same form that we're talking on (Zoom), I don't know how much we get accomplished."

With the spring season coming up, there's still a lot of questions about what that will look like and how teams will be able to train.

Hauck said whatever season they end up playing in, they'll obviously play to be their best but said they're running out of time to attain that goal for spring.

"Things have to change for that to happen," said Hauck. "We're starting to run out of time to maximize that, but it's still attainable. If we play a spring season, we're going to try to win."

However, if the year ends up being a wash and the Griz play next fall, they'll potentially return a number of fifth-year guys who are already forces in the Big Sky Conference.

"The more you get to play the better you're going to be and the more you understand the game," said Hauck. "You can use the NFL as an exhibit, they talk about how much rookies learn and it's no different with college guys how they learn through their careers."

However, the Griz also have a number of guys who may decide they don't want to stay for another season, something Hauck is prepared for.

"Guys have degrees, they have jobs lined up, a couple of guys may have a chance to go to the NFL. These guys have lives and plans outside of football," said Hauck. "So, I think it'll interesting to see the retention or lack of at every university going into next fall. If you had my perspective on it, if you had to give me a chance to go back for another year of college, I'd take it right now."

While Hauck was overall excited to be back on the field and in-person with his players again, he was blunt about the current state of the team.