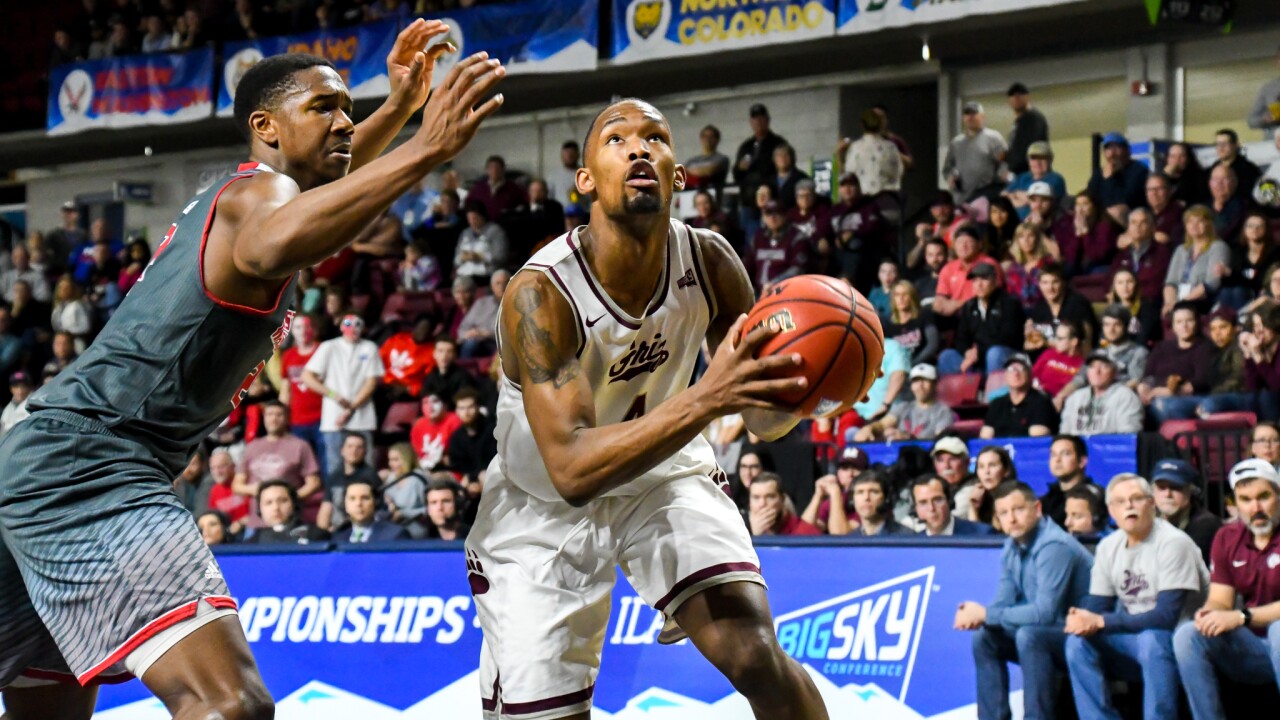 KANSAS CITY, Mo. – After earning All-Big Sky Conference first-team honors earlier this month, Sayeed Pridgett was once again recognized for his athletic achievements. This time, college basketball coaches across the nation named Pridgett one of the top players in the region, with the Oakland native being selected to the National Association of Basketball Coaches' District 6 first team.

Pridgett is joined on the first team by Mason Peatling (Eastern Washington) and Jonah Radebaugh (Northern Colorado) of the Big Sky, as well as Terrell Brown (Seattle) and Milan Acquaah (Cal Baptist). District 6 is comprised of student-athletes from the Big Sky Conference and Western Athletic Conference.

Night in and night out, Pridgett showed that he not only was one of the region's top players, but also one of the most versatile players. During his senior season, Pridgett was the only Big Sky player to rank in the top six for scoring (19.8, third), shooting (.511, third) rebounding (7.2, fifth), steals (1.5, fifth) and assists (3.9, sixth).

Pridgett was named to the All-Big Sky first team for the second season in a row.

On a national level, he stood out as well, being one of 14 players across Division I to rank in the top 40 for both scoring and minutes played. Pridgett also ranked 76th for shooting percentage.

Pridgett led Montana for rebounding 20 times, assists 19 times, scoring on 19 occasions and steals in 13 games. He was in double figures for scoring in all but one game, scoring 20 or more points 13 times, including 30 or more in three games. Pridgett recorded six double-doubles, also flirting with a triple-double on several occasions.

During Pridgett's four-year career – including the past two as a starter – Montana won 86 games, which ranks as the seventh-best four-year stretch in school history, despite the team's 2020 season being cut short due to the COVID-19 virus. Pridgett helped the Grizzlies to back-to-back Big Sky regular-season and tournament titles in 2018 and 2019, playing in March Madness both seasons.

He finished his career among the all-time Griz greats in a handful of categories. With nearly 1,700 career points, Pridgett ranks fourth for scoring, with the most points by a Montana player since Larry Krystkowiak in the early 1980s. He also finished his career in the top 10 in school history for steals and games played and in the top 15 for both rebounding and assists.