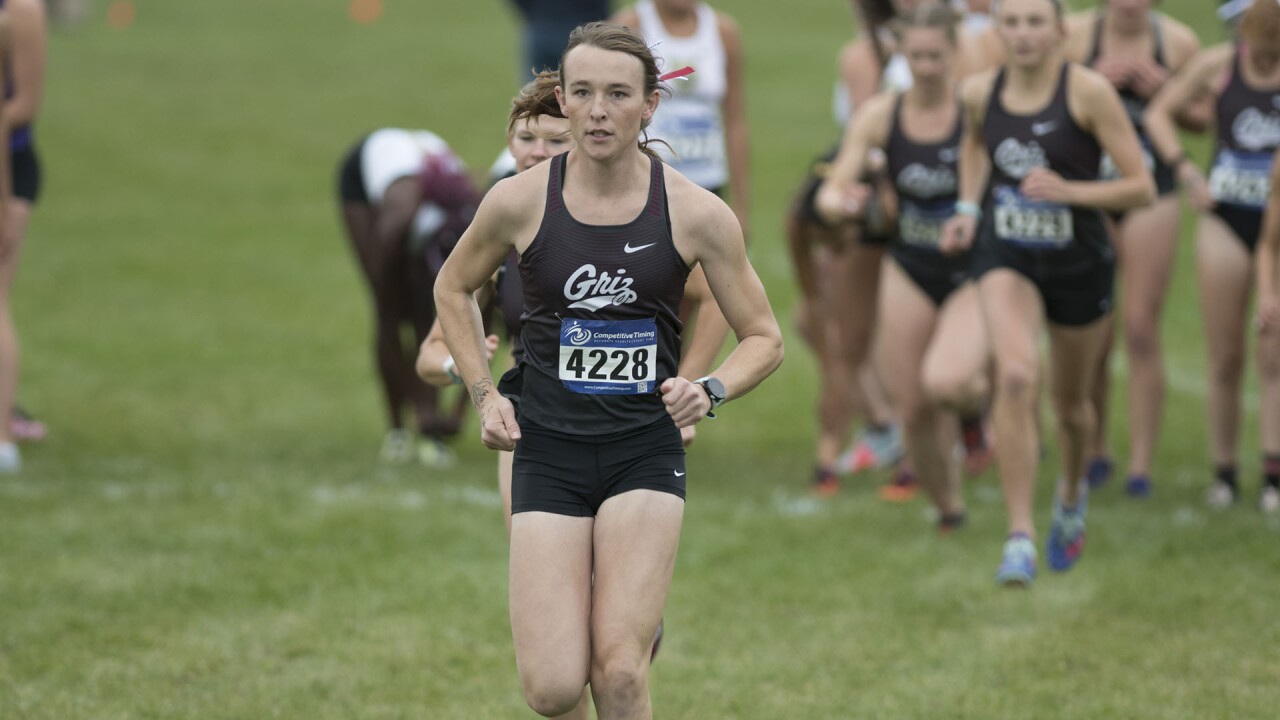 MISSOULA - Montana senior June Eastwood was named the Big Sky Conference Athlete of the Week on Tuesday after racing to a second-place finish at the Bronco Invitational on Saturday morning.

Eastwood covered the six-kilometer course in a time of 20:18 to finish one second behind San Jose State’s Jenny Sandoval in a field of more than 200 runners.

Eastwood has now finished seventh or better at all four of Montana’s races this season. She won the Montana Invitational earlier this month and placed third at the Montana State Classic in mid-September.

Eastwood got out to a fast start on Saturday at Baylands Park in Sunnyvale, Calif., and was among the leaders throughout the race. For the final half mile it was just Sandoval and Eastwood at the front.

“Because it was a bigger race with more people, I was probably more aggressive from the start. I didn’t want to get stuck,” she said.

“That was the plan going into it. If I went out fast I’d be able to relax instead of having to fight my way through the crowds of runners.”

The race was Montana’s first of the season at the six-kilometer distance, and for Eastwood, the longer the course the better.

The Grizzlies will drop down to five kilometers for the Big Sky Conference Championship in Greeley, Colo., on Nov. 2.

“As an experienced runner who has four years of college distance running under their belt, that longer distance is in my wheelhouse now,” she said.

With two runners in the top 10 -- freshman Beatrix Frissell, herself a Big Sky Conference Athlete of the Week earlier this fall, placed ninth -- and four in the top 50, Saturday was a good day for the Grizzlies.

Montana finished seventh out of 26 teams, but only traveling with five athletes meant the margin for error was small, that all five runners needed to have a solid race for the Grizzlies to score to their potential.

One had an off day, and that probably cost Montana a runner-up finish to Utah Valley and a victory over Wyoming.

Montana is No. 14 in this week’s USTFCCCA Mountain Region poll, behind No. 12 Utah Valley and No. 13 Wyoming.

“We went in thinking about some of the other teams that are in our region and trying to compete against them,” Eastwood said.

“It’s hard when you only have five people, for everybody to go in there and have a good race.”

Eastwood and Montana now turn their focus to Greeley and the Big Sky Conference Championship, where the Grizzlies will try to do better than the sixth-place finish projected for them in the preseason coaches’ poll.

Montana has not had a finish better than fifth since winning the Big Sky title in 2010.

“Going into conference, my goals are just to continue to work with Bea and see if the two of us placing high in the results can give us a boost in the team standings,” said Eastwood.