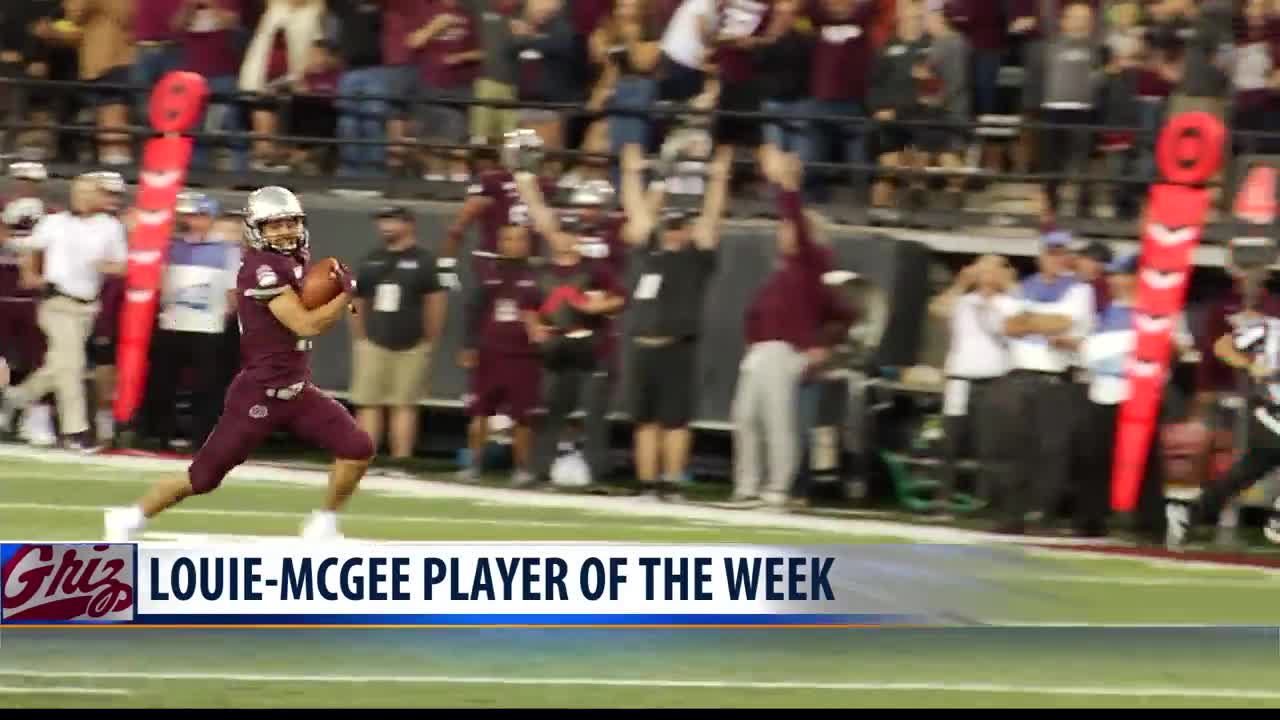 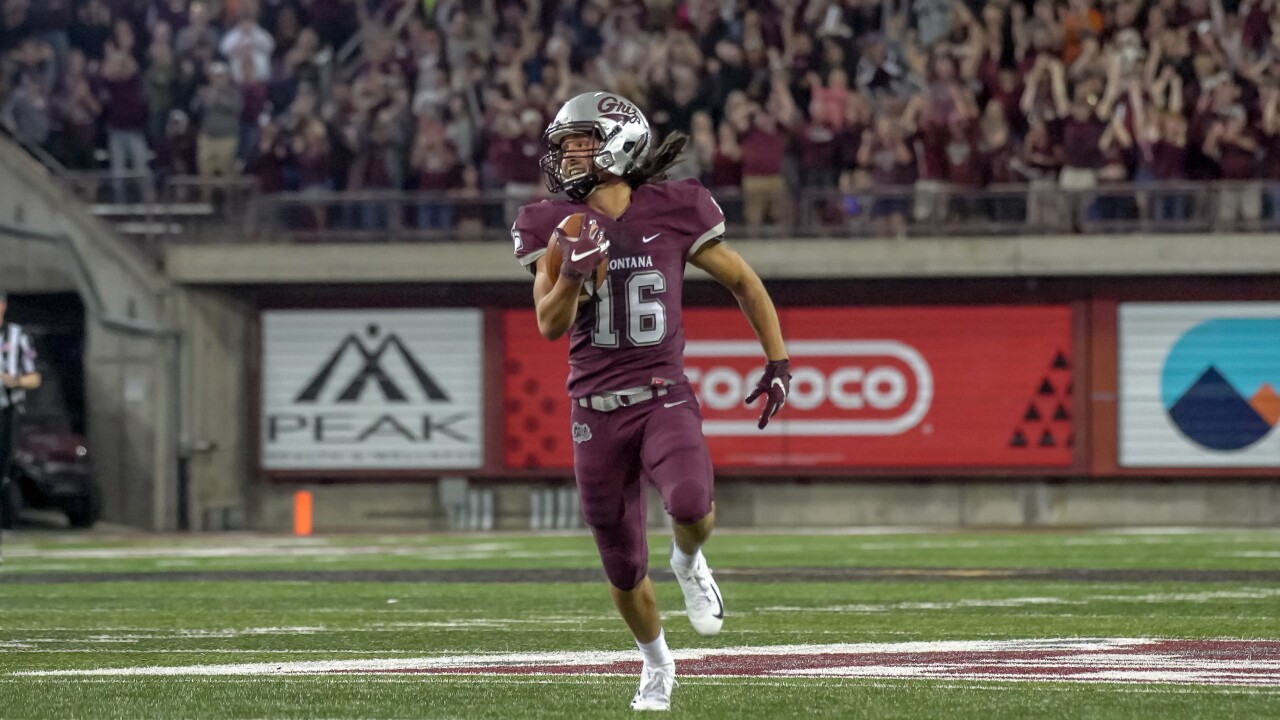 MISSOULA -- For any of the 24,000-plus that packed Washington-Grizzly Stadium on Saturday night or the tens of thousands watching from home, the following news will come as no surprise: Montana punt returner Jerry Louie-McGee has been named the ROOT Sports Big Sky Conference Special Teams Player of the Week.

With chants of "Jerry! Jerry! Jerry!" ringing out around the stadium every time he stepped back to return one of seven North Alabama punts, Louie-McGee had a special teams night to remember in front of the hometown crowd.

The senior from Coeur d'Alene, Idaho turned a big third quarter for the Griz into a blowout third quarter with just under three minutes left when he juked his way to a 74-yard punt return for a touchdown in vintage Louie-McGee fashion.

The TD was the icing on the cake for an already spectacular return game, where he averaged 30 yards per kick over five different return opportunities for a total of 150 yards -- most in a game by any player in FCS football so far this season by a nearly 40-yard margin.

The performance etched his name in the Montana record books, as well. Louie-McGee is now tied for the most career punt return touchdowns of any Grizzly with Marc Mariani (2006-09) and Levander Seagers (2001-04). The 150-yard total is also good enough for the second-most in UM history, passing Tuff Harris' 142-yard total against South Dakota State in 2006, and now sitting behind Mike Rice's all-time mark of 245 against Weber State in 1985.

Unsurprisingly, Louie-McGee is currently the Big Sky and FCS leader in punt return yards this season with a two-game total of 156 yards, and is also the second-best in punt return average (27.8) so far this season in FCS football.

This is the second Big Sky Special Teams Player of the Week honor for Louie-McGee, who earned his first after breaking onto the scene in 2016 after scoring his first punt return touchdown at Northern Iowa.