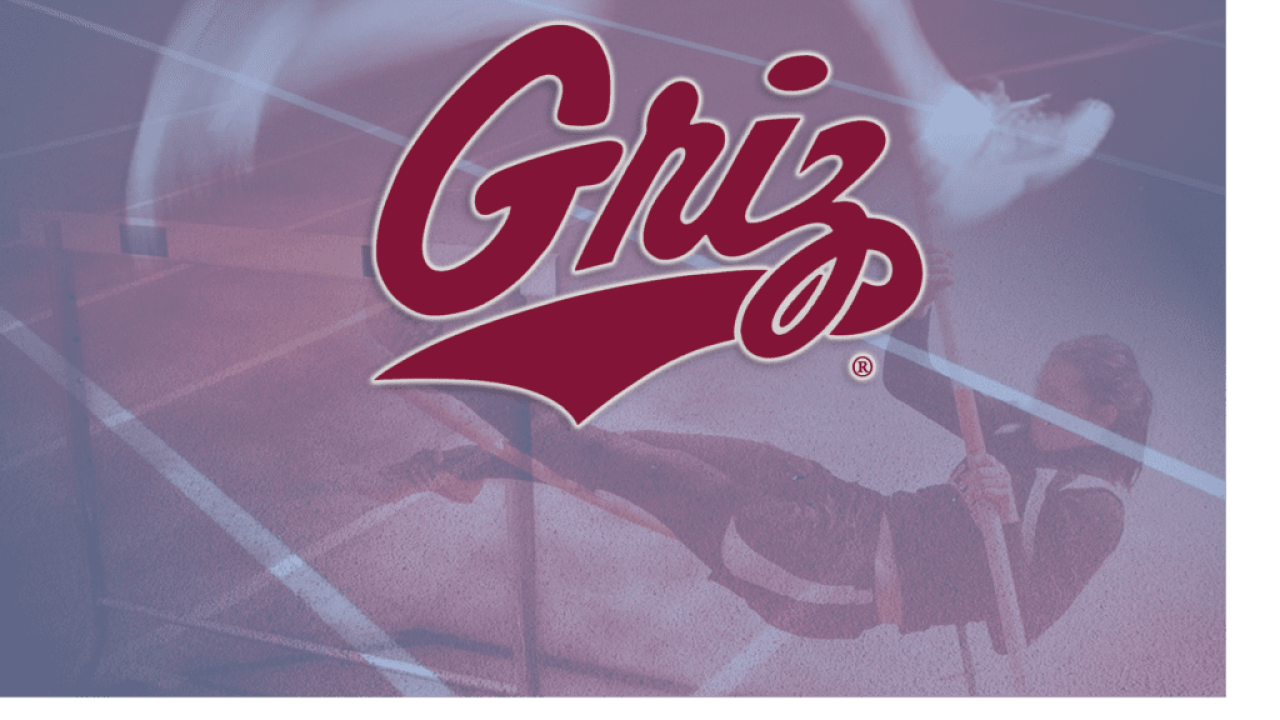 MISSOULA - Traveling from Laramie, Wyoming – where he worked – to Spokane, Washington – where his family resided – Paul Barrett had made the drive along I-90 through Montana enough times that he knew it would someday be a great place to live and work.

He had seen it from the interstate many times, but also firsthand, back in 1987, when he was a young thrower for Spokane Community College. Competing in a meet at Dornblaser Field, Barrett had multiple personal bests that afternoon, one of the highlights of a strong career that in 2013 earned him induction into the school's hall of fame.

"The first thing you notice is the mountains," Barrett reflected on his first trip to Missoula. "I grew up in western Kansas where these was nothing to see. But in Missoula, there was the beauty of the track, the campus and the city.

"Since then, for more than 30 years now, the beauty of Missoula has been engrained in my mind."

Barrett was recently hired by Montana track & field coach Brian Schweyen to become the school's new throws coach, after David Paul departed earlier this summer to move to Washington and pursue a career in education. Barrett brings to Missoula nearly three decades of experience, including a resume that is highlighted by 19 All-Americans and an NCAA champion coached.

"He has a vast knowledge of all of the throws, he's open minded and he knows exactly what needs to happen from a recruiting and organizational standpoint," Schweyen said of Barrett. "Truly, I think we're very fortunate to have someone with that kind of experience here."

Schweyen feels fortunate to have landed Barrett, but the hire nearly didn't happen. Barrett wasn't on Schweyen's initial radar, keeping a low-profile search to find his newest coach. It wasn't until his staff called Barrett as a reference that the veteran coach spoke up, saying he, in fact, would be interested in the position.

A short interview followed and right away, Schweyen knew he had his guy.

"I think we hit a jackpot," Schweyen said. "We completely lucked out, and it couldn't have worked better."

Barrett comes to Montana after 24 years at Wyoming, where he had plenty of success. The Spokane native also had stints at Kentucky (SEC) and Colorado (then the Big 12), but he quickly learned he had more appreciation for developing the under-recruited athletes and taking them to the next level.

After all, that's what Barrett initially was – an undersized kid from a small town, who had no formal coaching. He was under-recruited, so he went to the local junior college, working his tail off to earn a scholarship at a four-year school, which he eventually did at Washington State.

The resources and talent at schools like Kentucky and Colorado were eye-opening, but ultimately, the passion, for Barrett, is at a school like Montana.

"I have more appreciation for developing those athletes who aren't necessarily blue chip," he said. "I get satisfaction out of helping the lower-tier athlete get to elite status."

Like he did at Wyoming, he'll again have the opportunity to do so at Montana. The Grizzlies have built a strong foundation in the throwing events, most recently headlined by Hana Feilzer, who earned a trip to nationals this past spring in the hammer throw, finishing 17th in the country. In the past seven years, Montana has had five conference champion throwers, not to mention numerous other all-conference performers.

"What Montana has to offer in terms of facilities and campus is on par with other places I've been around," Barrett said. "Plus, there's a solid nucleus of throwers who have had great success with Coach Schweyen and Coach Paul, so I'm just trying to build upon that and see if we can raise the bar a little more."

Barrett says he always had a passion for throwing, particularly the hammer. He also, instinctively, has always been a coach. With no formal coaching at any level, Barrett took it upon himself to be his own coach, and guide his teammates.

"I never had a coach, ever, in any aspect, so I learned it myself and instinctively started helping the other throwers," Barrett said. "It was a natural thing for me."

After graduation, Barrett intended to become a strength & conditioning coach, but when Wyoming called to offer him a job that split his time between the weight room and the track, he agreed, allowing himself to combine his two passions into one job. Following his time at Wyoming were stints at Kentucky and Colorado, before being rehired at Wyoming under a new coaching staff.

It was there, that his career really took off. A few years into his second stop in Laramie, Ryan Butler won a national title, becoming the best weight thrower in the entire country.

"I was fortunate enough to have Ryan early on," Barrett said. "He was someone who never learned the event and was just a raw talent with no bad habits. I got to sculpt him like clay."

In addition to Butler, who was an All-American in the weight and hammer, Barrett coached a plethora of other record holders, including 19 All-Americans, 32 conference champions and 114 all-conference performers.

"When Ryan won an NCAA title, that really spawned better recruiting, and we kind of built on that," Barrett said. "We consistently had a solid crew."

At Washington State, Barrett was a Pac-10 finalist in the hammer throw. He began his collegiate career at Spokane Community College, where he was a three-time NWAACC conference champion and three-time JuCo All-American in the hammer and discus. He graduated from Washington State in 1991 with a bachelor's degree in recreation leisure studies. He has two grown daughters, Kala and Kelsey.