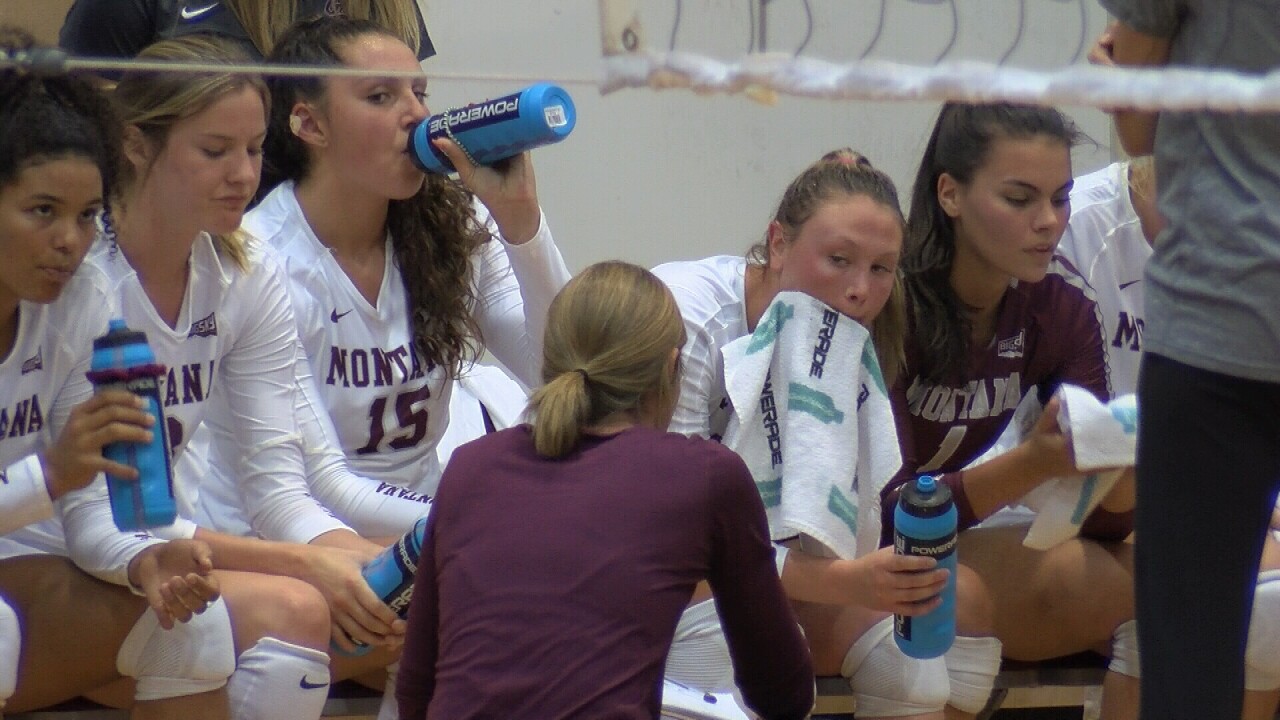 MISSOULA -- On Thursday morning the Big Sky Conference announced that the rest of the fall sports would be pushed back to the spring of 2021, just like football.

For the University of Montana, that means soccer, golf, cross country and volleyball will attempt to play their seasons in the spring.

While it was a decision many predicted, both the soccer and volleyball head coaches at Montana are glad they finally have some direction for the first time in a while.

“I just think hearing it out loud and sort of seeing the writing on the wall in a more official way," said UM volleyball coach Allison Lawrence. "Rather than focusing on the loss or some sort of heavy feeling in the moment it also made me more excited just to be able to move forward.”

“We all just want direction and leadership," added UM soccer coach Chris Citowicki. "Tell me what to do, I’ll do it. That’s what our student-athletes want, that’s what we wanted. You’ve told us what to do, fine, here we go. Can’t whine about it, just got to accept it.”

Over the course of the past five months, a lot has changed. Lawrence said that being in Montana, at the beginning of the pandemic, she wanted to get out on the court and play a fall season. But as time went on her opinion of a fall season changed.

“There were parts of me that just wanted to play. I think large parts of our athletes wanted to get out there and do what they do, but I think when your perspective widens and you see the challenges across the national landscape, there wasn’t a lot of clear ways and paths to where it was going to be feasible, especially with the amount of testing that we would have to do. So I trust the decisions that have been made," said Lawrence. "Safety has been the No. 1 priority for all the decision-makers and they have a lot of information that I don’t. So, I trust their decisions and I feel like just having a decision gives us more confidence than anything.”

Citowicki agreed with Lawrence that it was the right thing to do.

"I think it's just the right decision now," said Citowicki. "With how long it's gone on, we got to pull the plug, then fine, refocus."

While some programs may struggle with players graduating in the fall or winter, that isn't the case for UM's soccer and volleyball programs. However, if the season can't get going by spring there will be some major impacts.

“We are in a spot where you’ve got Claire Howard, she’s close to setting the Big Sky record for shutouts," said Citowicki. "She’s already in grad school. Does she want to come back? Yes. Can we financially afford to bring her back? I don’t know. And so we have a list of people that could potentially want to come back, whether or not we could make it work is a completely separate question.”

For volleyball, it's even less of an issue. Montana has one lone senior in grad transfer Peyten Boutwell. Thirteen of the 16 players on the roster are either freshmen or sophomores.

"In a lot of our young players, there’s a sense that there’s an immense amount of value in having more time to form as a team before we play," said Lawrence. "Normally, we get two-and-a-half weeks before we play a big team like Oregon State and our freshmen have been in college volleyball for two weeks. So I think there are some silver linings that people are really grabbing onto right now."