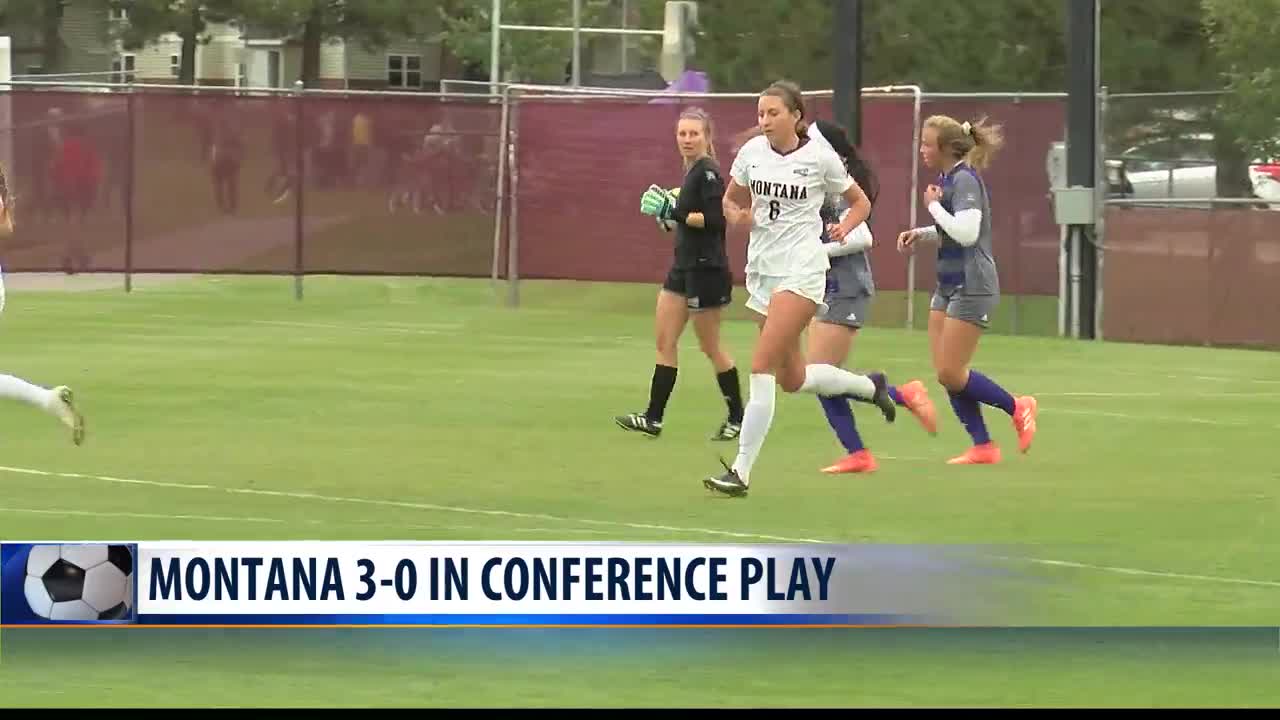 MISSOULA — In 2014, the Montana Grizzlies soccer team went undefeated in the Big Sky Conference to claim the regular-season title. In 2019, the Griz are 3-0 to start conference play for the first time since that magical 2014 season.

Including the preseason, Montana's defense has been stellar, as expected. Through the first 12 games, the Griz have given up 13 goals, the second-best mark in the conference behind Sacramento State.

On the other side, the offense has been doing its part. The Griz struggled to score goals in 2018 and it seemed that issue spilled over early in the preseason in 2019, but they've since looked like a different team. They still haven't scored more than two goals in a game, but they have been creating more opportunities, with more than eight shots on goal per game.

"The forwards are making amazing runs, we are getting on the end of balls that we should have been. Our crosses are going into the right spaces and we are getting the little details right finally," said junior Taylor Hansen.

However, the next opponent, Northern Arizona, doesn't just present a tough challenge as a team, but the weather can play a factor there, as well.

"Going up to NAU, I feel like they are a very good team. They started off non-conference quite well, they've had some very good results. Playing up there on a Friday night, it's going to be a maximum high of 50 (degrees), so I'm guessing by the time kick off rolls around it'll be 40 (degrees) and by the time we're done it'll be in the 30s," said head coach Chris Citowicki. "It's going to be cold, it's under the lights, it's a tough place to play and they are very competitive. It's a hard one. Our full focus is on Friday and then Sunday is what Sunday is but first and foremost get up there and compete well."

The Montana Grizzlies (3-0) travel to Flagstaff, Ariz. to take on the Northern Arizona Lumberjacks (1-1-1) on Friday, Oct. 11 before heading to Cedar City, Utah to take on the Southern Utah Thunderbirds (0-3) on Sunday, Oct. 13.