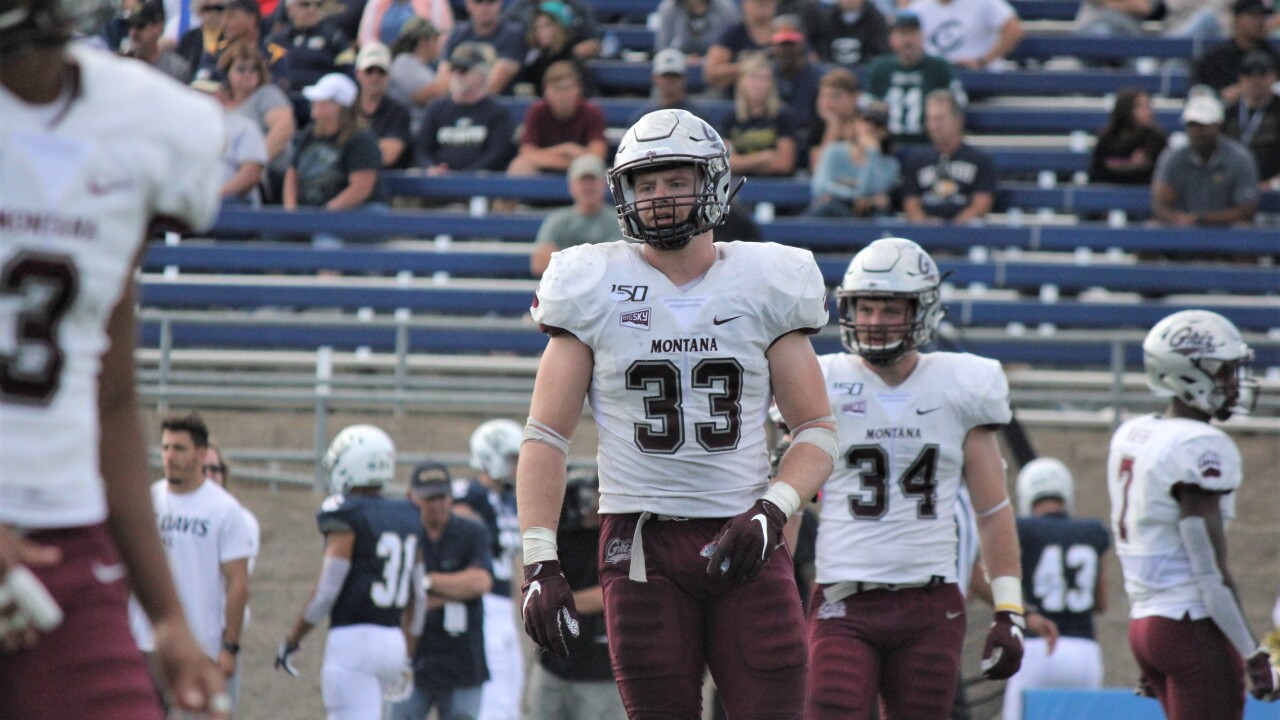 The senior also recently accepted an invitation to play in the East-West Shrine Bowl, one of the premier postseason All-Star games.

The honors come after Olson completed the regular season with the most tackles (151) in the Big Sky Conference and FCS football for a second-straight year. He posted eight games this season with a double-digit tackle total, including a season-high 18 stops against both ISU and MSU and a game-high 14 tackles (10 solo) against FBS Oregon. He currently leads the Griz in tackles for loss (9.5) and has also posted 2.5 sacks, one interception, one pass breakup, two quarterback hurries, a fumble recovery and a forced fumble.

In only two years as a starter, Olson has racked up 302 total tackles 23 games, an average of 13.1 stops per contest in his illustrious career.

Not only is he one of the most dominant players in the country, he was named an NFF National Scholar-Athlete and finalist for the William V. Campbell Trophy, and also named the AFCA Good Works Team for his community service involvement.

Olson, who began the season on the Buchanan Award Watch List and finished the 2018 season as one of the top three vote-getters, is one of 26 finalists for the award that honors the National Defensive Player of the Year, and one of only three players from the Big Sky Conference to earn a place on the list.

A national panel of over 150 sports information and media relations directors, broadcasters, writers and other dignitaries will select the winners. Voting is based on the regular season and will conclude on Monday, Dec. 2.

All four STATS legacy awards and the STATS FCS Doris Robinson Scholar-Athlete of the Year will be celebrated at the STATS FCS Awards Banquet and Presentation, scheduled for Jan. 10 in Frisco, Texas, on the eve of the national championship game.

Olson will also go compete alongside the nation's best at the 95th Annual East-West Shrine Bowl – the longest-running college football all-star game in the nation - set for Jan. 18, 2020 in St. Petersburg, Florida.

In following with Olson's history of community service, the East-West Shrine Bowl has benefited Shriners Hospitals for Children and its mission to provide advanced care for children with orthopedic conditions, burns, spinal cord injuries, and cleft lip and palate, regardless of the families' ability to pay for services.

Players and coaches visit a local Shriners Hospitals for Children during game week to meet the patients and gain a greater understanding of the importance of the game, according to the Bowl's website.

Olson is now the twelfth Grizzly in program history to earn a place on the Shrine Bowl roster, with Tyrone Holmes last representing the team in 2016 before going on to be selected in the NFL Draft.