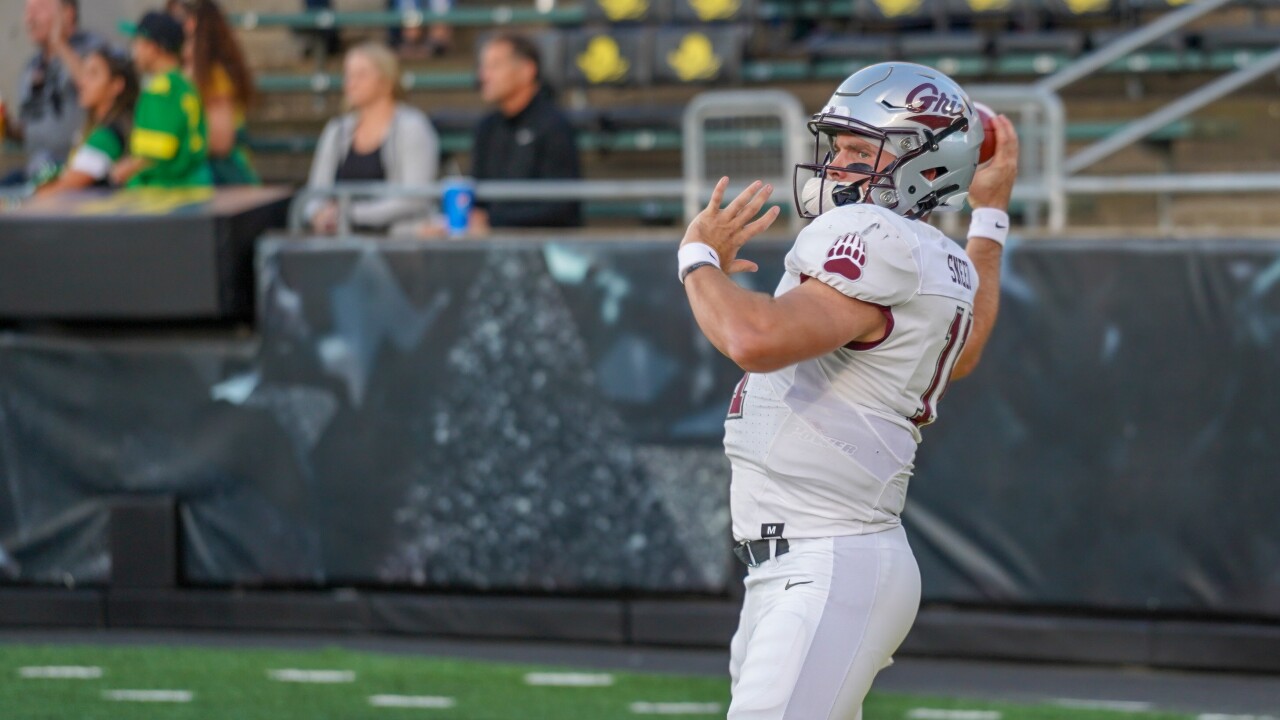 MISSOULA -- Despite missing two games to injury, Montana senior quarterback Dalton Sneed has posted some of the best overall numbers in FCS football this season, averaging nearly 320 yards of total offense per game.

On Tuesday, the College Football Performance Awards (CFPA) recognized him with a place on its midseason FCS National Performer of the Year watchlist, a 34-man whos-who list of the best players in the subdivision.

Sneed, from Scottsdale, Ariz., has thrown for 2,019 yards in 2019, already one of the top 30 seasons by any QB in Montana history in just seven games. He's currently ranked No. 12 on UM's all-time passing yards list as well with 4,742 yards to date. His career total of 37 passing TDs is also the twelfth-best in UM history.

But Sneed has really made his mark in overall QB play, currently ranked third in UM history in total offense per game with an average of 313 YPG, close behind Dave Dickenson's career average of 329.2 YPG and Drew Miller's 327.8 YPG. Sneed is also currently third all-time at Montana in passing yards per game with 263.4 YPG, trailing Miller's Big Sky record 327.8 YPG and Dickenson's 316.6 YPG.

The 2019 CFPA FCS National Performer of the Year Trophy is a 22-inch K-9 optic crystal tower with eight-inch crystal football on top. All FCS players are eligible for the award. The award winner will be announced on January 15, 2020.

Sneed has missed Montana's last two games against Eastern Washington and Portland State but is expected to practice this week in hopes of returning to action on Saturday when the Griz host Idaho.

Sneed is one of five players and four quarterbacks from the Big Sky Conference to earn a place on the list. Also included on the list is Monmouth QB Kenji Bahar, who Montana defeated 47-27 on week three.