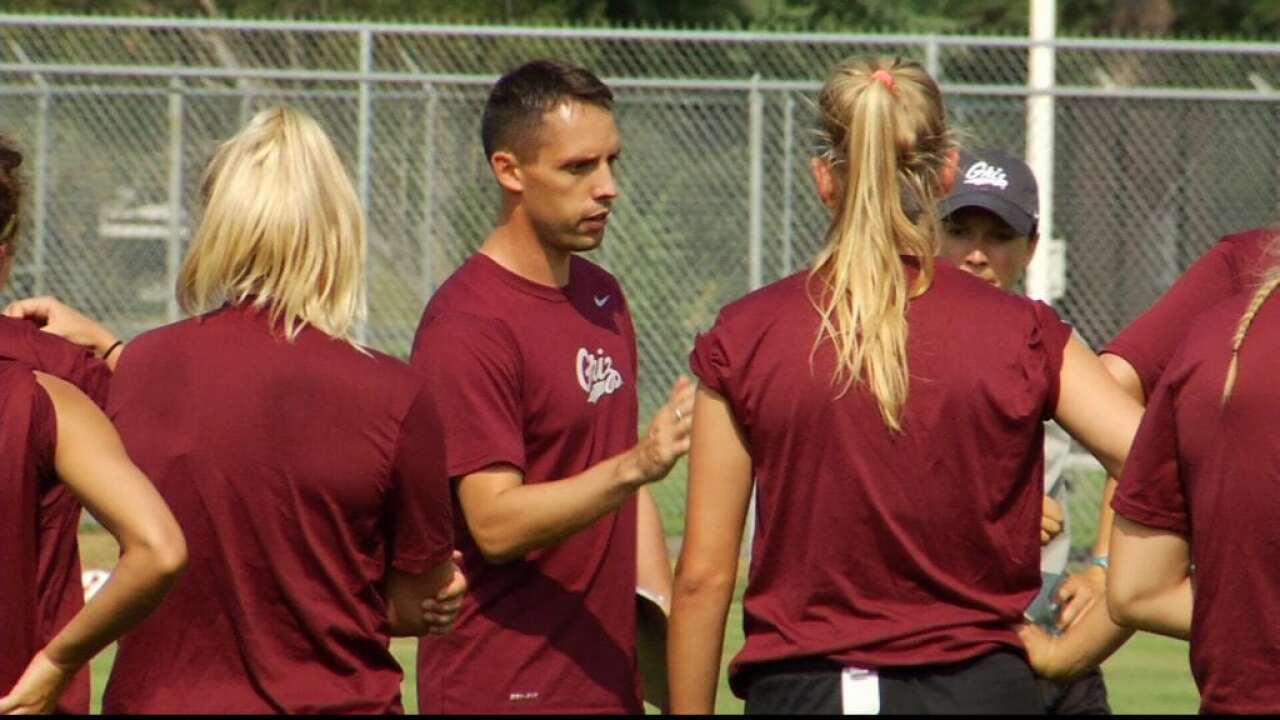 MISSOULA -- The start date may still be a moving target, but when the Big Sky Conference soccer season does finally commence, one thing is certain.

Montana, with all 11 starters back from a squad that won the 2019 regular-season title, will be the team everyone is looking to knock off.

The Grizzlies came out atop the Big Sky preseason coaches’ poll that was announced on Tuesday, the program’s first time atop the poll since 2001.

“It’s the spot you want to be in,” said third-year coach Chris Citowicki. “You can’t say you want to be competitive and then fold under the pressure of it.”

In Citowicki’s first year, the 2018 season, his team quietly tied for fifth but confidently rolled through the Big Sky tournament in Ogden, Utah, as the Grizzlies advanced to the NCAA tournament for the first time since 2011 with three wins in five days, all by shutout over higher-seeded opponents.

To everyone outside the program, that team, with little expected of it, came out of nowhere.

Last year Montana was picked third but won the regular-season title on the final day of the season with a 1-0 victory at Eastern Washington. And just like that, the Grizzlies became the hunted.

Facing No. 4 Northern Colorado on the Bears’ home field in Greeley, top-ranked Montana fell in overtime in the semifinals of the Big Sky tournament last November, done in by both Northern Colorado and the weight of what everyone was expecting.

Now? Those expectations are back and heavier than ever, but they only become burdensome and a distraction if a team allows them to be.

“It’s the next piece,” says Citowicki. “Last year we went into the postseason as the No. 1 team and didn’t handle that well enough, and we paid the price.

“It was a lesson very well learned, and you have to go through that to be ready for the next piece. This is the next piece we have to get used to. It’s the next step in our development as a program.”

It’s not just the 11 starters who are back. The program didn’t lose a single letterwinner. Eighteen return. Add in a high-scoring senior transfer and a decorated incoming freshman class of six, and the biggest challenge Citowicki may face is how to manage all that talent.

“It’s not just the seniors to be excited about,” he says. “It’s the incoming freshman group and what they offer, what our sophomores offer, the juniors. It’s perfect.”

Montana allowed just two goals and only 31 shots on goal in nine league matches last fall as the Grizzlies went unbeaten at 6-0-3.

“The team that is the most consistent is the team that will win in the end. That was what we got last year. We tied a few games, but we only got scored on twice,” says Citowicki.

“We were extremely consistent defensively and got the job done upfront when we needed to. That’s why we won the regular season.”

The players who scored all 15 of Montana’s goals last season are back, headlined by Alexa Coyle and Rita Lang, both of whom scored four times. Seven of their eight goals came after Oct. 1.

McKenzie Kilpatrick and Kendall Furrow, outside back by position but end-to-end threats by Citowicki’s urging, both scored twice in the fall, with Furrow’s header in the 79th minute at Eastern Washington clinching the regular-season title for the Grizzlies.

They will be joined by senior forward Mimi Eiden, who totaled 12 goals and seven assists in three seasons at North Dakota.

Two of Montana’s six incoming freshmen are forwards as well. Both were big scorers at the prep level.

“We played a team last year and I talked to the coach afterwards. He said, if you had more speed to get in behind, it would add another layer of attack and make you a lot more dangerous,” Citowicki says.

“That’s what we’ve been lacking. Mimi gives us another dimension, and with the depth we’ve added up front, we have more players who can make a difference for us. We’ll have more variety in our attack now.”

The four teams that played in the semifinals of the Big Sky tournament last season all collected first-place votes by the league’s coaches in this year’s preseason poll.

The Big Sky schedule, as it’s currently constructed, has both Northern Colorado and Eastern Washington traveling to Missoula during the upcoming season, on back-to-back weekends.

In an effort to reduce costs and to keep multiple teams from converging on one location, the Big Sky will go without a conference tournament for the first time in its history when and if a season is played.

The regular-season champion will advance straight to the NCAA tournament.

A team’s margin of error, its buffer against a disappointing result, used to be the size of the tournament field. A team had to play just well enough in October to get its shot at the title in November. For the upcoming season, that leeway has been removed.

“We’ve always said, every game matters, as long as you get to playoffs,” says Citowicki. “Then every game really matters, because then it’s the end of your season.

“Without a tournament, you can’t go 50-50 on weekends. You can’t split a weekend if you want to win the conference. It’s all out. Every game is 100 percent.”

Under those conditions, Citowicki has the type of team to get it done: experienced upperclassmen across every position, a dominating defense, an offense that should be improved, a Big Sky schedule that has five of nine matches at home.

And a group that knows the importance of bringing it every match, no matter the opponent, and has something to prove after coming up short a year ago.

“It’s nice bringing everybody back. It’s nice to have experience,” Citowicki says.

“It’s always going to be tough, but now that we have a target on our backs, it’s going to be even more difficult. But that’s the exact spot you want to be in. That’s what we’ve been working towards.”