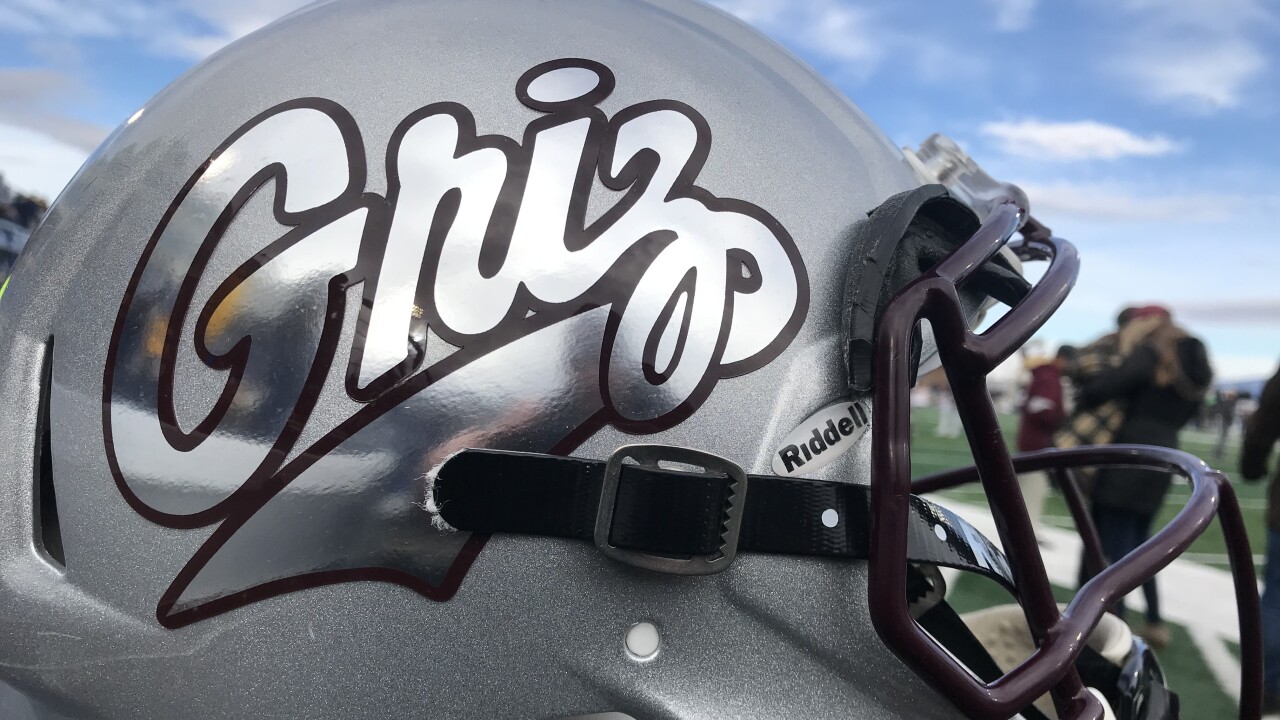 MISSOULA -- A pair of recruiting journeys years in the making came full circle for Grizzly head coach Bobby Hauck and his staff this week with cornerback Justin Ford and linebacker Justin Belknap officially transferring to Montana.

Ford, who was initially recruited by Montana cornerback coach CJ Cox out of Golden West Community College in 2018, comes to Missoula after one season with the ACC's Louisville Cardinals.

"Justin is a guy who has been on our radar for a long time. It's good to finally get him here in Missoula," said Hauck. "I think he can make a difference for our secondary, specifically at cornerback, and I'm really excited to get a chance to coach him.

Belknap, who was on Hauck's radar during his time at UNLV and went to high school with Grizzly safety Robby Hauck in Las Vegas, comes to UM as a graduate transfer after five years with Pac-12's Arizona Wildcats.

"I've always had high regard for Justin's athletic ability," added Hauck. "Certainly, with the youth and inexperience, we have at linebacker, adding a player with his ability and experience will help that group. I'm excited about his opportunity here to make a difference for this football team."

Both have reported to Missoula in time for preseason workouts.

Ford, a 6-foot-2 native of Concord, N.C. (Cox Mill HS), was considered one of the top junior college prospects in the nation before transferring to Louisville, where he suited up for an 8-5 Cardinal team that won the Music City Bowl. He didn't see action, however, due to injury.

Before Louisville, Ford played two seasons at Golden West (Huntington Beach, Calif.), where he tallied 41 tackles and three interceptions, collecting 31 tackles and a team-high three INTs in 2018. He was considered a top-100 junior college prospect by recruiting services Rivals and 247Sports, ranked as the No. 88 overall recruit and No. 12 cornerback in the country by Rivals, and the No. 99 recruit and No. 11 JC corner by 247Sports.

After receiving interest from Montana, Auburn, Boise State, Iowa State, BYU, and Colorado as a three-star prospect, Ford originally committed to play at Kansas before choosing to play at Louisville.

"Coming out of JUCO, I actually got very familiar with Coach Cox and Coach Hauck, but I ended up going to Louisville. So, when I decided to transfer, I already had a relationship with the Montana staff and understood the team's blue-collar mentality and the direction they're trying to head. It's the same thing for me.," said Ford, who is now the third FBS transfer to join the Grizzlies at cornerback this offseason.

"With guys like Omar (Hicks Onu) and TraJon (Cotton) there, and me coming in, I feel like we'll have a dominant back end. We already play good defense, so we're just going to get after it. That's ultimately what made my decision, knowing what we could do with the special group we have."

After spending the first football season of his career watching from the sidelines at Louisville, Ford says he's excited to get back to action and says he felt the Montana mentality provided the best fit.

"I know Missoula is all about football. It's first priority for me, and I feel like it's the same way here. It's a get-it-done mentality, and I feel like that's what I bring to the table," said Ford.

Ford joins the team as a redshirt-junior, with two seasons of eligibility remaining.

Belknap, a 6-3, 245-pound linebacker originally from Henderson, Nev., comes Missoula after five years in Tucson, holding a long history with the Hauck family. After graduating from Arizona with a season left to play, Belknap says the relationship helped him make his decision to come to UM, but input from another Grizzly great helped as well.

"I was a senior when Coach Hauck was coaching at UNLV, and Robby was a freshman when I was on varsity, so we've just been friends ever since," said Belknap.

"I also knew Dalton Sneed, through a couple of people, so when I entered the transfer portal, I talked to Robby and Dalton. Then Coach Hauck reached out to me, and we just took it from there.

Belknap played in 38 games for the Wildcats, making 54 career tackles, 4.5 sacks and 6.5 tackles for loss in four years. A former walk-on, he was on his way to being a three-year starter before an injury as a junior in 2018 set him back. After receiving a medical redshirt from the NCAA, Belknap will have one year of eligibility remaining.

Ford and Belknap are now the fifth and sixth FBS transfers to come to UM on scholarship this offseason. Also signing scholarship agreements were South Florida quarterback Kirk Rygol, Nebraska offensive lineman AJ Forbes in addition to Hicks Onu and Cotton out of Oregon State.