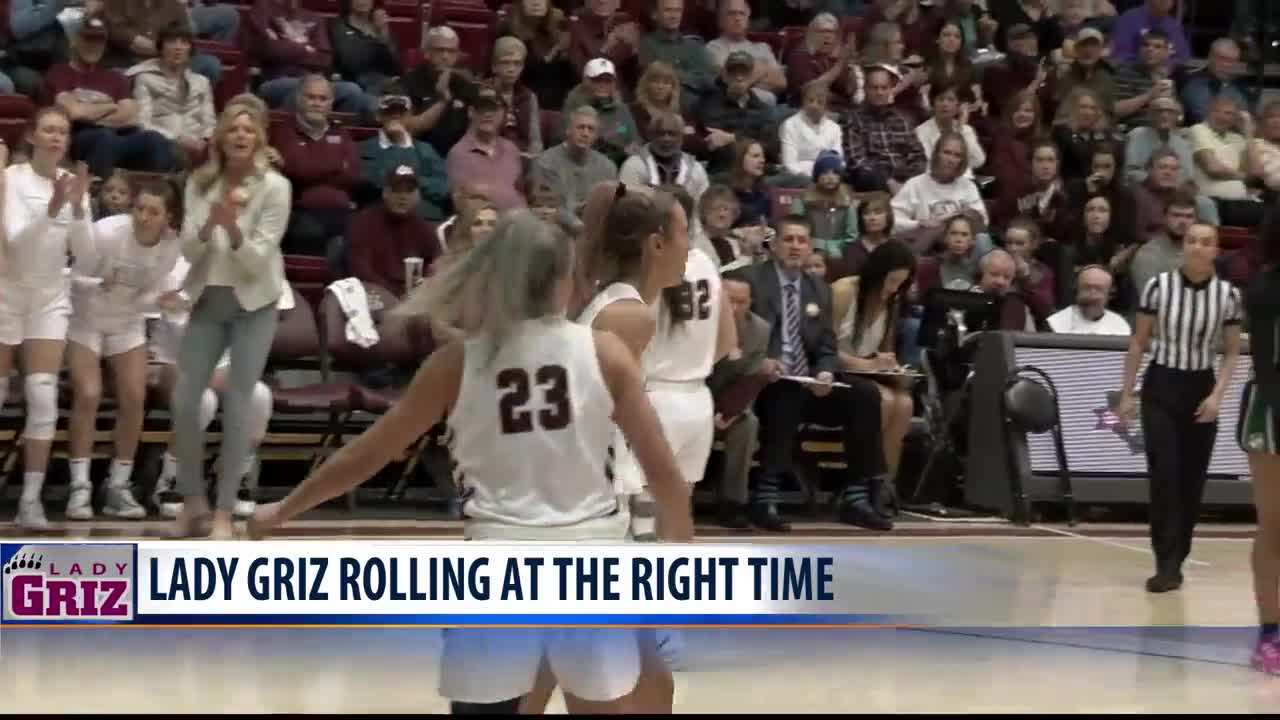 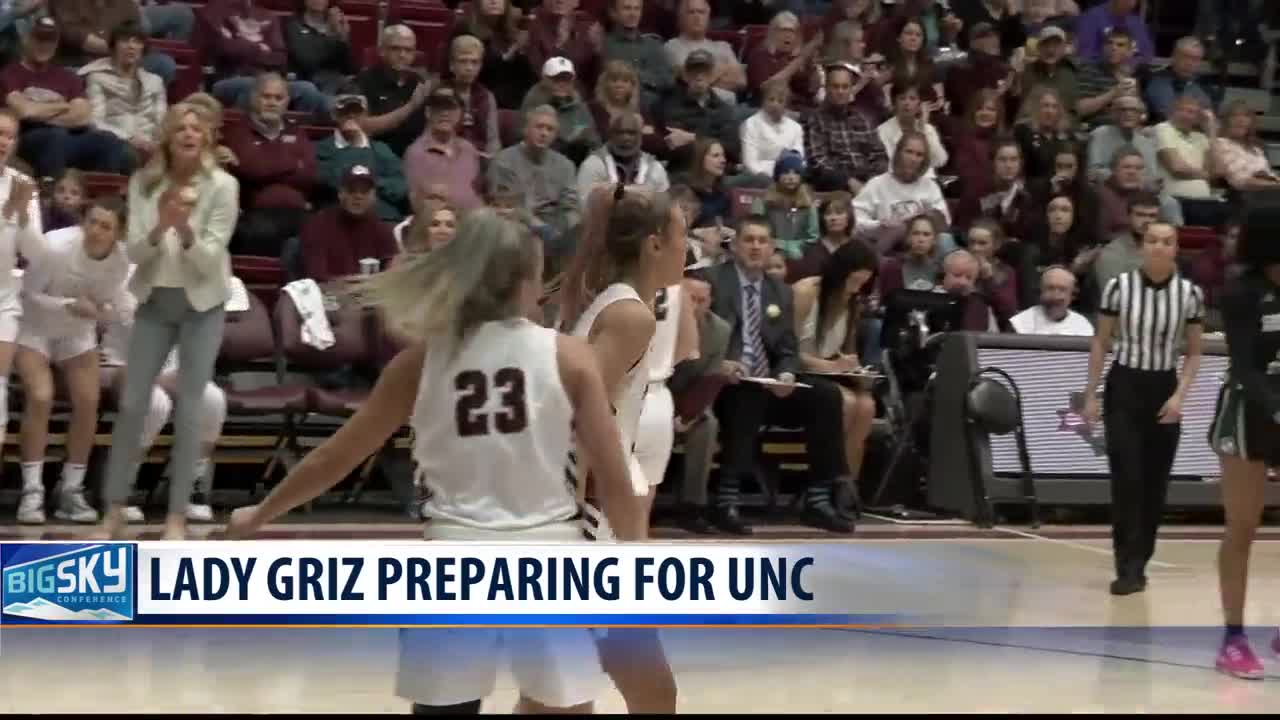 MISSOULA -- The Montana Lady Griz are coming off two big wins but still fighting for that first-round bye at the Big Sky Conference tournament, which starts begins March 9 in Boise..

Montana is coming off two straight losses followed by two straight wins to get it back into the fifth seed, the final spot that secures a first-round bye.

The Lady Griz still have two more games to play in the regular season, both on the road. They'll take on Northern Colorado on Wednesday night, followed by Southern Utah on Friday night.

Both games are extremely important if they Lady Griz want the bye, and they aren't shying away from talking about how much these games matter.

"I think this group is mature enough to emphasize it," said head coach Shannon Schweyen. "They're aware of what's at stake here, knowing that one less game to play is a big deal at this time of year. So, I think they're fired up and understanding that if we can take care of business at least we're in control of our own destiny and let's make the most of it."

Montana's first test this week will be a Northern Colorado team that it lost to at home on Jan. 4.

Not only is the game important for the Lady Griz, but UNC is the team that sits two spots behind them in the standings at No. 7. Now, almost two months since that first meeting, the Lady Griz will have to prepare for an opponent they haven't seen in a long time.

"Watching the video, we can certainly play a lot better than we did in that game," said Schweyen. "We had some very costly turnovers down the stretch that kind of helped ice things for them. It was one of those games where you often feel like you beat yourself a little bit. We've got to go down there with some intensity on defense and play like we got a lot to play for, which we do."

"(UNC guard Alexis) Chapman, she's pretty good with the ball handling, she hit some 3s that really put us in a bind," said senior forward Emma Stockholm. "Their posts work extremely well down low, they've got plenty of size, so it's going to be a good matchup for us. We're excited to see what we are going to do."